At the New York Times, Wednesday's print edition version of Adam Goldman's and Matt Apuzzo's story on Deputy Director Andrew McCabe's departure from the FBI claims he "abruptly stepped down ... after months of withering criticism from President Trump ... (and) pressure from the head of the bureau ..."

That isn't where the Times started when news of McCabe's departure first broke Tuesday. None of the story's original or six subsequent iterations seen at NewDiffs.org mention the "insurance policy" controversy which has tarnished McCabe's tenure.

NewsDiffs tracks story revisions at several key publications, including the Times and the Washington Post. The two national news gatekeepers and the Associated Press routinely make old story versions disappear, making it difficult to track how they cover up initial errors and add biased perspectives.

... not a single media outlet, reporter, pundit, (or) tweet ... had predicted that the FBI's Deputy Director Andrew McCabe should be "expected" to "step down" on Monday.

That's correct. The common expectation was that McCabe would hang on until the end of March.

1:28 p.m. — Same headline, with eight new paragraphs of content, treating "the Trump campaign’s connections to Russian intelligence officers" as an established fact (after all this time, they're still only possible connections). 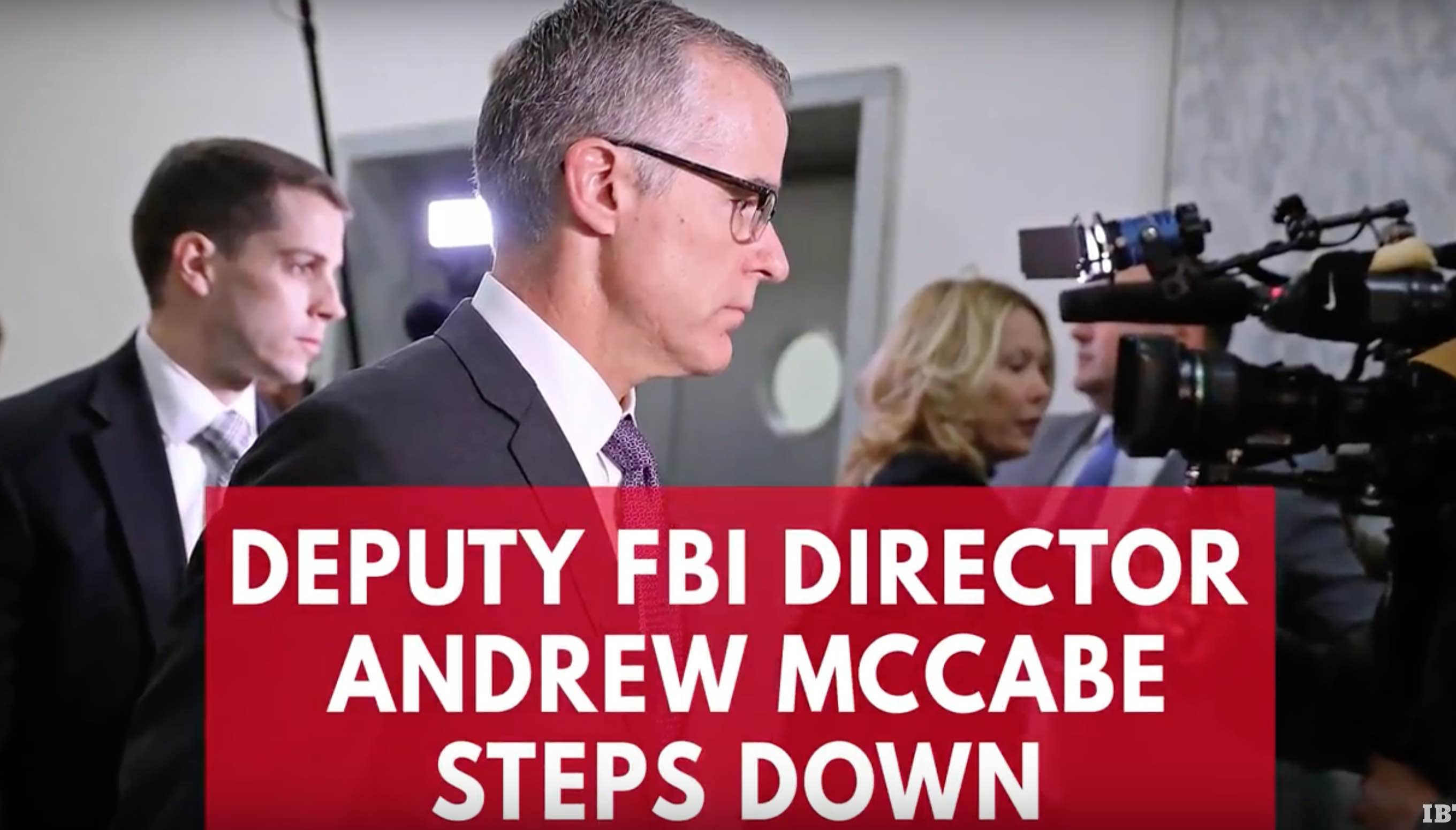 4:31 p.m. — Another new headline, "Andrew McCabe Steps Down as F.B.I. Deputy Director Under Pressure," with a virtually top-to-bottom rewrite. The original that expectation for McCabe's departure became "was widely expected soon," and the Times finally reported that McCabe, due to an impending Inspector General's report, was told to accept a demotion or leave; "Mr. McCabe chose to leave." Additionally, the reporters began to ramp up the Trump antagonism angle:

Mr. McCabe had become a political lightning rod over the past year, with Mr. Trump and his Republican allies accusing him of leading a politically motivated investigation ...

8:49 p.m. — Yet another significant rewrite, adding more Trump-bashing content, including citing his alleged "broadside attacks against both the bureau and the Justice Department." The Times also finally noted the widely-reported expectation that the IG's report will be "highly critical of some FBI actions in 2016."

The final 9:30 version went to print with the same headline and a few tiny edits, but the final web headline, which NewsDiffs didn't catch, was changed to "Taunted by Trump and Pressured From Above, McCabe Steps Down as F.B.I. Deputy."

All this, and the Times still couldn't find space for the "insurance policy" discussed in "Andy's office."