On Friday, the College of William & Mary announced that former FBI Director James Comey, a 1982 graduate, will "will teach a three-credit course on ethical leadership" beginning this fall. Establishment press coverage of Comey's assignment, coinciding with being named "an executive professor in education," has mostly avoided the myriad reasons why having him teach such a course is a horrible lapse in judgment by W&M.

W&M's course description tell us that:

Ethical leaders lead by seeing above the short term, above the urgent or the partisan, and with a higher loyalty to lasting values, most importantly the truth. 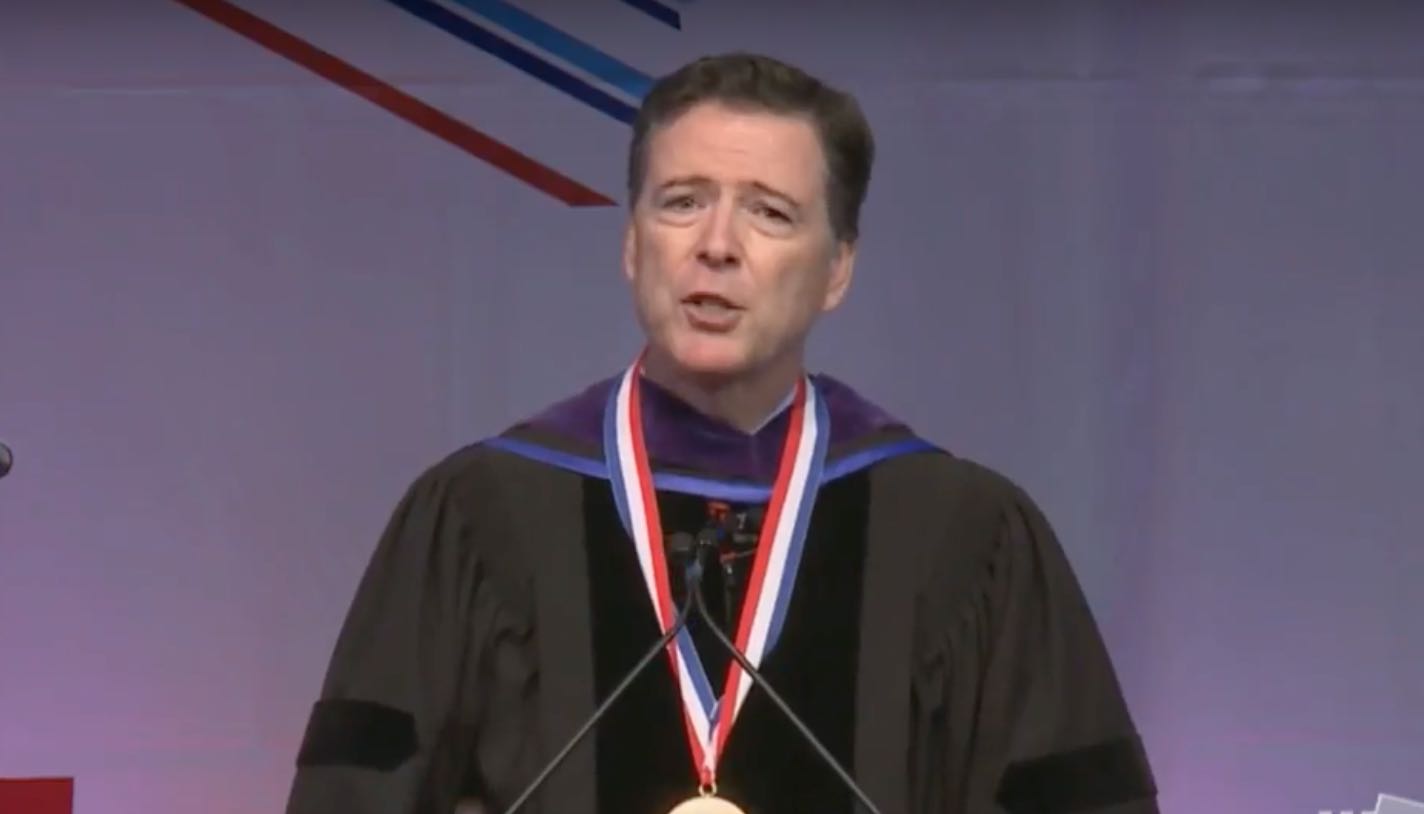 How Comey is qualified to be involved in teaching such a course is a mystery, unless he plans on using his career as an example of everything not to do.

Comey has been credibly accused of committing at least the following crimes and ethical lapses which should disqualify him from his announced assignment:

Reports at the Associated Press, The Hill, Reuters, the Washington Post, and Time.com all act as if that these and other matters either don't exist, or that they shouldn't cause anyone to question the propriety of Comey teaching an ethics and leadership course.

These press reports, when they have noted controversies during Comey's FBI tenure, have either mentioned that President Donald Trump fired him (apparently making Comey a perceived hero by default), or attacked him from the left, as seen in this sentence at the Richmond Times-Dispatch:

His controversial role in the email scandal surrounding presidential nominee Hillary Clinton is seen by experts as one reason the Democrat lost the 2016 election.

The press rarely misses an opportunity to play the sore-loser card over Mrs. Clinton.

A Tuesday Wall Street Journal editorial has tongue-in-cheek "advice on questions to discuss and speakers to invite" during Comey's course. Among them: "when a public official can choose to ignore rules and standards of conduct for what he considers to be higher purposes," with special appearances by Huma Abedin and Anthony Weiner (via video hookup from prison) serving as "ethical guides."