In a Friday radio interview, Hillary Clinton failed to answer a question about her hostile, orchestrated actions against women who credibly accused her husband of sexual harassment and assault during the 1990s. In the process, she accused the alleged victims of "misremembering or misinterpreting history."

The full Ingraham Angle interview segment, which also included alleged Clinton rape victim Juanita Broaddrick, was about what Broaddrick called the "sudden epiphany" many liberals and establishment press members are having about the credibility of Broaddrick, Jones, Kathleen Willey, Gennifer Flowers, and others. Neither of Ingraham's two guests are impressed, given that they were savagely attacked when it mattered most.

In the following snippet from that segment, Ingraham replayed a portion of Mrs. Clinton's Friday interview with WABC's Rita Cosby. Jones went off upon hearing it (HT Mediaite):

Transcript (links added by me for historical context; bolds are mine throughout this post):

LAURA INGRAHAM: Paula and Juanita, I want you to listen to something that Hillary Clinton said yesterday in an interview with our friend Rita Crosby on WABC. Let's listen.

HILLARY CLINTON: Every situation has to be judged on its own merits. And there are allegations that were disproved —

It's unfortunate that people are misremembering or misinterpreting history.

PAULA JONES: I'm not, I'm not — no-no-no-no-no-no, no. That is so ludicrous, what she just said. I mean, seriously? I cannot believe that that lady would say that. And nothing was misinterpreted. I know what happened to me in that room that day.

And I also know that there was some lady from the New York Times that had quoted — some Miss Goldberg lady — said that she believed Juanita, which I'm happy that she'd believe Juanita.

But she should believe me too. And she said that that was not true about me. Well, how would she know? Did she have some kind of relationship with him or something that she's been looking at his private parts?

Why would he settle if it had been thrown out at a lower court? People don't do that if you're not guilty.

Of course, the settlement agreement acknowledged no guilt on Clinton's part and contained no apology, but Jones is right. At the time of the settlement, her then-husband Steve correctly noted that "the payment amounts to an apology on its own."

For those who believe Ingraham engaged in selective editing to make Mrs. Clinton look bad, here, from a longer interview clip, is Cosby's entire question, followed by Mrs. Clinton's answer up to and including "misremembering":

RITA COSBY: Do you regret, though, not saying something, I guess, you know, supportive of the women? Because you've always said that women should be believe.d And yet George Stephanopoulos and others have said that you were part of the attacking the victims, the people who were making the allegations against your husband? Do you regret that? 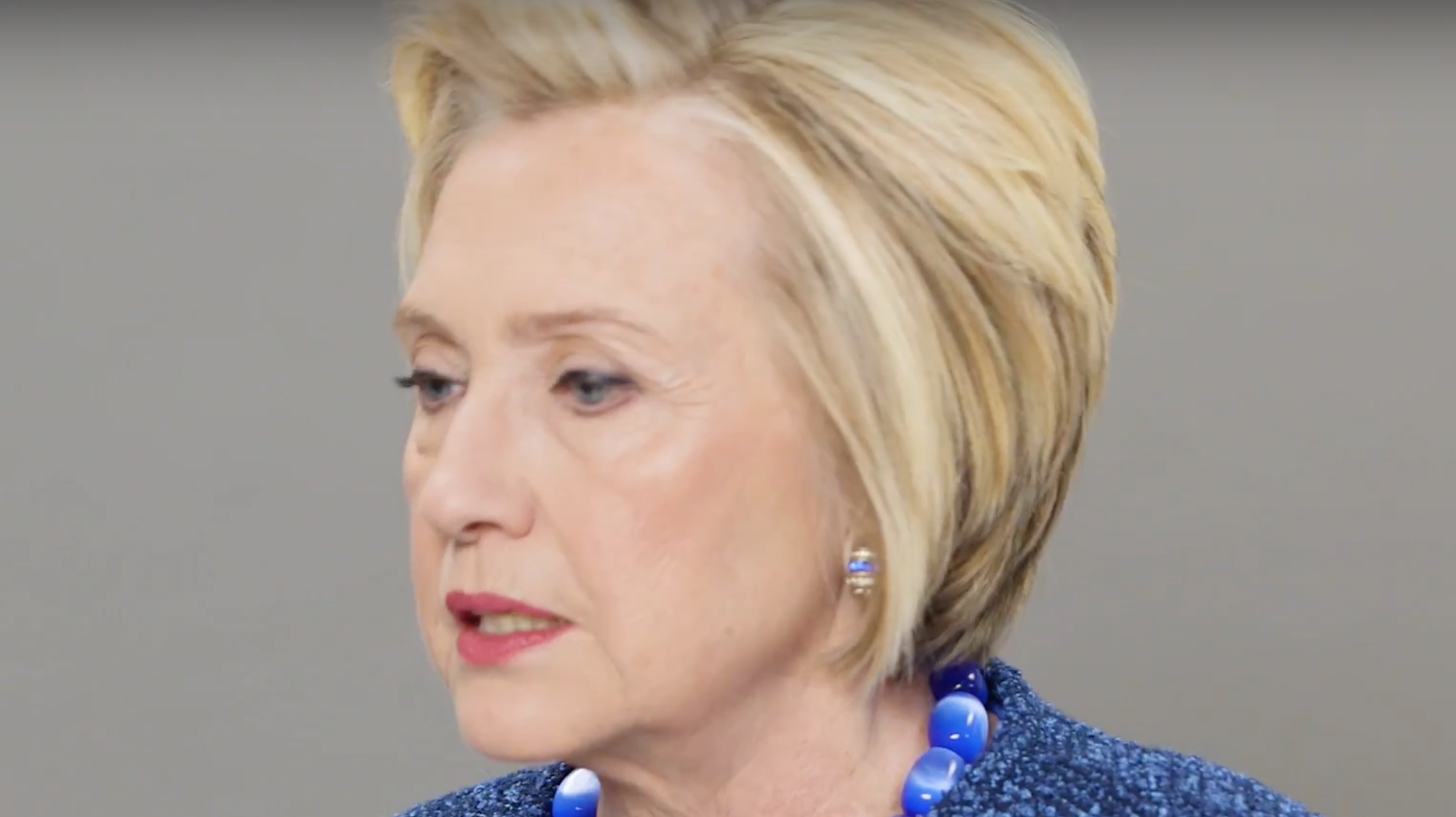 Of course you should give people who make such allegations the benefit of the doubt. That's what our system does. But then you have to investigate. And that fully happened in the late 90s.

And what we’ve got here is something very different. There’s been no commitment to investigate the more than a dozen women who’ve made charges against, uh, President Trump, and there’s been no effort to really go into and understand what he was talking about in his Access Hollywood tape. So, they are not parallel. And I think it’s unfortunate that, uh, people are either misremembering or misinterpreting history.

Mrs. Clinton could have saved herself and Cosby a lot of time by saying what she really meant during her extemporaneous dodging about whether she regrets what she did in going after Bill Clinton's victims. Her answer was really: "No."

A Google News search done at 10:45 a.m. Eastern Time on Sunday shows that only Mediaite, LifeZette, TheBlaze, and one other blog have recognized the existence of Mrs. Clinton's allegations that Bill Clinton's victims are "misremembering or misinterpreting history."