A Louisville Courier Journal item currently carried at USA Today by reporter Thomas Novelly seems to imply that Rand Paul deserved to be blindsided, tackled and to have possibly life-threatening serious injuries inflicted on him Friday afternoon.

After all, the headline reads: "Rand Paul is not a perfect neighbor" — according to the developer of the gated community in which Paul and Rene Boucher, the alleged perpetrator, both live.

Novelly's work relies heavily on discussions with Jim Skaggs, who the reporter described as "the developer of the Rivergreen gated community in Bowling Green, where the two men live."

Skaggs is much more than that, but let's first look at some of Novelly's content:

Rand Paul is not a perfect neighbor, says community developer

The history between U.S. Sen. Rand Paul and his neighbor, who is accused of attacking him, is filled with years of angst and petty arguments over misplaced lawn trimmings and branches, the neighborhood's developer said. 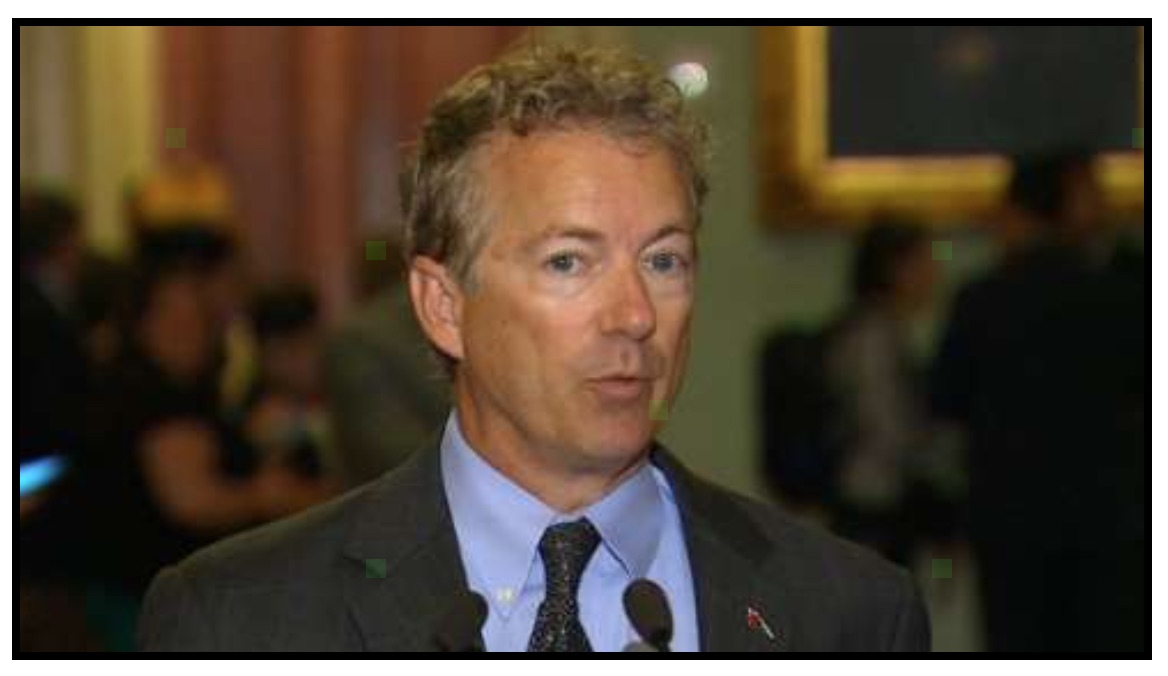 "I think this is something that has been festering," said Jim Skaggs, the developer of the Rivergreen gated community in Bowling Green, where the two men live. "I wanted to build a place where everyone could get along, but I guess that's just impossible."

Paul suffered five broken ribs and lacerations on his lungs after his neighbor, 59-year-old retired doctor Rene Boucher, allegedly tackled the politician last week, according to an arrest warrant obtained by the Courier Journal.

Kentucky State Police charged Boucher with fourth-degree assault, which is usually reserved for incidents that result in minor injuries. If federal charges are added, Boucher could potentially face 10 years in prison for physically attacking a politician.

... The two men have been neighbors for more than 17 years, said Boucher's lawyer, Matt Baker, in a statement Monday.

... There have been disagreements in the past, Skaggs said, over lawn clippings or who should cut down a tree branch when it stretched over a property line. The two men live on different streets but their lots join and their homes are 269 feet apart, according to Google Maps.

Skaggs described Boucher as a "near-perfect" neighbor, but he said the libertarian politician is a different story.

... But Rob Porter, a 20-year friend of the senator (also a Bowling Green, Kentucky banker — Ed.), said he had never even heard of Boucher before.

"When I saw Rand after the incident, he even acknowledged that he hadn't talked to Boucher in years," Porter said. "If there was some kind of ongoing rift, I wasn't aware of it and Rand didn't act like he was aware of it."

Novelly also wrote that "there’s no official word on what caused the fight ..."

Fight? As James Freeman at the Wall Street Journal's Best of the Web noted:

It’s rather kind to Mr. Boucher to describe their interaction as a “fight.” There seems to be no dispute that without any warning, while Mr. Paul was wearing ear plugs and had his back turned, Mr. Boucher ran up from behind and tackled the senator with such force that he caused “five rib fractures including 3 displaced fractures” ...

It's hard to imagine how developer Skaggs could describe a neighbor who has from all appearances committed a serious assault on a sitting United States Senator as "near-perfect" — with no indication, at least from the reporter's writeup, that he was at all outraged over what Boucher has allegedly done.

In fact, at the end of Novelly's story, Skaggs acts as if this will all blow over:

"We would really like to see this all over and you back in your house and him back in his house and try to be friends with each other, even though you'll never like each other," Skaggs said he told Boucher.

Why wouldn't Skaggs, for the sake of peace in his community, want to see Boucher behind bars? What does he have against Rand Paul?

The answer appears to be "plenty."

Part of it, based on Novelly's dispatch and a related Monday item at the New York Times, may relate to Paul's resistance to homeowners' association rules in the gated community. Even if true, how does one get from there to seemingly being okay with a serious, possibly life-threatening assault?

Additionally, based on the following information easily obtained by searching the web and other news reports online, it appears that Skaggs, as an establishment Republican, also has a serious political axe to grind with Paul and other Republicans seen as interlopers:

The Monday New York Times dispatch mentioned earlier only described Skaggs as "a former leader of the county Republican Party."

Skaggs's apparent nonchalance over Paul's well-being after a potentially life-threatening attack, and his indulgence of alleged perpetrator Boucher, are intensely offensive.

Skaggs appears to have gotten away with limiting the Courier Journal's description of him as just a "community developer" largely because of reporter Novelly's inexperience. The reporter's LinkedIn profile indicates that he graduated from Hillsdale College in May, has been with the paper for about six months, and that he grew up outside of Kentucky. Thus, unless he did the research I did (which, to be clear, he should have), Novelly wouldn't have known anything about Skaggs's political background.

Novelly's ignorance may be somewhat forgivable, but the Courier Journal (at least in theory) has editors who should have recognized Skaggs's name from fairly frequent past news coverage. Additionally, higher-ups at USA Today, in choosing to carry the story nationally, should have sensed, as I did, that there was more at work here than the concerns of a "community developer" interested in neighborhood harmony and enforcing homeowners' association rules.