MSNBC's Richard Lui appears to be testing the limits of irresponsible media coverage of terrorist incidents. Up until now, the press has fretted in the aftermath of such attacks about possible retaliations or "backlash" against Muslims or others not involved in them, even though such misguided revenge-seeking has rarely occurred. Saturday evening, Lui worried about police "overreacting" shortly after terror attacks in London which, as of the time of this post, had taken the lives of seven innocents and injured 48 others, including 21 critically.

All of the carnage and mayhem which had just occurred didn't stop Lui from wondering, concerning post-attack attempts to restore order, whether "there's a risk of overreaction, of deploying ... too much force."

RICHARD LUI: When you have analyzed these incidents post facto as well as during, as you have so many times with me and others here on MSNBC and NBC News, what is the risk — there’s certainly a risk of underreaction — but is there any risk of overreaction, of deploying too much? You know, as we’ve been watching all of this live coming into our satellite center here in New York City, and then beaming it out from London, is there ever a point where you go, "Well, that’s too much, or you shouldn’t be applying that amount of force there"?

JIM CAVANAUGH, NBC NEWS LAW ENFORCEMENT ANALYST: Well, you know, in the city, the experience and the attacks, when there’s multiple attacks, really I don’t think the response could be too large, to get enough officers and investigators there to quickly quell and then find out what’s going on. 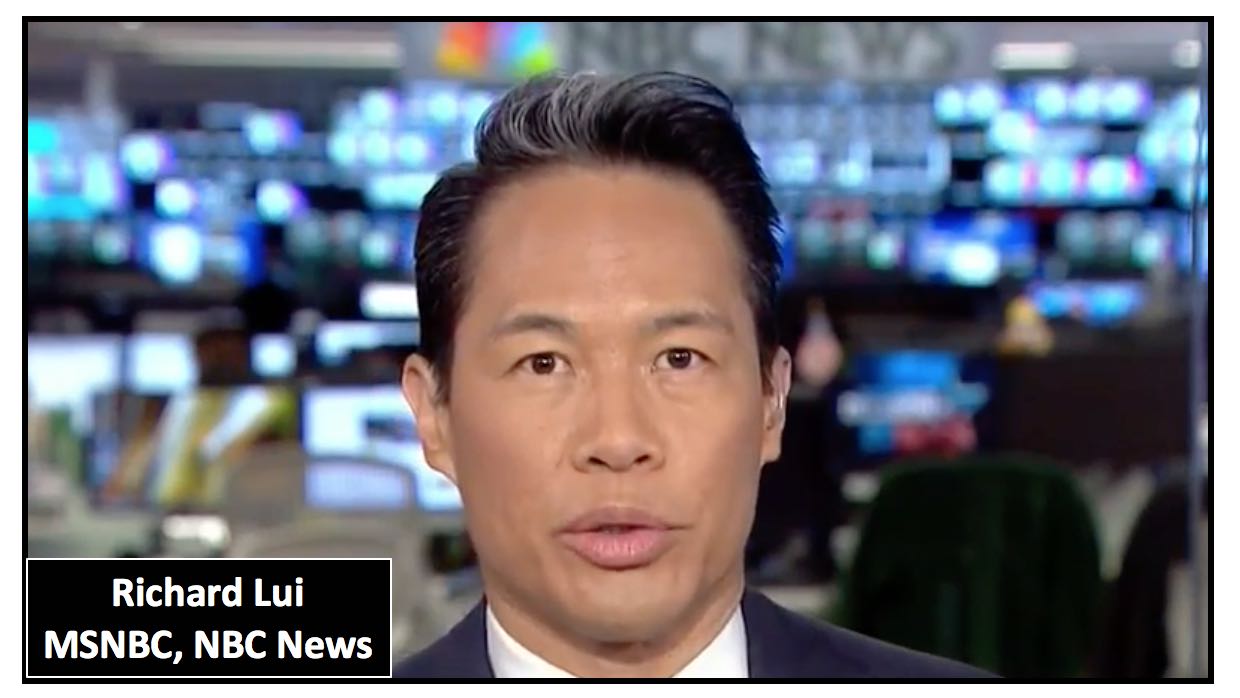 It would be more than a little interesting to have Lui specifically identify the "dangers" of "overreacting" or "applying too much force" just after such a horrible pair of attacks reportedly carried out by the same three people. Too many police vehicles with scary blue lights on the streets? Too many searches of people at the scenes to make sure that no potential accomplices tried to blend into Saturday evening crowds? Or has Lui suddenly become a fiscal conservative worried about police overtime bankrupting the City of London?

Richard, the police killed the terrorists. You're really not trying to tell us that this was an example of applying too much force, are you?

As to the attacks themselves, the first, according to an Associated Press report, took place when the terrorists' "rented van veered off the road and barreled into pedestrians on busy London Bridge." After that, they "got out of the vehicle with large knives and attacked people at bars and restaurants in nearby Borough Market until they were shot dead by police."

A better question might be whether there was indeed an underreaction by law enforcement thanks to inadequate routine preparation.

The Daily Caller, cribbing from fast-moving timeline reporting at the UK Guardian, has reported that "Eyewitnesses Say Community Police Fled From Scene Of Terror Stabbings At Borough Market." London community police are typically unarmed, carrying only "mace, handcuffs, batons and, on occasion, a stun gun," and those involved may have been promised immediate full-force backup. Regardless of whether what happened was part of standard procedure or cowardice, the result was that "Citizens had to throw chairs at the jihadists" to defend themselves and try to save others.

The three individuals who carried out the attacks reportedly made it a point to declare "This is for Allah" as they stabbed and slashed each of their victims. To its credit, at least for now, the Associated Press mentioned this important point in quoting an eyewitness in the the fifth paragraph of the just-mentioned report which was primarily about the arrests of 12 others in connection with the attacks.

That roundup appears to have been pretty efficient post-attack police work (but perhaps too little, too late, as has so often been the case in the past).

Maybe Richard Lui thinks they "overreacted" by moving too quickly.