On May 12, California Governor Jerry Brown said the following during a visit to that state's Orange County: "The freeloaders — I’ve had enough of them." His statement came during what the Orange County Register called "an impassioned defense" of the state's recently passed "road-improvement plan. The "freeloaders" he targeted with his remark are the state's taxpayers, those who wish to recall a tax-supporting legislator, and Republicans involved in putting the tax on November ballot.

The rest of California's press, as well as key national press outlets, have not taken note of Brown's remark.

Site searches at major newspapers in the rest of the state indicate that they have ignored Brown's clearly outrageous and inflammatory remark. Searches on "Brown freeloaders" (not in quotes) returned no related story at the Los Angeles Times, the San Francisco Chronicle, the San Jose Mercury News, the San Diego Union Tribune, the Oakland area's East Bay Times, or the Sacramento Bee.

There is also no evidence that the national press has taken any interest in what Brown said, based on relevant results-free searches at the Associated Press, the New York Times, and the Washington Post.

Martin Wisckol's May 12 report seems to do everything possible to make Brown's reference vague, and managed, with Brown's help, to make readers think that Donald Trump, or people sympathetic with the President, are the only people who care about repealing the tax or recalling a Democratic State Senator who supported it (bolds are mine throughout this post):

A day after signature gathering began to recall a Fullerton legislator for supporting new transportation taxes, Gov. Jerry Brown offered an impassioned defense of the road-improvement plan and of the Democratic state senator under attack. 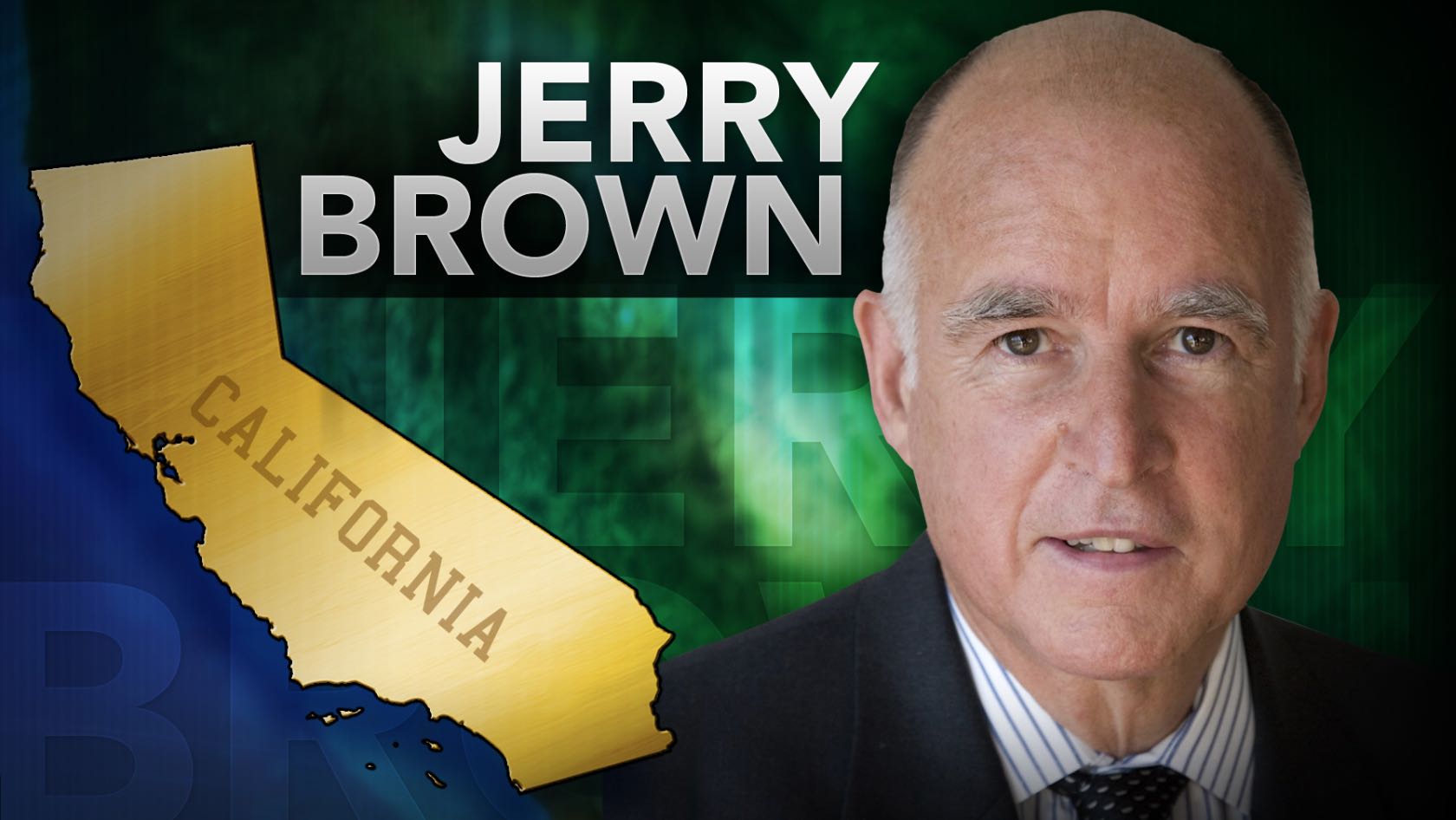 Brown was also dismissive of efforts by a Republican assemblyman from Huntington Beach to qualify a ballot measure that could reverse the Democrat-backed tax plan.

“Roads require money to fix,” Brown said during a Friday visit to Orange County. “Republicans say there’s a magic source of money — it doesn’t exist. … You want to borrow money and pay double? Or do nothing? Or take money from universities?”

The $52-billion plan was approved by a two-thirds legislative majority required for tax increases, with no votes to spare. It includes a 12-cent per gallon gas tax beginning Nov. 1 and an increase to the vehicle license fee tied to the vehicle’s value, expected to cost the average driver about $50 more a year beginning Jan. 1.

State Sen. Josh Newman, D-Fullerton, narrowly won election last year in an upset victory over Republican Ling Ling Chang, giving Democrats a two-thirds supermajority in the upper chamber that was crucial to passage of the tax increase. He is being targeted by the recall, which needs the signatures of 63,592 district voters to qualify and is intended to make such tax hikes less likely in the future.

... Republicans says budget cuts should be made to fund road maintenance. A failed GOP plan proposed last year would have tapped into cap-and-trade money used to lower greenhouse gas emissions, cut Caltrans positions and eliminated other positions that have been vacant. It identifies other funding sources, but doesn’t specify what programs would be cut if that money was diverted to roads.

Brown said the plan is unrealistic.

“The freeloaders — I’ve had enough of them,” Brown said, adding that the approved tax and fee hikes bring those charges to the level they were 30 years ago if adjusted for inflation. “They have a president that doesn’t tell the truth and they’re following suit."

Readers have to work much harder than they should to figure out exactly who Brown was referring to. Is it "Republicans," the group most recently mentioned before the quote? Or is it taxpayers in general? The very safe answer is "all of the above," but the point is that Wisckol buried the obvious lede and made its reference unclear. That hardly seems accidental.

As to the Donald Trump reference, since California voted overwhelmingly for Hillary Clinton, it's hard to imagine that everyone in the groups which oppose the tax increases or wish to recall Newman voted for Trump in November. Is Brown also going to make that same claim to try to smear everyone who dares to sign a recall or initiative petition?

Readers can be excused for believing that Californians who wish to be genuinely informed about key news developments in that state would be better off ignoring the state's press, and instead visiting national center-right outlets like RedState, Hot Air, and the American Spectator.

At the American Spectator, Steven Greenhut noted that Brown is openly, and without any sense of irony, bragging about vastly expanding state-provided goodies (links are in original):

... the governor is proud of the rapid expansion of government-provided benefits, which certainly puts an interesting spin on his Orange County rhetoric.

“As the state’s economy has recovered from the Great Recession, the past four budgets have significantly expanded government spending,” according to the first line in his budget introduction. It points to a rising minimum wage, the “expansion of health care coverage to undocumented children and the millions of Californians covered under the federal Affordable Care Act,” new preventive dental benefits in Medi-Cal and a new “Earned Income Tax Credit.” This year, he hopes to add new child-care benefits to the mix.

The heart of Brown’s road-tax argument is that users aren’t paying enough to maintain them, even though our transportation-tax rates are among the highest in the nation. That argument might work if California’s tax rates were low, its transportation agencies were tolerably efficient, and its welfare programs more modest, but as usual it comes down to Democratic legislative priorities.

Brown and the Legislature always seem to hold infrastructure hostage. They refuse to spend sufficiently on it during the budget process, or to reform a California Department of Transportation filled with waste and excess employees, or turn to outsourcing and other money stretching efforts. Then they spend more money on expanded social programs. Then they blame taxpaying road users for freeloading.

Can you blame people for being ornery?

No we can't, Steven.

U.S. taxpayers deserve to feel ornery about Governor Brown's priorities and posturing. Federal money funds a large portion of Medi-Cal, including its Obamacare-driven expansion. Additionally, despite having about 12 percent of the nation's total population, California has over 40 percent of its welfare recipients.

In 2003, during another voter backlash driven by then-Democratic Governor Gray Davis's coverup of the state's serious budget problems until shortly after his 2002 reelection, the California press relentlessly ridiculed the effort to recall him. Since that didn't work 14 years ago, their strategy now appears to be to pretend that the opposition to Governor Brown's tax increase and the Democrats who supported it doesn't exist.