Two Associated Press reporters appear to have officially joined the "resistance." In late February, the wire service released an "exclusive" covering a "draft" document leaked by someone in the Department of Homeland Security not reflecting the agency's official position.

It turns out, as a result of an investigation by Michael Patrick Leahy at Breitbart News published on March 27, that "the leaked document was in no way a final approved DHS work product." The document was "incomplete" to the point of not being authoritative in any way.

In a February 24 "exclusive," the wire service's Vivian Salama and Alicia Caldwell focused solely on a portion of the document's contents, and ignored far more compelling officially released evidence supporting Trump's temporary ban. In mid-March, so did the two federal judges.

The headlines and opening paragraph from the AP pair's "exclusive" vastly overstated the quality of what they were presenting (bolds are mine throughout this post):

This verbiage, which is all of what many if not most news consumers would see, including those using electronic devices who don't click through to read the full story, made what was "found" sound like an official conclusion. It's nothing of the sort.

The pair's second paragraph conceded that the document involved is a "draft," but the damage was already done. At that point, the reporters made the "draft" appear as if it was only awaiting final approval.

The reporters' unsatisfactory partial walkback continued in Paragraphs 4 and 5: 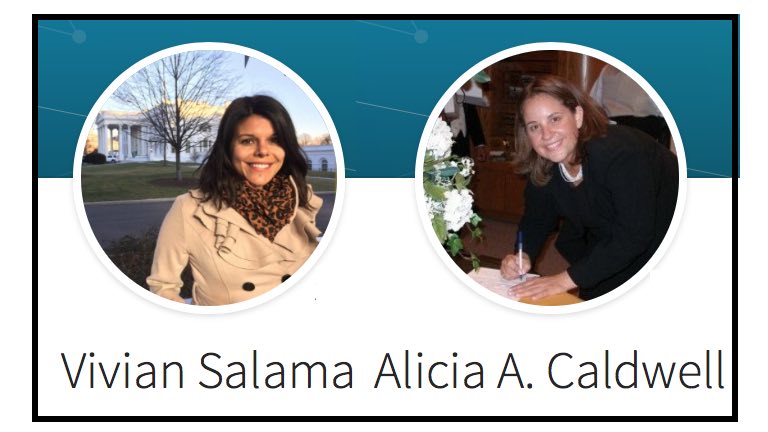 Homeland Security spokeswoman Gillian Christensen on Friday did not dispute the report's authenticity, but said it was not a final comprehensive review of the government's intelligence.

"While DHS was asked to draft a comprehensive report on this issue, the document you're referencing was commentary from a single intelligence source versus an official, robust document with thorough interagency sourcing," Christensen said. "The ... report does not include data from other intelligence community sources. It is incomplete."

Note that the sentence describing "the report's authenticity" is not in quotes. That's a red flag that the reporters probably never even asked Christensen about "authenticity." That's because they knew that the "report" (a generous term for a 3-page document) is absolutely not "authentic" as the term is used in this context, i.e., "entitled to acceptance or belief because of agreement with known facts or experience; reliable; trustworthy").

The AP reporters also never told readers how many "other intelligence community sources" there are. The "intelligence community" has 17 agencies. Though it's likely that not all of them would be involved in ratifying the assessment made by this one source before it became official, it's clear that this evaluation by a single intelligence source is not an authoritative finding, and that Ms. Christensen's characterization of the document as "incomplete" was a very polite understatement describing something which is woefully incomplete.

What's especially galling about this AP pair's story is that it completely ignored the following key statement contained in the very document it posted:

So the DHS draft's referenced Worldwide Threat Assessment document admits that three out of seven nations affected by Trump's first temporary travel ban (at the time, before the second order removed Iraq, reducing the number of affected countries to six) "pose a threat of attacks in the United States."

As to the DHS draft's exclusion of Iran because it is "regionally focused," it certainly isn't exclusively so, according to the underlying WTA document (Global Threats, Page 6): "Iran and Hizballah remain a continuing terrorist threat to US interests and partners worldwide." Iran has "a long history of terrorist attacks against the U.S. and Israel, mainly through bombings, abductions, and hijackings." As to Somalia, at least 74 Somali-American or Somali residents of the U.S. have been "credibly implicated in terror-related activity since 1997."

But this magical-thinking, single-intelligence source document insists that Trump's temporary ban won't accomplish anything, because the selective evidence set it presented contained few threats from these nations.

As Breitbart's Leahy noted, the evidence the document chose to present was extraordinarily limited, and ignored two other thoroughly contradictory and actually authoritative documents. Leahy described one of them thusly (links are in original):

... According to a document published by the Senate Judiciary Committee’s Subcommittee on Immigration and the National Interest, “DOJ Public/Unsealed Terrorism and Terrorism-Related Convictions 9/11/01-12/31/14,” 74 people from the seven countries identified in the temporary travel ban in Executive Order 13679–Iran (3), Iraq (19), Libya (1), Somalia (21), Syria (7), Sudan (3), and Yemen (20)–were arrested and convicted of terrorist acts between 2001 and 2014.

The Senate document identified 580 terrorists arrested and convicted, 375 of whom were foreign-born whose country of origin was also included in the report.

In other words, of the known acts of terrorism during this 13- year period, more than 19 percent (74 out of 375) were perpetrated by citizens of the seven countries subject to the temporary travel ban in Executive Order 13769. Those same seven countries accounted for less than one percent of the immigrant visas granted to residents of foreign countries during those 13 years.

Now let's get to what the federal judges in Hawaii and Maryland did with the AP's "exclusive" story.

The judges appeared to have partially or even completely ignored the draft DHS document in favor of the AP's interpretation of it, as neither ruling references the Worldwide Threat Assessment mentioned in the underlying document.

One really has to wonder if Hawaiian Judge Derrick Watson even looked at the draft DHS document at all. That's because he referred to it as a “February 24, 2017 draft report.” But the DHS document has no date. February 24 is the date of the AP story.

On Tuesday, John Hinderaker at Powerline reminded readers of the overarching constitutional argument which shouldn't be lost in rummaging through the weeds, and then tagged the entire AP-court enterprise as a coordinated effort to undermine the President:

... No one at DHS has taken responsibility for writing it.

The judges were wrong to base their decisions in part on the leaked document. President Trump had clear constitutional and statutory authority to issue the travel order, and whether the judges, or some anonymous person at DHS, agreed with his judgment is irrelevant.

Those orders should be viewed as purely political acts that have no basis in any valid judicial reasoning or authority.

Hinderaker's assessment thoroughly justifies tagging Vivian Salama and Alicia Caldwell, the two AP reporters whose "exclusive" drove this effort, as official participants in the "resistance" (which term, as an aside, is a truly offensive, "appalling and anti-Semitic" cultural appropriation, given the importance of the genuine "resistance" in 20th century history). They certainly aren't objective journalists. The AP deeply scars what little is left of its reputation by continuing to employ them.