It tends to be good advice to avoid automatically assigning negative or malicious intent, such as a desire to play "gotcha," when someone's actions, inaction, or statements might have simply arisen from breathtaking ignorance.

But what if it appears to a combination of both traits? That seems to be the case with New York Times reporter Maggie Haberman's Saturday morning tweet. Haberman, whose access to search engines was presumably intact at the time, asked, "Other than San Bernardino shootings, has there been a terrorist attack involving a non-US-born attacker since 9/11?"

Haberman has been in journalism for roughly two decades. She has been with the Times for the past two years, and was "a political correspondent for their (2016) presidential campaign coverage." When she left the Politico, where she had previously toiled, Erik Wemple at the Washington Post described her as an "eminence," while her about-to-be former employer called her "a star reporter... a leader of our (2012) campaign coverage — and world leader on the Hillary beat — and a relentless force for scoops and news at all hours of the day and night."

In October 2016, we learned how she became such a "world leader on the Hillary beat." WikiLeaks exposed her as someone who was, in the words of John Nolte at Ben Shapiro's Daily Wire, "nothing more than a spin doctor for Hillary Clinton and her campaign." 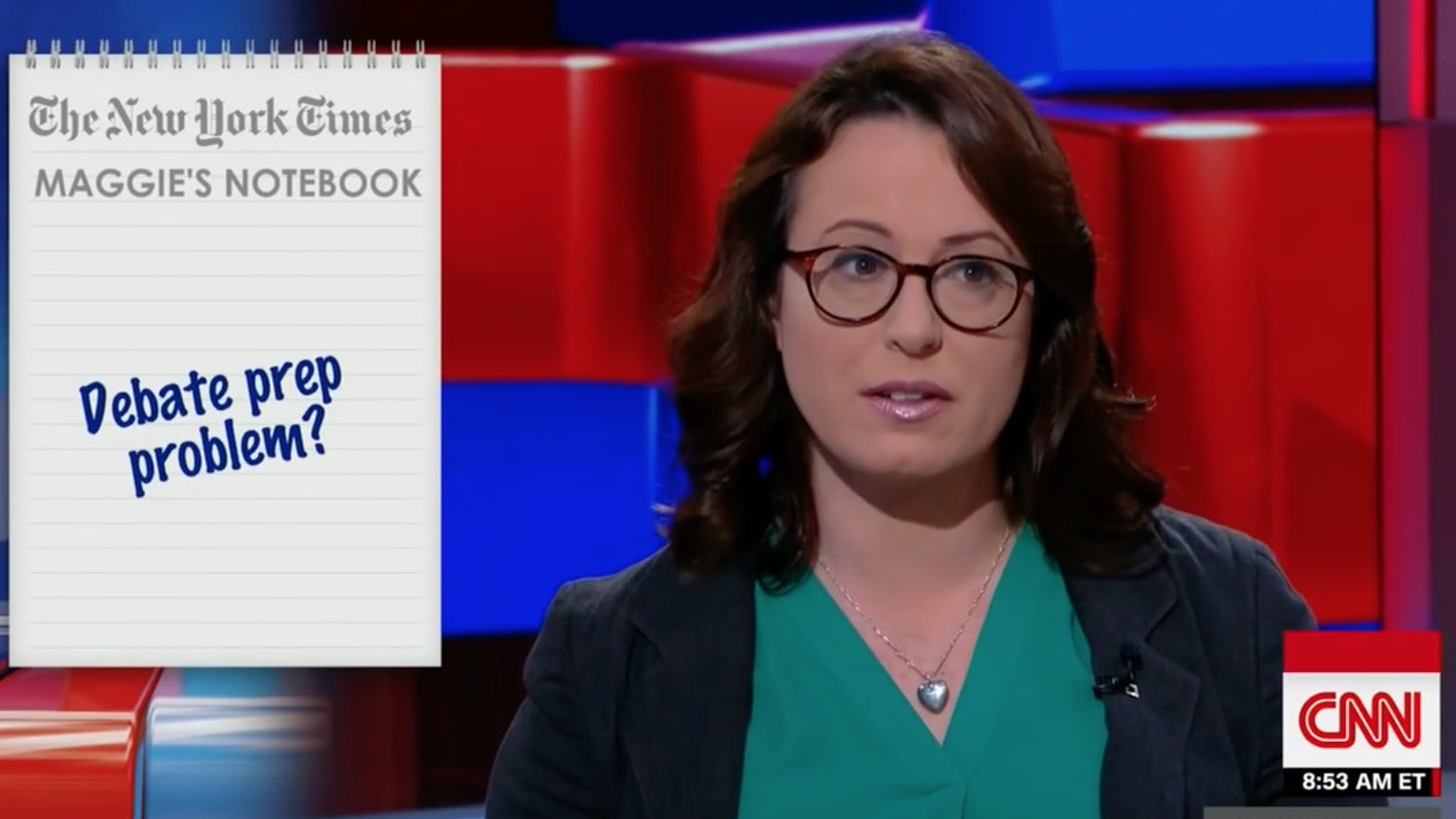 In early 2015, the Clinton campaign, trying to stage-manage its campaign rollout, went directly to Haberman because she had "tee(d) up stories for us before and (we) have never been disappointed." Two of Haberman's February 2015 stories at the Times's First Draft blog (here and here) demonstrated that the campaign, as Glenn Greenwald and Lee Fang observed at the Intercept, had "induce(d) Haberman to write ... on the thoroughness and profound introspection involved in Clinton’s decision-making process." In other words (my words), Team Clinton essentially told Haberman: "Here's what we want you to write. Write it, and embellish it if you wish." She clearly complied.

This background is necessary so that informed readers can try to ascertain what 20-year journalism veteran Maggie Haberman was thinking when she tweeted her Saturday morning terror-related question:

I daresay that a significant plurality of people familiar with the Boston Marathon bombing know that the Tsarnaev brothers were not born in U.S. I would hope that the overwhelming majority of political reporters are. But not Maggie Haberman. Additional examples quickly cited by others include "Times Square bomber, underwear bomber (thwarted attack in Detroit), Ohio State attacker, Chattanooga shooter, & numerous plotters." Oh, and there's the September 2016 New York City and New Jersey bomber.

Can such an "eminence" and a "star reporter" be that clueless? That answer virtually has to be "yes." (If she's such a "star," what does that say about the rest of the "profession"?) There's no upside to being exposed on Twitter as having such pathetically and embarrassingly weak knowledge of current events as a reporter that you can't remember — or perhaps never even knew — each and every one of the examples cited.

So the fact that Haberman tweeted what she did should also tell us that it's not wise to overlook the element of negative intent. As noted, Haberman virtually had to assume there would be no other examples. Thus, it would seem that her tweet was intended to rub that absence in the faces of those defending President Trump's recent selective travel ban. She's been clearly established as an unrepentant Democratic Party operative and hopelessly biased liberal apologist, so that motivation certainly can't be ruled out.