An attempt by the Associated Press to smear Tom Price, nominated by Donald Trump as the next HHS Secretary, began Wednesday after the opening round of a Senate committee hearing. As of this writing, the wire service is up to its third such entry. The misleading reporting and hostility have increased with each dispatch.

John Hinderaker at Powerline noted the AP's opening salvo by reporters Ricardo Alonso-Zaldivar and Alan Fram, which appeared shortly after noon on Wednesday. It has since been overwritten, even at the AP's Big Story site, consistent with the wire service's journalistically weak habit, but can still be found at the websites of a few subscribing outlets, such as this one (also saved here for future reference, fair use and discussion purposes).

Here's the critical AP excerpt relating to Price's investment in Zimmer Biomet (bolds are mine throughout this post):

... Last week, Price signed a government ethics agreement pledging to sell his stocks, but that didn’t stop the questions. The latest controversy involves Price’s purchase last year of stock in Zimmer Biomet, a major medical device manufacturer. The acquisition came around the same time that Price introduced legislation to suspend Medicare rules seen as problematic for such companies.

Trump transition team spokesman Phillip Blando said the Zimmer Biomet purchase was directed by Price’s stockbroker as part of ongoing management of the congressman’s investments. The spokesman also said Price had no advance knowledge and had not directed the broker to consider the company. Government records show that Price was notified about the purchase more than a week after he offered the legislation. His spokesman said Price had been working on the bill for months.

Of the item as written, Hinderaker wrote, "A careful reader might understand that the Democrats’ smear has been thoroughly rebutted, but most wouldn’t." That's definitely true if one stops reading, as many readers will, at the excerpted sentence saying that "The acquisition came around the same time."

As to Senator Schumer's denial of a "witch hunt," that isn't what he was saying on Tuesday, when he alleged that Price "may have broken the law" with the $15,000 Biomet purchase (none of the AP reports reviewed in this report disclosed the small amount of the investment). In other words, it is a witch hunt, in which we're quibbling over the equivalent of one month's congressional salary in an attempt to derail Price's nomination — and his political career.

Given the length of their writeup and the alleged gravity of the situation, the AP pair could have, and should have, directly quoted portions of Team Trump's response, the substance of which follows: 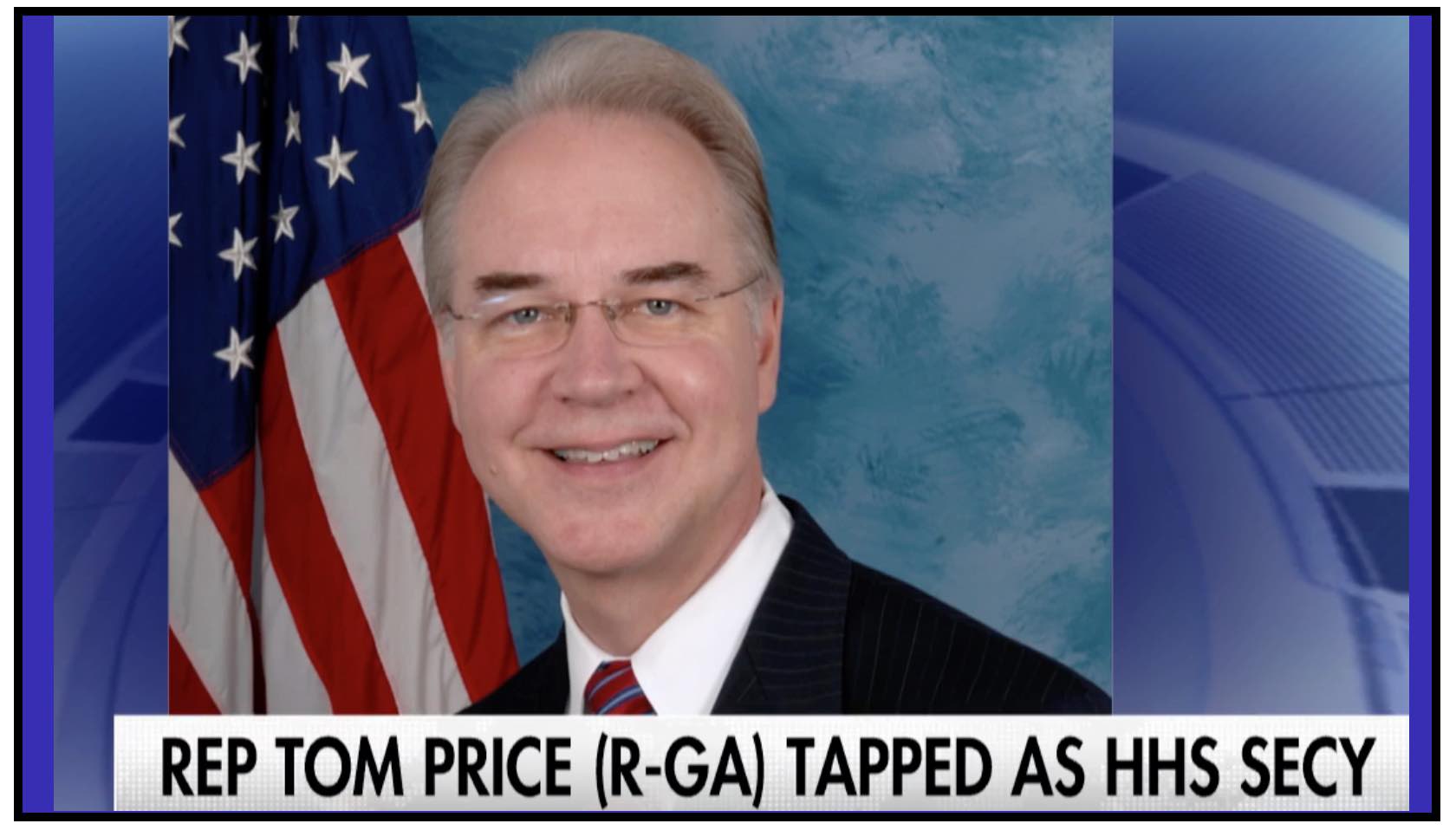 Why this is a non-issue: (a) the account (and the associated purchase) was broker-directed, not directed by Dr. Price; (b) the extremely small purchase of Biomet was part of a larger portfolio rebalancing of Dr. Price’s portfolio (which involved the sale and purchase of dozens of stocks in a wide variety of sectors – again directed and chosen by the broker); (c) Dr. Price did not become aware of the stock purchase until 4/4/16 ... – a date well after the bill in question in the CNN story was introduced; and (d) Dr. Price was engaged on the general issues involved in this legislation dating back to 2015 ... including putting out a Dear Colleague letter to that effect in September 2015.

The next dispatch, also from Alonso-Zaldivar and Fram, came at 5:15 p.m. on Wednesday. Still present at the AP's Big Story site, it ramped up the hostility in its headline, but dropped any mention of specifics, leaving readers to believe that the dispute over investments and ethics is a "he said, she said" situation, when, as Hinderaker pointed out in his review of AP's first offering, "The Democrats’ smear of Dr. Price is frankly idiotic," and a press outlet advancing their non-arguments is engaging in what "can properly be described as fake news":

Price tries to reassure on health care; Dems not buying it

... Throughout the nearly four-hour hearing, Democrats peppered Price with questions about his stock trades. The sometimes confusing exchanges involved different transactions under distinct circumstances. Price, who has signed a government ethics agreement to sell his stock, was clearly annoyed by the suggestion that he profited from his official position. "I'm offended by that insinuation," he told Sen. Elizabeth Warren, D-Mass.

... Sen. Al Franken, D-Minn., suggested Price got a special deal in the purchase of stock in an Australian drug company, Innate Immunotherapeutics. But Price insisted other investors also had the same option.

"I think our job is to avoid the appearance of conflict," Franken chastised. "And you have not done that."

Translation: "Now that we've got nothing, we're going to fall back and say 'We're confused,' but we know that our heroes the Democrats are concerned, so we have to keep it going." What a cowardly copout.

Meanwhile, the pair perpetuated the Obama administration's serial lie that 20 million more Americans have gained health insurance under Obamacare. Investor's Business Daily, the Daily Signal and many other outlets have proven that claim to be utterly false.

As to Franken, in a video seen at the Washington Free Beacon, the Minnesota senator also "chastised" Price for investing in the stock of tobacco companies, apparently through mutual funds, which typically invest in hundreds of stocks in a wide variety of industries. Senator Johnny Isakson of Georgia reminded Franken that his own financial disclosure form revealed an investment in a mutual fund which also owns tobacco company stock. Of course, the AP's reporters didn't consider this humiliating beatdown newsworthy.

Thursday afternoon, having run out of ammo on the propriety of Price's investments (without admitting it, as just seen), the AP's Eric Tucker resorted to revealing Biomet as a company which "has faced years of legal problems and agreed in December to a $17 million Justice Department criminal penalty in a foreign bribery case."

This has no impact on Price's fitness to run HHS, and Tucker should know it, because:

"Because you decide not to tell them - wink, wink, nod, nod - and we're all just supposed to believe that," Warren said.

While I can understand why someone who used a bogus claim of Native American heritage to advance her career might think that everyone is equally dishonest, there is no evidence whatsoever that Price has been dishonest. And of all the things to quote from the hearing, Eric Tucker had to pick Warren's baseless smear.