American University Prof: 'Russian Meddling' Shows 'There Must Be a New Election'

Here we go again. A month ago, Robert Baer, a leading coddler of Iran who is an "Intelligence and Security Analyst" while pontificating at CNN, contended that alleged Russian interference in the U.S. presidential election meant that the nation needs "to vote again." Now The Hill has given space to Chris Edelson, an assistant professor of government in American University's School of Public Affairs, to advocate the same thing ("Remedy for Russian meddling should be new election").

Before going further, I must remind readers that despite all the dishonest press references to how Russia supposedly "hacked the election," there is no evidence of any kind demonstrating that hackers of any persuasion interfered with or altered any citizen's vote, or that they affected the counting of the votes. On January 5, "Director of National Intelligence James Clapper made it clear Russian hacking didn't change the outcome of the 2016 presidential election."

With that factual reality out of the way, let's look at Chris Edelson and his body of work.

Here are a few highlights of his background, following an undergraduate degree in history in 1993 and a Harvard law degree in 1996: 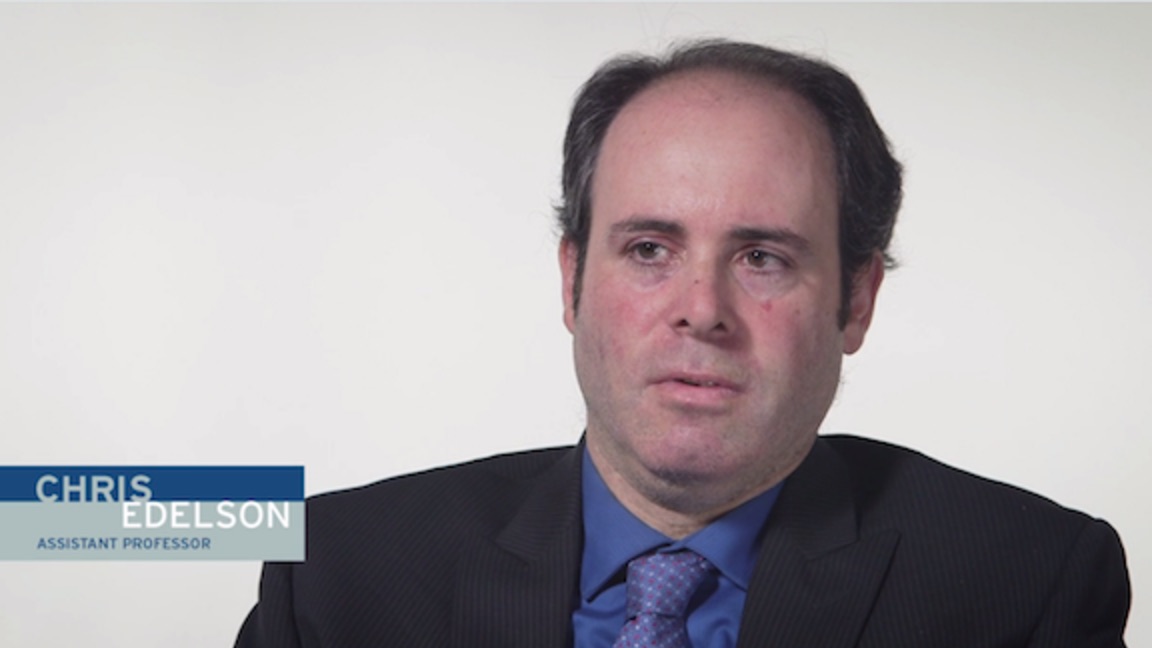 Here are a few samples of Edelson's more recent viewpoints:

With his background and outlook exposed, it's quite safe to say that Chris Edelson's call for new elections is driven by partisan politics and personal hostility, and not by genuine concern for the future of the republic. Here are excerpts (bolds showing the piece's core contradiction are mine):

Remedy for Russian meddling should be new election

It sounds like a story lifted from the pages of a spy novel. U.S. intelligence officials have concluded that Russian dictator Vladimir Putin led a cyberespionage scheme designed to help Donald Trump win the presidential election.

What's even worse is that Putin's plan worked and Trump now seems to be siding with Russia against U.S. intelligence agencies. It's hard to know how to respond to this because it is unprecedented. But it is essential to take whatever action is necessary to make this right, as difficult, complicated and even uncomfortable as that may be.

The hard reality is that the presidential election we just held was delegitimized by foreign interference. This is not some conspiracy theory or fevered fantasy; it is a conclusion that flows directly from the unanimous assessments of the U.S. intelligence community.

It would be an enormous mistake to ignore this, as Trump has suggested we should.

In fact, if we can confirm the intelligence report's conclusion that Putin intervened with the goal of electing Trump, there must be a new election in the United States.

The first three bolded items take it as a given that Russia's "cyberespionage scheme" "worked," and that it "delegitimized" the election.

The final bolded item effectively contradicts Edelson's previous assertions of certainty with one magic two-letter word: "if." And again, as noted earlier, there is no evidence that "Russian hacking" caused any votes to be altered or miscounted.

Edelson also expects readers to believe and respect intelligence agencies and their media water-carriers and other apparatchiks, all of whom were completely fooled by perverse fan fiction disguised as damning information about Trump, and to trust any finding they might publish which supposedly "proves" that Putin wanted Trump to win. We're really supposed to believe that, given how successfully Russia has run roughshod over the Obama administration and Secretaries of State Clinton and Kerry during the past eight years? We're really supposed to believe them, given that we know they originally lied about NSA spying on the American people with tech company assistance and that they lied about ISIS's capabilities to conform to the Obama administration's known lead-from-behind agenda? What a sick joke.

This is especially hysterical because there's no "if" whatsoever about whether the Obama administration intervened in Israel's most recent parliamentary elections. It's an established fact that it openly did so. The only reason most people don't know this is that the U.S. press, with only rare exceptions, never reported it.

So here's a memo to Chris Edelson: Unless and until you are willing to call for and successfully see through new elections in Israel, just go away. It would be interesting to see if Prime Minster Bibi Netanyahu can build up an even bigger parliamentary coalition.