President-elect Donald Trump started a controversy on January 3 when he alleged in an early-morning tweet that "General Motors is sending Mexican made model of Chevy Cruze to U.S. car dealers-tax free across border. Make in U.S.A. or pay big border tax!"

GM appeared to refute Trump's claim, leading several leftist blogs and outlets to do end zone-dances about how Trump was wrong. In his coverage that evening, Tom Krisher at the Associated Press didn't go that far, but he left readers with the clear impression, despite evidence he reported late in his story which directly contradicted the company's response, that Trump's tweet was wrong. That is, Krisher knew that Trump was right and that GM was lying, and failed to disclose it.

Research subsequently done by others has shown that GM's lying response to Trump was even more blatant than Krisher effectively admitted.

Here was GM's full response to Trump released that same day (bolds are mine):

In another tweet targeting a U.S. company, President-elect Donald Trump threatened Tuesday to slap a tax on General Motors for importing compact cars to the U.S. from Mexico.

But GM imports only a small percentage of its Chevrolet Cruze small cars from Mexico, with the vast majority made at a sprawling factory complex in Lordstown, Ohio, east of Cleveland.

... GM imports only hatchback versions of the Cruze from a factory in Ramos Arizpe, Mexico, and it sold only about 4,500 of them in the U.S. last year, spokesman Patrick Morrissey said. The company sold about 172,000 Cruzes through November. The hatchback, which went on sale in the U.S. in the fall, is built in Mexico for global distribution, Morrissey said.

So far, Krisher's report is consistent with GM's release. That changed — much later, in Paragraphs 15 and 16 of 18:

GM did import some Cruze sedans from Mexico last year to meet demand as it was rolling out a new version of the compact car, Morrissey said, but that has stopped and all sedans sold in the U.S. are now made in Ohio, he said.

In November, GM said it would lay off about 1,250 workers at the Lordstown plant due to sagging demand for cars as U.S. buyers take advantage of low gasoline prices to buy trucks and SUVs. The workers on the third shift at Lordstown will go in indefinite layoff starting Jan. 23, although some may move to other GM factories.

So on the second business day of 2017, Krisher wrote that GM imported sedans "last year," which was 2016.

Note that Krisher, in his 770-word story, did not directly quote any portion of GM's terse 35-word response, including the key bolded sentence above: "All Chevrolet Cruze sedans sold in the U.S. are built. ... in Lordstown, Ohio."

Why not? Well, he had to know, based on the second excerpt above, that it was false, and chose not to report it.

But there's even more to the story. 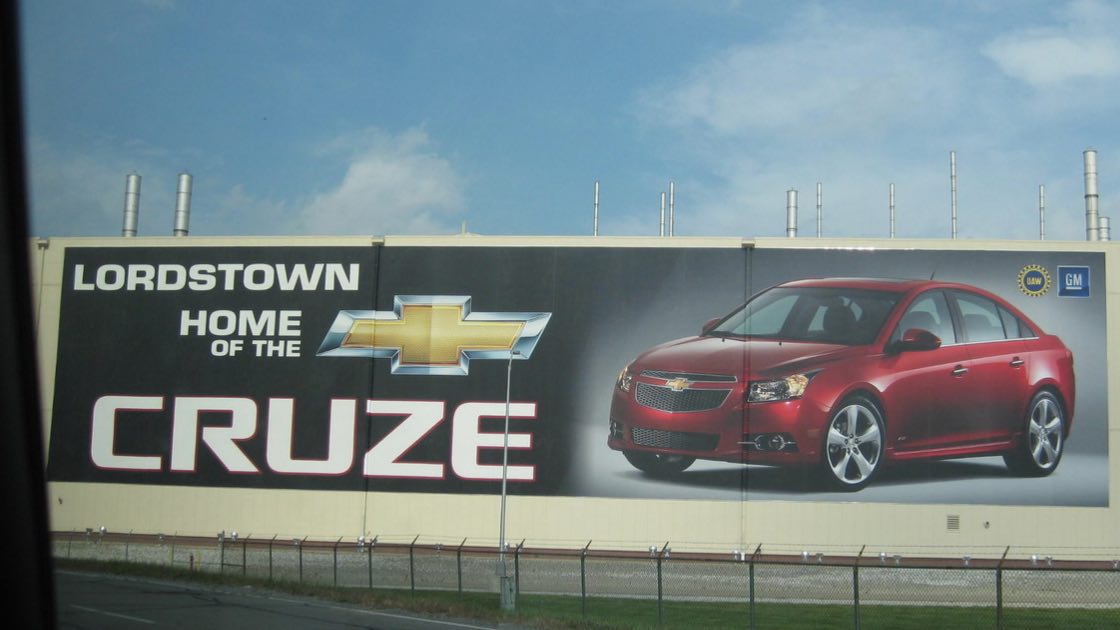 Contrary to what GM's press release clearly claims, all Chevrolet Cruze sedans currently for sale in the U.S. were not built in Lordstown — because many Cruze sedans built in Mexico are still sitting on dealers' lots. Thus, if even one Cruze has been or will be sold during 2017, GM's statement is even more brazenly false — unless the company can prove that it ordered dealers on December 31, 2017 to immediately stop selling all Mexican-built Cruzes on their lots and further demanded that they scrap each and every one.

The most thorough of those who investigated GM's response was frequent Bloomberg News contributor E.W. Niedermeyer, who was until 2012 one of the early bloggers at The Truth About Cars. He describes himself as "keeping an eye on the auto industry's blind spots since 2008." He reported his findings in a series of tweets on January 5 and 6.

Here is his setup:

"If I've learned anything in my nearly 10 years of covering the car business it's that you always fact check anything GM says."

Niedermeyer proceeded to find Mexican-made Cruze sedans on dealer lots in Texas, Oregon and nine at a Chevy dealer in ... (not kidding) ... Lordstown, Ohio:

He also found other Mexican-built Cruze sedans at Ohio dealerships a short distance from Lordstown. Well, keeping hope alive for a smidgen of GM's integrity, maybe these cars were just stragglers which haven't moved well. Hardly, as Niedermeyer found:

"I have a tone (sic) more of these VINs but I think the point has been made here. Very few dealerships I searched stock zero 3G1 Cruze sedans."

"Interesting to note that some media outlets chose to snark Trump based on GM's false statement rather than, y'know, fact check this."

Okay, so maybe all those Mexican-built Cruzes have been sitting on lots unsold for several months. That wouldn't excuse GM's dishonesty, but it would make it a tiny bit understandable. It would tie into the claim reported by Krisher about the one-time imports cause by the rollout of "a new version of the compact car."

Nope, as seen in the following additional Niedermeyer tweets. GM attempted to get out of its dishonesty-driven dilemma by engaging in definitional misdirection:

"I just spoke with someone familiar with GM's business decisions about the Cruze/Mexico/Lordstown situation, and here is their perspective:"

"So their statement that "all Chevy Cruze sedans sold in the US are built in Lordstown" is true in the sense that they aren't importing now."

"Of course everyone else considers cars on a dealer lot to be "cars for sale." Some of which are Mexico-made Cruze sedans."

"So the accuracy of the statement comes down to the definition of "cars for sale." ...

At this point, Niedermeyer inexplicably let GM slide for being "technically correct" based on the above "definition," and only faulted it for not anticipating that there would be "misunderstanding." Niedermeyer did great work, but he's wrong about this.

That's because, despite accounting and reporting policies for financial statement sales recognition, which is an entirely separate matter, when car companies communicate their "sales" statistics to the public every month, they report on sales made by dealers.

When GM was responding to Trump's tweet about "Chevrolet Cruze sedans sold in the U.S.," it was therefore referring to sales by dealers. Its subsequent fallback to its accounting policy for sales recognition at the corporate reporting level was a clumsy, pathetic after-the-fact (excuse the pun) dodge.

As seen earlier, Mexican-built Cruzes are on dealer lots all over the country. What's more, as Niedermeyer noted later:

"That was after GM announced 1,200 layoffs at the Lordstown, OH plant that ostensibly builds the Cruze exclusively for the US market."

"That means this was more than just a temporary "supplemental shipment" back in June, as others have suggested."

UPDATE: GM sent me the VIN and order number of what they say is the last Cruze sedan sent from Mexico to the US. Built 12/23/2016.

It's quite clear that GM was building Cruzes in Mexico for delivery to the U.S. until just before Christmas. This explains why so many Chevy dealers still have Mexican-built Cruzes on their lots — unsold.

Thus, there's really no point in trying to argue that GM wasn't lying when it claimed that "All Chevrolet Cruze sedans sold in the U.S. are built in GM’s assembly plant in Lordstown, Ohio." Company dealers won't clear out their Mexican-built Cruzes until at least February, if not later.

Tom Krisher at the Associated Press, as its industry expert, should have known, or at least easily learned of, what E.W. Niedermeyer dug up about late-in-the-year shipments from Mexico.

So the open questions are: Did Krisher know about those shipments, and decide not to tell us? Or is his coverage and knowledge of the industry so weak that he accepted GM's word that the "supplemental shipment" was the only exception?

As already noted, even that exception was enough to render the company's press release false, a very important fact which Krisher failed to disclose.