Egan at NY Times: Trump on Immigration Was 'Hate Speech'; O'Reilly Hits Back 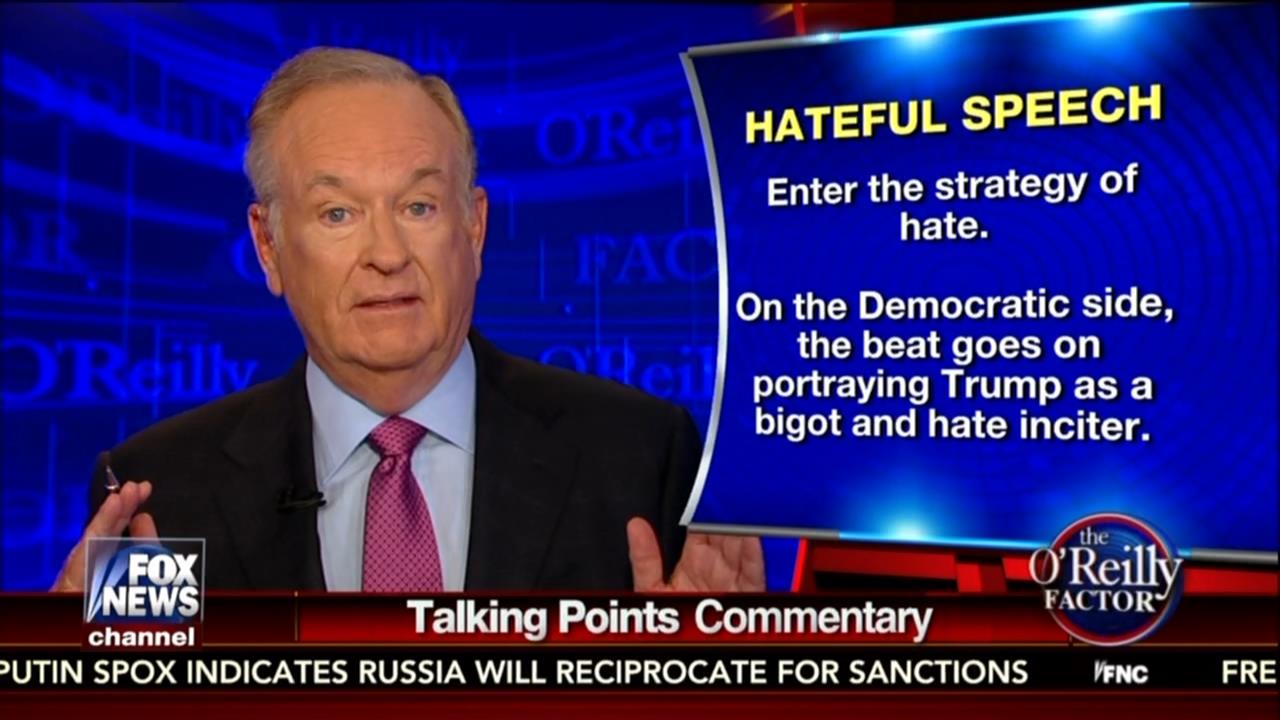 Thanks to the intervening holiday weekend, it took Bill O'Reilly at Fox News a bit of time to hit back at Egan — but when he did Wednesday evening, he made it count.

Here's a bit of what Egan wrote, for those who can stand it (the ellipse after the second paragraph skips Egan's tired and typical exercise in guilt by association; bolds are mine throughout this post):

The Immigrants Turned Away

Give me your extreme-vetted, your ideologically certified, your elite. Send only the smartest, the best-connected, the richest to our shores. No losers, no freethinkers, and no ugly people, please.

In the hate speech that Donald Trump gave on immigration in Phoenix on Wednesday night, he all but deported the Statue of Liberty, laying out one of the darkest visions of the American experience that any major-party nominee has ever given. ...

In Trump’s America, those working in the shadows are not the lawn cutters, Sheetrock hangers, fruit pickers or nannies we see in every community, but the criminal dregs. Under his rules, this country would have closed its doors long ago to those who made the United States the great experiment, unique to the world. He would have shut off the flow of people whose best and perhaps only asset at the time was desire for a better life.

So, the Kennedys from County Wexford, the family that eventually gave us the first Irish Catholic president — not worthy of entry. Famine rejects! No prospects. From a nation whose people were already filling New York’s jails in the 1850s. Enough with potato-panicked Paddys.

The U.S. has been "the great experiment" because of the willingness of those admitted here legally to assimilate while bringing their uniqueness into the melting pot. The left's objective since the late Ted Kennedy's immigration bill became law in 1965 has been to ruin that — and it has mostly been working.

Egan appears to think he's being clever by citing the Kennedys, who emigrated in 1849, six years before "The country's first immigration station, Castle Garden, opened in New York City in 1855," and 43 years before Ellis Island opened. Nonetheless, if there was no formal immigrant processing before then, it would still be true that the Kennedys broke no laws in settling here. Currently, every person who has arrived and remained here without going through proper channels broke current law to do so, and is by definition an "illegal alien."

The obvious question for Egan, given that his hallowed "lawn cutters" and others in all too many cases did not come here legally, is, "What about 'illegal' don't you understand?" It's a waste of time to wait for an answer, because it's obvious that he doesn't care, nor do the rest of the residents of the echo chamber at the Times. But the vast majority of American citizens, including O'Reilly, certainly do, and they take special umbrage at the idea that saying something or even anything about addressing the problem is automatically "hate speech."

The video which follows begins with O'Reilly commenting on Trump's more recent speech on the military and national security, after which he went to Egan's way over-the-top op-ed and the "strategy of hate" in general:

Hateful speech: That is the subject of this evening's Talking Points Memo.

Donald Trump gave a national security speech in Philadelphia today, concentrating on how he would bolster the military and pay for it by cutting back on civil federal employees, among other things. As we reported last night, Mr. Trump is making gains across the country, primarily because Hillary Clinton is getting pounded by scandal. Day after day it's more reporting about the Clinton Foundation and the destroyed emails when she was Secretary of State.

That has taken pressure off Mr. Trump who is now getting more specific about what he would do as president. So, with two months left in the presidential campaign, it is a very close race.

Enter the strategy of hate. On the Democratic side, the beat goes on portraying Donald Trump as a bigot and hate inciter. Here is what columnist Timothy Egan recently wrote in the New York Times, "In the hate speech that Donald Trump gave on immigration in Phoenix on Wednesday night, he all but deported the Statue of Liberty, laying out one of the darkest visions of the American experience at that any major party nominee has ever given."

Now, this is not boosterism for Donald Trump. But Mr. Egan's analysis is unfair and inaccurate. In Arizona, Mr. Trump restated that he would build a wall on the Mexican border to stem the flow of narcotics and illegal aliens. He also said he would crack down on alien criminals who commit violence in the U.S.A. Is that hate speech? Is that deporting the Statue of Liberty? I mean, think about it. Trump believes the nation is not secure when hard drugs and undocumented people can freely flow into the U.S.A. Is that a hateful position?

Talking Points believes this demonization by the left of anyone, including me, your humble correspondent, who disagrees with their uber, uber liberal policies will fail. The fact is Donald Trump's Arizona speech helped him as the new polls show. Americans are tired, sick and tired of far left media people accusing others of racism, bigotry, and hatred. That's a cheap tactic and it should be rejected by all fair-minded people. That same thing is true to a much lesser extent on the right. Demonizing Hillary Clinton is foolish, let the facts speak for themselves.

Secretary Clinton denies any wrongdoing in the email and foundation controversies, but there are plenty of facts in play. So you, the voter, can easily decide whether her denials have credibility. Also, it's quite clear that Secretary Clinton believes Barack Obama has done a heck of a job. Again, facts are clear. Reality staring us in the face. So it's not difficult to make a decision about either candidate. We don't need despicable and hateful branding. We need clarity. And that's “The Memo”.

Whether O'Reilly's optimism about the strategy of hate being destined to fail is justified is, sadly, highly debatable.