Since most of the truth about the Clinton Foundation hurts the candidacy of Democratic presidential nominee Hillary Clinton, her campaign appears to have adopted the strategy of having Tim Kaine, her hapless running mate, lie about its activities and decisions to local reporters, while hoping that nobody outside the local viewing area gets wise to the tactic. With New Media and partisan monitors on the alert, that's a risky strategy — but not so much if the outlet deceived doesn't fully correct the record.

Kaine, when asked by WEWS-TV reporter John Kosich whether the Clinton Foundation's ability to received donations up to Election Day won't cause a last-minute rush of favor-seekers, claimed that "I think it's now, foreign donations as of now" (are not being collected). That's not true, Tim.

Folks at the Republican National Committee's GOP War Room YouTube channel saw and posted a relevant clip from the report the Cleveland station had posted late Tuesday morning, contending that Kaine's claim was not true. Then, at National Review (HT MRC Noel Sheppard Media Blogger of the Year David Rutz), the indefatigable Jim Geraghty proved it.

JOHN KOSICH: On the question of the Clinton Foundation, I know they said they're not going to accept foreign donation if she's elected president. But if you've been to a wedding where they yell, "Last call in 15 minutes," everyone rushes to the bar. Should we just get out in front of this now, and not going to take any —

TIM KAINE: I think it's now, foreign donations as of now and then as president, President Clinton will step aside from his connection with the foundation. So she's taking one step forward right now, the Foundation is, taking one step forward right now by saying there’s no corporations, no foreign-connected contributions, we’re not taking them right now. And then if we are successful and are elected, President Clinton will sever the tie with the foundation that he created.

Here's a question for John Kosich: What's with framing your question in terms of "we"? Although his question is conceivably a case of careless wording, it seems likely that Kosich has given away his political leanings. 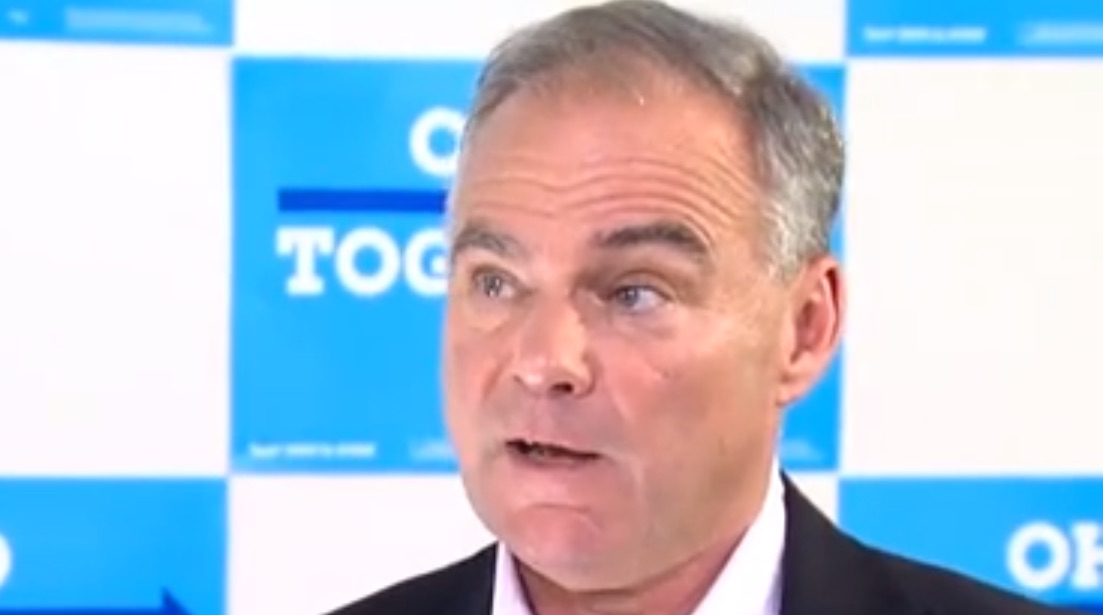 Geraghty fact-checked Kaine's claim, and found it plainly lame, while explaining the shame in Team Clinton's strategy (link is in original):

Man, when you get nailed like the Clintons are right now — and Tim Kaine is, by proxy — the easiest defense is to just lie, lie, and lie some more.

If she is elected, we will immediately implement the following changes: The Foundation will accept contributions only from U.S. citizens, permanent residents, and U.S.-based independent foundations, whose names we will continue to make public on a quarterly basis. And we will change the official name from the Bill, Hillary & Chelsea Clinton Foundation to the Clinton Foundation.

Right now, the Clinton Foundation is still accepting foreign donations. And Tim Kaine is either oblivious to that fact, in denial, or just really comfortable lying about it.

To his credit, Kosich at WEWS has cited a Mediaite critique of Kaine's claim on his Twitter page. Mediaite reaches the same conclusion as Geraghty.

It would be far more impressive if the station would post and broadcast a full correction. Will it? Team Clinton's dishonest tactic looks like it was pretty effective in this case if it doesn't.