Schultz never genuinely answered Corke's question. The video excerpt which follows shows that he instead went into a rant about the length of the House's Benghazi investigation, which of course has gone as long as it has because of obstruction and stonewalling by the Obama administration and House Select Committee Democrats. After Schultz said his pathetic piece, Corke zinged him with the fact that it took President Barack Obama far longer than the length of time Congress has spent on Benghazi to hem, haw, and finally reject the Keystone Pipeline project.

Note at the end of the video that the assembled reporters laughed with Corke at his observation, and not at him:

KEVIN CORKE, FOX NEWS: I want to ask you about what seems to be a bit of a standoff between the White House and the House Select Committee on Benghazi over whether the President should answer questions, a series of questions about the 2012 terrorist attack, that left four Americans dead.

We understand that counsel to the president Neil Eggleston, feels like the questions were inappropriate. I’m just wondering as an American why wouldn’t the President want to explain not just what was happening that night, where he was, what was happening directly as it relates to his evening, but also why not answer more specific questions about it in the interest of transparency? 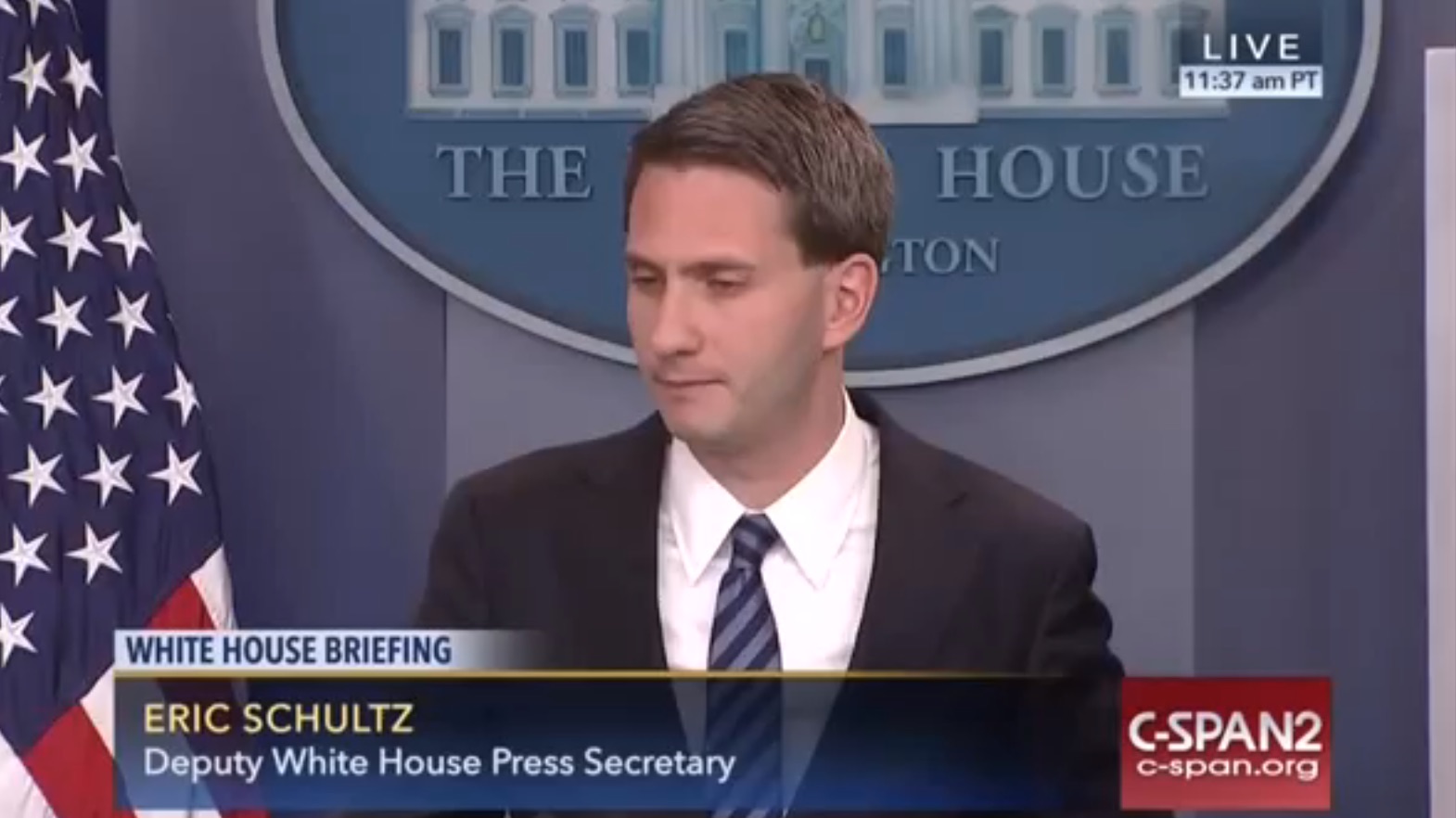 SCHULTZ: Sure, Kevin. Today we looked this up, it is the 781st day of this committee. This is a committee that has gone on longer than the 9/11 Commission, than the committee designated to look at Pearl Harbor, the assassination of President Kennedy, the Iran Contra affair and Watergate.

CORKE: But not longer than the studying of the pipeline through Canada.

Recall all of the items the administration had up for consideration during 2012 and 2014, particularly in connection with Obamacare and the environment, which it deliberately delayed until after the November elections in those years.

President Obama didn't formally kill the Keystone Pipeline until November 6, 2015, more than 7 years (i.e., more than 2,555 days, Eric Schultz, or more than three times as long as the 781 days you cited as the length of the House Select Committee's investigation) after TransCanada applied for a presidential permit.

Translating Corke: "Dude, I just knocked you on your rear end with a totally valid comparison — and the best immediate response you have is to say my name like you're talking to a child? How weak."

Exit question: On the night of Benghazi, was Obama playing cards with someone, as Obama's "former body man" Reggie Love said he did the night Osama Bin Laden was killed in May of 2011?