On Sunday, I noted how the Associated Press wouldn't let the awful national news from the Federal Reserve on Industrial Production (second straight month of 0.6 percent contraction) stand alone without trying to offset it with phony evidence that U.S. manufacturing is showing "signs of stability." That "evidence" was primarily a positive manufacturing survey result from just one state: New York. The AP also dedicated a separate national story to that New York Federal Reserve-published result.

So when the Philadelphia Federal Reserve published its manufacturing survey earlier today, one might have expected that AP would have given it a story, especially since today wasn't a particularly big day for other impactful economic releases. Of course, AP ignored it — because the result was negative, defying expecations that it would remain positive for a second straight month. From what I can determine, the Philly Fed's release is not even a local AP story.

Here are the first few paragraphs from the Philly Fed report (accessible here as a download; bolds are mine):

Firms responding to the Manufacturing Business Outlook Survey reported no improvement in business conditions this month. The indicator for general activity, which rose sharply in March, fell to a slightly negative reading in April. Other broad indicators suggested a similar relapse in growth that was reported last month. The indicators for both employment and work hours also fell notably. Despite weakness in current conditions, the survey’s indicators of future activity showed continued improvement, suggesting that the fallback is considered temporary.

The diffusion index for current activity decreased from 12.4 in March to -1.6 this month. The index had turned positive last month following six consecutive negative readings (see Chart 1). The current new orders and shipments indexes also fell this month. The percentage of firms (23 percent) reporting a rise in new orders was exactly offset by the percentage reporting a decline. The current new orders index decreased from 15.7 to zero this month, while the current shipments index fell precipitously, from 22.1 to -10.8. The unfilled orders and delivery time indexes suggested weakness, as both indexes were in negative territory this month. Firms continued to report overall declines in inventories.

The survey’s indicators of employment corroborate weakness in the other broad indicators this month. The employment index decreased 17 points and registered its fourth consecutive negative reading. Nearly 62 percent of the firms reported no change in employment this month, but the percentage reporting decreases rose from 17 percent in March to 27 percent this month. Firms reported a notable decline in average work hours: The index decreased 22 points and returned to negative territory after last month’s first positive reading in three months.

Here is the Philly Fed's graph of current activity and hoped-for future conditions:

Zero Hedge noted that "Every (survey) subcomponent weakened (aside from prices paid and received)."

While it's nice that the "hope" index improved, such hopes have been dashed so often during the past seven-plus years that it's become almost impossible to take such readings seriously. 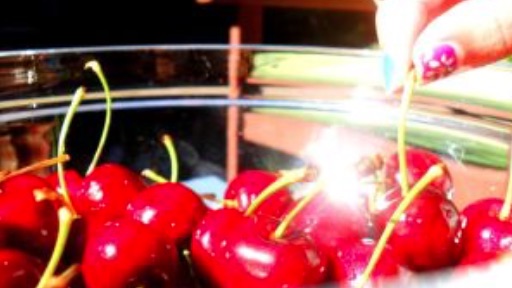 The Philly Fed report is arguably more significant than the one covering New York. Philly's district covers the eastern 75 percent of Pennsylvania, the southern half of New Jersey, and all of Delaware. Though precision isn't possible, after reviewing state-by-state data found here, a reasonable estimate of the annual manufacturing GDP of this area would be $85 billion. New York's 2014 manufacturing GDP at the link is $68 billion.

Because of AP's clear choice to ignore the Philly Fed report while promoting the Empire State release, those who read, listen to, or view AP-generated or AP-based content, and those outlets which subscribe to AP content, largely believe the rubbish the wire service's Christopher Rugaber published last week about how manufacturing is showing "signs of stability." They're wrong to believe it, but unless they do the digging AP is supposed to be doing for them or follow New Media pretty closely, how would they know?