This must be "Donald Trump is the end of the world" week at the Washington Post.

Earlier today, Tim Graham at NewsBusters described a morning "Acts of Faith" item at the Post by Joseph Loconte. Loconte compared Trump to the Pope-appointed emperor Charlemagne, who "ordered thousands executed" twelve centuries ago. Although Trump is famous for saying, "You're fired," he has not followed up those statements with summary executions. On Sunday, Danielle Allen, "a political theorist at Harvard University and a contributing columnist for The Post," wrote that with Trump's progress towards achieving the U.S. presidency thus far has led her to understand "exactly how Hitler could have come to power in Germany." Yeah, she went there.

Allen's full title is "Director, Edmond J. Safra Center for Ethics, Harvard University." Apparently, it's not unethical to compare a living person who has become wealthy as a successful businessperson but who may have questionable and inconsistent political positions to someone who was responsible for a world war and eliminated millions of people strictly because they were Jews.

Ms. Allen's perceptive powers are suspect, to say the least.

Here is the judgment Ms. Allen rendered on Barack Obama almost eight years ago while she was at Princeton, her previous employer, as the final phase of the 2008 Democratic Party primary process unfolded:

Obama's résumé compares very favorably to those of other 46-year-olds. Clinton's, compared with that of other 60-year-olds, is, with all due respect to her, thin. It is indeed distinctive, and she does have more leadership experience than many, but she probably does not rise to the top of her age cohort. Obama does.

At the time, Obama had never "led" anything of significance — and having a staff as a Senator during the previous three years certainly didn't count.

The humor level in her "assessment" increased from there:

... a young candidate must do four things:

When a young candidate can do all these things, we should vote for that candidate because we will have successfully elected a person of merit in the prime of life.

Obama has done all of these things.

In your dreams, Ms. Allen.

Eight years later, it's obvious that Obama couldn't do any of the things Allen thought he could — because he hasn't. He has created serious financial problems for this nation and presented no viable solutions. He has presided over the worst economic recovery since World War II and pretends that all is well, even as this nation's growth is once again sputtering. His definition of "effective action" is "my way or the highway, and if you don't do what I want, I'll do it on my own, and dare you to stop me." Finally if there's any "grace, judgment or integrity" in Obama's conduct during his seven-plus years as President, it has been, with very rare exceptions, quite well-hidden.

One could credibly argue that Obama has, more than any other single person in the whole wide world, created the conditions where a Trump candidacy can actually be viable. So you'll excuse me for thinking that it's laugh-out-loud funny that someone who so seriously misjudged Obama eight years ago believes that she is a credible source of advice for how to deal with the serious damage he has done.

Ms. Allen begins by telling readers that she isn't even going to try to make a case for her outrageous assertion:

The moment of truth: We must stop Trump 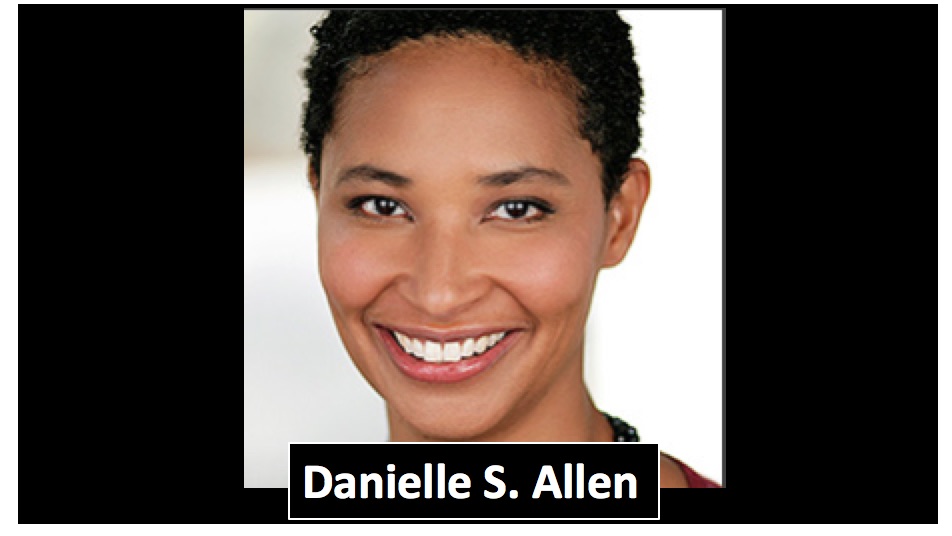 Like any number of us raised in the late 20th century, I have spent my life perplexed about exactly how Hitler could have come to power in Germany. Watching Donald Trump’s rise, I now understand. Leave aside whether a direct comparison of Trump to Hitler is accurate. That is not my point. My point rather is about how a demagogic opportunist can exploit a divided country.

Translation: "There is no direct comparison here, but I'm going to invoke Hitler, because, well, it's great clickbait. It will generate eyeballs, get me lots of attention, and lead to Pavlovian responses." This is apparently Harvard's concept of "ethics" in action.

The only "solutions" Allen offers are laughable, or dangerous.

The dangerous one involves overt censorship:

... journalists cover every crude and cruel thing that comes out of Trump’s mouth and thereby help acculturate all of us to what we are hearing. Are they not just doing their jobs, they will ask, in covering the Republican front-runner? Have we not already been acculturated by 30 years of popular culture to offensive and inciting comments? Yes, both of these things are true. But that doesn’t mean journalists ought to be Trump’s megaphone. Perhaps we should just shut the lights out on offensiveness; turn off the mic when someone tries to shout down others; reestablish standards for what counts as a worthwhile contribution to the public debate.  That will seem counter to journalistic norms, yes, but why not let Trump pay for his own ads when he wants to broadcast foul and incendiary ideas? He’ll still have plenty of access to freedom of expression. It is time to draw a bright line.

Allen, rephrased: Reporters need to cease any pretense they have of being journalists and ban or "shadowban" Donald Trump, just like Twitter is currently banning and shadowbanning civil people speaking their conservative minds like Robert Stacy McCain and Milo Yiannopoulos, respectively.

Or I suppose we can go further with Allen's "brilliant" idea, and start going after individual citizens who post favorably about Trump on Facebook, Twitter, Instagram or even in their own blogs, just like police in the UK and Europe are doing to people who are outraged at their governments' suicidal "migrant" policies.

Jeb Bush has done the right thing by dropping out, just as he did the right thing by being the first, alongside Rand Paul, to challenge Trump. The time has come, John Kasich and Ben Carson, to leave the race as well. You both express a powerful commitment to the good of your country and to its founding ideals. If you care about the future of this republic, it is time to endorse Marco Rubio. Kasich, there’s a little wind in your sails, but it’s not enough. Your country is calling you. Do the right thing.

Ted Cruz is, I believe, pulling votes away from Trump, and for that reason is useful in the race. But, Mr. Cruz, you are drawing too close to Trump’s politics. You too should change course.

Democrats, your leading candidate is too weak to count on as a firewall. She might be able to pull off a general election victory against Trump, but then again she might not. Too much is uncertain this year. You, too, need to help the Republicans beat Trump; this is no moment for standing by passively. If your deadline for changing your party affiliation has not yet come, re-register and vote for Rubio ...

The idea that Ted Cruz's positions are close to Trump's — assuming we can truly know what the current frontrunner's positions on all but a few core issues are on any given day — would certainly be news to the Texas senator, his campaign team and his supporters.

I also suspect that Marco Rubio would rather not have the coveted Danielle Allen's GOP nomination endorsement.

How dreck like Loconte's and Allen's actually got published in the Washington Post says a lot more about the decline of standards there than it does about the two columnists. Allen, as demonstrated above and in a June 2008 NewsBusters post about how she tried and failed to prove that some grand conspiracy was afoot to smear Obama as a secret Muslim — the question, eight years down the road, has to be: "Assuming he really isn't, what would he have done differently if he was?" — has clearly been unhinged for some time.