The callousness towards human life at Planned Parenthood is such that it believes that the remains of preborn babies killed during abortions are just like any other "medical waste," and that sending them to landfills — or, perhaps even incinerators — is therefore "humane."

That's what one must conclude from reading an Associated Press report Friday evening which strived mightily to play defense for the beleaguered group. The wire service's headline only described State Attorney General Mike DeWine as an "official." The opening sentence from Andrew Welsh-Huggins only conceded that DeWine "criticized" the practices at Ohio's Planned Parenthood's locations, when his press release clearly contends that it has been violating state regulations (bolds are mine): 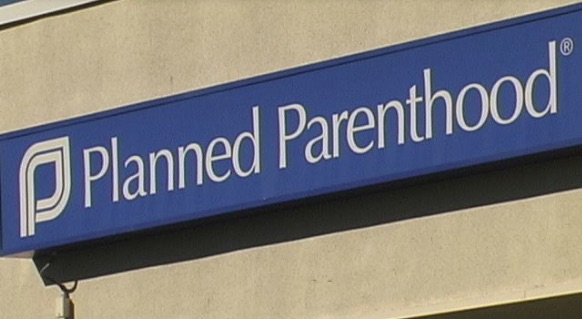 Planned Parenthood of Ohio did not make money from the sale of aborted fetuses, state Attorney General Mike DeWine concluded Friday in an investigation that instead criticized the agency for disposing of fetal remains in landfills.

Planned Parenthood said DeWine, a Republican, was making another politically motivated attack on abortion and called the report "inflammatory and false." The agency didn't deny that remains went to landfills, but said it followed Ohio law and uses the same practices as hospitals and ambulatory surgical facilities, which generally contract with outside companies to dispose of all medical waste.

"We handle all fetal tissue respectfully," said Stephanie Kight, president and CEO of Planned Parenthood of Greater Ohio. "That's our commitment to our patients."

DeWine said the disposal practice is callous and violates state rules requiring that fetuses be disposed of in a humane manner.

Memo to AP's headline writers: Attorney General DeWine is not just an "official." He is the Buckeye State's highest law enforcement officer.

It must have been really difficult for Welsh-Huggins to keep the word "babies" out of his coverage. It only appeared once, in Paragraph 14 of his 17-paragraph report:

Ohio Right to Life, which opposes abortion, called on lawmakers to pass a bill ensuring the aborted remains of babies are treated humanely.

Given that Ohio Right to Life's characterization isn't in quotes, Welsh-Huggins, it would seem inadvertently, conceded that babies are killed in abortions. Thanks, Andy.

An earlier headline, still present elsewhere but since "corrected" at the AP's main national site, read as follows: "Planned Parenthood: Ohio law followed for fetus disposal." That's not true if one considers the Ohio Administrative Code of rules and regulations as enforceable as the Ohio Revised Code of state laws.

Huggins incoherently noted the correction at the end of his report:

This story has been changed to correct headlines to say Planned Parenthood follows Ohio law for fetus disposal.

He seens to be saying, "NOW the headline says that PP follows the law." The revised headline as seen above doesn't say that.

What DeWine found appears not to be uncommon. LiveActionNews.com noted the following on October 27, referring to a post the previous week:

As Live Action reported last week, abortion providers believed to be attending the National Abortion Federation (NAF) convention admitted that in Detroit, “many” of the nearly 45 abortion facilities routinely flushed baby parts into garbage disposals and out into the sewer system because it was cheap and legal, according to an archaic law.

The earlier report indicates that the providers aren't worried about legal issues. They're worried about "the scandal potential," i.e., "If it can’t be on the front page of the New York Times, you shouldn’t be doing it, any of you."

Sadly, the last place they should be worried about is the New York Times — or, it would appear, based on the defensive posture of the AP report described here, much of the rest of the  establishment press.