Press Ignores How Sanders Is the Really Angry Candidate — and Person

We've been told for over 20 years — at least since pundits falsely claimed that "angry white men" drove the GOP takeover of Congress in 1994 — that Republicans and conservatives have far more issues with anger than liberals and socialists. In the the 2016 presidential election cycle, current frontrunner Republican Donald Trump and especially his supporters have often been described in media reports as "angry," while the left's candidates and followers have largely avoided that tag.

So it's worth noting that Dan Hill, in a guest column at Reuters, claims that the really angry candidate in this election cycle is none other than socialist Bernie Sanders. What's more, an item published in August at SevenDaysVT.com confirms that Sanders is also a serially angry guy in his daily dealings.

Hill, who claims extensive experience in "facial coding," reports observing extraordinary levels of anger in Sanders' demeanor and delivery (bolds are mine throughout this post): 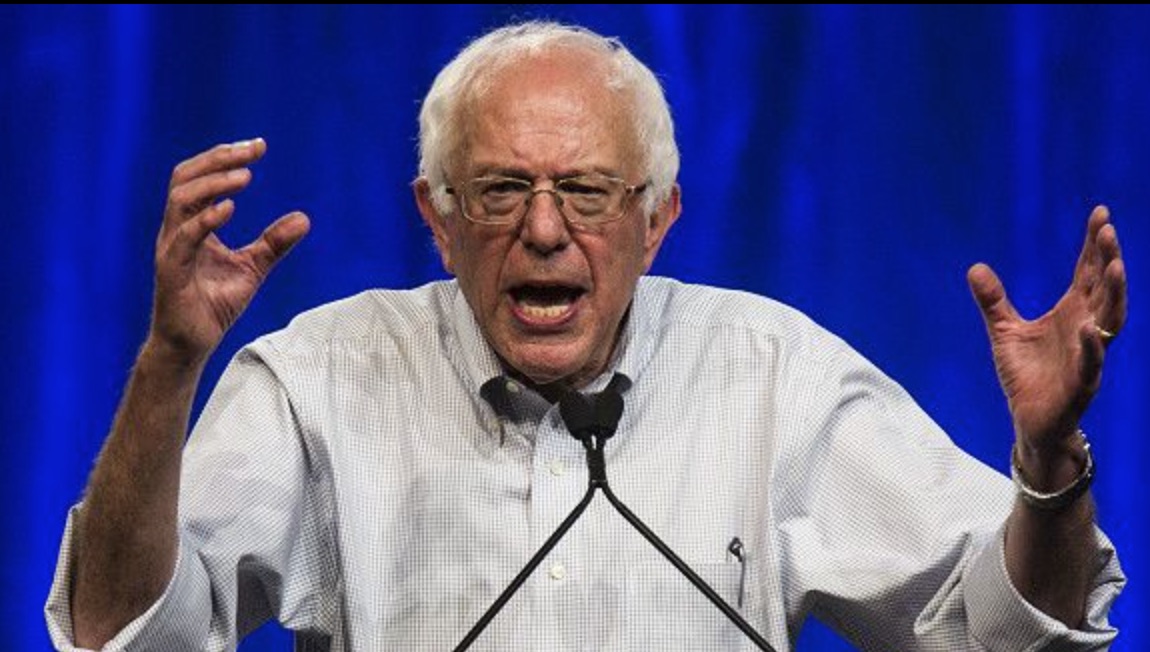 ... On Labor Day, Sanders, as usual, comes out swinging. Literally. He uses a double-barreled hand gesture for emphasis — both hands clenched into fists and raised level with his head. Add a barrage of finger-pointing to drive home his resistance to the status quo, and you’ve got Sanders’s body language nailed.

But that’s just the obvious stuff. Sanders’s somewhat more subtle facial expressions also mark him as the angriest candidate in this year’s election cycle. When I facially coded all the candidates’ campaign launch speeches, more than half of Sanders’ address fell on the anger spectrum — from annoyed to frustrated to outraged.

Sanders registers anger far more than any other emotion. Watch how his chin thrusts upward during or between sentences, often as his lips press together. How tightly he presses them together is a barometer of whether an issue makes him merely frustrated or downright angry. Then round out the package with a furrowed brow and narrowed eyes.

It used to be that American presidential candidates obligingly smiled to the cameras and the crowds. It showed you were calm and cool, upbeat — a winner.

But not Sanders. Though he is attracting large crowds at campaign events, now as much as five times the size of former Secretary of State Hillary Clinton’s biggest audiences, it doesn’t get him to lighten up. Since he is insisting that he won’t be bought off by wealthy donors, he has pulled in contributions from more than 400,000 people. Yet that also doesn’t seem to soften his anger.

Sanders is succeeding beyond most political analysts’ expectations. The senator admits that he is “stunned” to have pulled even with Clinton in recent Iowa polls. He is ahead in New Hampshire — which, granted, is Vermont’s neighbor.

The amazing thing, however, is that, despite this success, Sanders appears to have gotten even angrier since his campaign launch. It’s almost as if he’s the candidate of wrath.

... The more that Sanders gathers crowds and small donations, paradoxically the less happy he appears. Sanders told the Labor Day rally only once that “we’re going to win this election.” As the crowd erupted in cheers, then, and only then, did Sanders leave anger. He smiled.

But it wasn’t an actual smile. It looked more like a smirk. It seemed to reveal the senator’s contempt for all the usual “we’ll win” campaign claptrap. Even as he was using it.

Searching Google News for the term "angry Bernie Sanders" (in quotes) returns one item — and that one isn't even about him; it's about his supporters.

A search on "Bernie Sanders anger" (in quotes) also returns only one item; but it's a doozy. It ultimately leads to SevenDaysVT.com, where Paul Heintz, the publication's political editor, confirms Hill's take at a personal level. It's the kind of story which would have gained instant traction with the nation's establishment press if it had been about a Republican or conservative (warning: some profanity):

Anger Management: Sanders Fights for Employees, Except His Own

When Sen. Bernie Sanders (I-Vt.) announced three months ago that he'd seek the Democratic presidential nomination, the New York Times described him as a "grumpy grandfather-type."

That caricature has persisted — most notably in a recent Washington Post listicle with the irresistible headline: "7 ways Bernie Sanders reminds us of our grumpy grandpa."

According to some who have worked closely with Sanders over the years, "grumpy grandpa" doesn't even begin to describe it. They characterize the senator as rude, short-tempered and, occasionally, downright hostile. Though Sanders has spent much of his life fighting for working Vermonters, they say he mistreats the people working for him.

"As a supervisor, he was unbelievably abusive," says one former campaign staffer, who claims to have endured frequent verbal assaults. The double standard was clear: "He did things that, if he found out that another supervisor was doing in a workplace, he would go after them. You can't treat employees that way."

Like several others quoted in this column, the campaign worker would speak only on the condition of anonymity, saying that to do otherwise would constitute "career suicide" in a small state such as Vermont. But others echoed the former employee's story, saying the senator is prone to fits of anger.

"Bernie was an asshole," says a Democratic insider who worked with Sanders on the campaign trail. "Just unnecessarily an asshole."

Naturally, neither profile of Sanders hasn't gained wide visibility. That's because it's almost a stylebook rule in the national press that only Republicans and conservatives can be portrayed as "angry."