Correction: This post originally referred to Variety as the publication involved. It was Vanity Fair, and the text below has been corrected to reflect that.

At the Daily Beast on Tuesday, Vicky Ward, who profiled Jeffrey Epstein for Vanity Fair Magazine in early 2003, revealed that she and Graydon Carter, the publication's editor, were aware of and had specific details about the convicted ultrarich creep's sexual episodes with underage girls. They also apparently had proof that Epstein had forged denial documents from two of his victims. Epstein had recently become publicly visible as a result of his 2002 African travels with former President Bill Clinton.

At the last minute, Carter almost completely spiked the sexual elements of Ward's story, leaving only vague references to Victoria's Secret models, a party "filled ... with young Russian models" and to "beautiful women ... whisked off to Little St. James (in the Virgin Islands)." The published product focused almost entirely on the mystery of Epstein's career as a broker, including his admission to securities law violations, his subsequent business dealings, and his quirky but often lavish purchases and lifestyle.

Self-described billionaire Epstein (three years ago, Forbes contended that he's not), after a lengthy 2005-2006 investigation by Palm Beach, Florida police, pleaded guilty in June 2008, two years after he was arrested, to a single state charge of soliciting prostitution — even though police believed they had enough evidence to support additional and more serious charges. He served 13 months of an 18-month sentence. 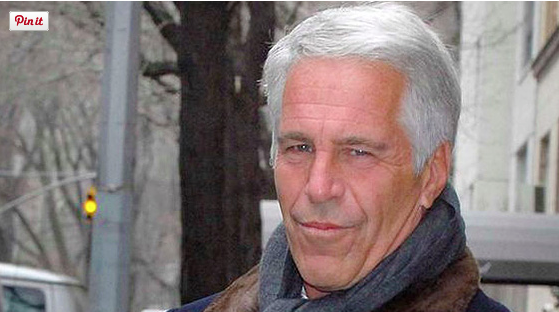 Now a registered sex offender, Epstein has recently reappeared in the headlines as a result of two developments. First, it has been alleged in a lawsuit that Prince Andrew may have been a co-participant in certain of Epstein's sexcapades. Second, as reported at the Smoking Gun on Sunday (bolds are mine throughout this post):

According to court records, (Bill) Clinton “frequently flew” with Epstein aboard the investor’s private jet from 2002 to 2005, the year news of the police investigation of Epstein was first reported.

... As part of a civil suit filed against Epstein by several of his victims, lawyers for the women floated the possibility of subpoenaing Clinton since he “might well be a source of relevant information” about Epstein’s activities.

While Clinton was never deposed, lawyers obtained Epstein’s computerized phone directory, which included “e-mail addresses for Clinton along with 21 phone numbers for him, including those for his assistant (Doug Band),” according to a court filing.

A separate Daily Beast item in April of 2011 noted how many members of the media-political glitterati apparently had no problem socializing with Epstein after his release. Among the names dropped in Alexandra Wolfe's coverage: Katie Couric, George Stephanopoulos, Chelsea Handler, Woody Allen, several investment community heavyweights, scientists benefitting from his funding of their projects, and Prince Andrew.

This closing of ranks occurred even after more sleazy details had become publicly known:

... It seemed Epstein had joined the ranks of former President Clinton, director Roman Polanski, and former New York Governor Eliot Spitzer, whose sex scandals faded in comparison with their celebrity. The conventional wisdom among his friends was that Epstein has been victimized by greedy, morally dubious teenage girls and unscrupulous lawyers.

Epstein may have been stopped 12 years ago if Vanity Fair had published what Vicky Ward had learned. She described much of it in yesterday's Daily Beast article, which is definitely a "read the whole thing" item:

... (In a desposition, Epstein admitted that) he had indeed been guilty of a “reg d violation” while at Bear Stearns and that he’d been asked to leave the investment firm ...

I had discovered many other concrete, irrefutable examples of strange business practices by Epstein, and while I still couldn’t tell you exactly what he did do to subsidize his lifestyle, my piece would certainly show that he was definitely not what he claimed to be.

... I was a little mystified at how benignly he responded to my questions about his business activities. Now, when I look at my meticulous notes, I notice that his tempo quickened—and he was much more focused—when he himself asked: “What do you have on the girls?” He would ask the question over and over again.

What I had “on the girls” were some remarkably brave first-person accounts. Three on-the-record stories from a family: a mother and her daughters who came from Phoenix. The oldest daughter, an artist whose character was vouchsafed to me by several sources, including the artist Eric Fischl, had told me, weeping as she sat in my living room, of how Epstein had attempted to seduce both her and, separately, her younger sister, then only 16.

... When the girls’ mother learned that Epstein had, regardless, allegedly molested her 16-year-old daughter, she’d wanted to fight back. “At the time I wanted to go after him. I mean, physically, mentally, you know, in every way, shape, and form. And the advice I was given was, you know, he is so wealthy, he can fight you, he can make you look ridiculous, he can make your daughters look ridiculous, plus he can hurt them.

... When I put their allegations to Epstein, he denied them and went into overdrive. He called Graydon. He also repeatedly phoned me. He said, “Just the mention of a 16-year-old girl… carries the wrong impression. I don’t see what it adds to the piece. And that makes me unhappy.”

Next, Epstein attacked both me and my sources. Letters purporting to be from the women were sent to Graydon, which the women claimed (and gave evidence to show me) were fabricated fakes.

... (Epstein) got past security at Condé Nast and went into the Vanity Fair offices.

... But my sources, my young women and their mother, heroically held firm. They were going to tell their story, consequences be damned.

But Graydon Carter, apparently giving in to pressure from the story's subject — Ward writes that Carter told her that "He’s sensitive about the young women" — excised all of this from the ultimately published story.

I get the need not to burn professional bridges, but it seems that Vicky Ward is far too forgiving about all of this: "[T]hough the episode still deeply rankles me I don’t blame him." Well I do.

Graydon Carter and Vicky Ward had all they needed to remain neutral and publish the entire story. Disclosing Epstein's "fabricated fakes," perhaps after additional outside expert confirmation, should have made that decision a fairly easy one, taking it beyond the "he said, she said" realm.

It also seems that something else beyond Epstein's attempts to control the narrative might have influenced Carter's tragic decision to make the piece only "a financial story" — in a magazine which prides itself in how it covers high society matters.

Shame on you, sir.

The Smoking Gun noted earlier today that Epstein "remains a prominent patron and donor to individuals and organizations that seem to have little problem accepting money from the felon," and speculated that "Bill Cosby must be jealous."