House Republicans carried out a pledge to vote to repeal a $71 billion increase in spending for the Internal Revenue Service that was included in Joe Biden’s so-called “Inflation Reduction Act.” Reporters called this a “messaging bill,” since there's no chance it will pass a Democrat-controlled Senate or be signed by President Biden.

The IRS never announced they would hire 87,000 agents to audit your taxes, although a Treasury Department report estimated they could hire 86,852 new full-time employees. 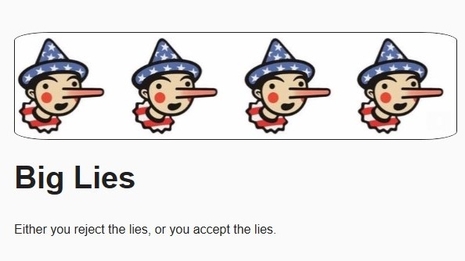 “We originally gave this claim Three Pinocchios because at least Republicans could point to a number in a Treasury report,” Kessler proclaimed. “But now, after repeated fact checks, there is really no excuse, and we are upping the rating to Four Pinocchios.” He called it “untethered from reality.”

Kessler reported the IRS has about 79,000 employees now, and “The Congressional Budget Office assumes, absent additional funding, IRS staffing would keep falling to about 60,000 in 10 years, so the funding would allow a doubling from that base.”

Fun fact: PolitiFact threw a “Mostly False” rating at Sen. Tom Cotton for saying, among other things, the Biden bill “doubles the size of the IRS.”

Doubling the IRS workforce obviously means the government will collect a lot more in taxes. You can tell because pundits like MSNBC’s Joe Scarborough underlined that the Congressional Budget Office estimated the GOP vote to rescind could cause the loss of $186 billion over ten years. Nothing offends liberals more than the thought of going soft on taxing the “super-rich”....even if many of the IRS audits will target middle-class citizens and small businesses.

Many of the “independent fact-checkers” rained fire on the claim the IRS would hire 87,000 new agents. Reporters like Mychael Schnell at The Hill asserted that the money would likely go for “customer service” or “computer science.” Others have suggested the hiring of janitors. 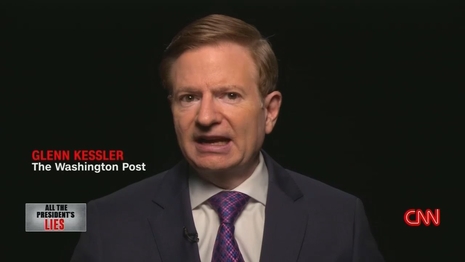 Kessler made a list of his allies in this anti-Republican crusade. PolitiFact threw a flag in August. Actually, it threw at least five “Mostly False” flags, because they couldn’t stand this GOP talking point. The Kessler list also included FactCheck.org, USA Today, Reuters, The New York Times, and Time magazine. He somehow left out the other tilted referees at the Associated Press and Snopes.com.

By contrast, President Biden uncorked a series of lies and smears that voting laws like those passed by Republicans in Georgia were some version of “Jim Crow,” or made “Jim Crow look like Jim Eagle.” All these “fact checkers” took a nap on that hyperbolic excess, even after the voter turnout in Georgia in 2022 set new records.

Since Election Day on November 8, Kessler has a “perfect” record of checking only Trump and conservatives – on seven occasions – not counting “year in review” posts. This makes sense, since Kessler’s Twitter page celebrates how the leftist comic strip “Doonesbury” noticed his self-righteous aggression on Trump.

These fact-checkers describe themselves as “independent,” but their seemingly inevitable leftward tilt and herd mentality make a mockery of the word. Even if their checks are factual, they appear to half of Americans as a vital cog in the Democratic Party’s messaging apparatus.