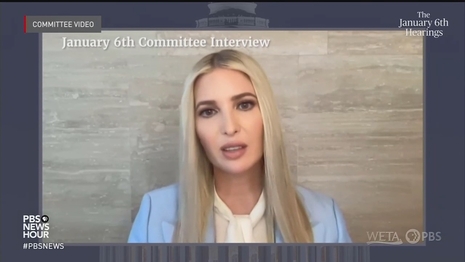 Despite the NBC report, Chuck Todd was chock-full of 1/6 talk on Sunday's Meet the Press -- 26.5 minutes, including a softball interview with ultraliberal Rep. Jamie Raskin (D-Md.) Todd wanted to know if it should be "easy" for Biden's Attorney General Merric Garland to just indict Trump and get on with it.

The sideshow of seven people affiliated with Stephen Colbert's Late Show on CBS getting arrested for unlawful entry of a House office building was something networks didn't want to discuss. CBS gave it about a minute, ABC did less than 25 seconds, and Chuck Todd's NBC couldn't be bothered.