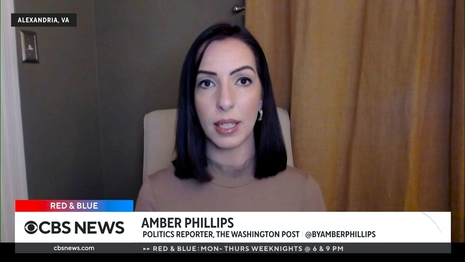 In almost 50 years of pro-abortion bias, the strangest media tactic is to pretend the abortion issue has only one "extreme." You can see this tactic in the latest political analysis by Washington Post reporter Amber Phillips.

Authorities appear to have made a mistake by charging a Texas woman with murder after an alleged abortion. State law specifically protects a woman from murder charges for aborting a pregnancy, reports The Post’s Caroline Kitchener.

But the near-total abortion bans being passed in red states right now are no mistake.

Emboldened by a conservative Supreme Court that may knock down abortion protections this summer, these new laws often don’t allow for abortions in the case of rape or incest...

Abortion bans with few or no carveouts are popular with the Republican base, specifically the purists of the antiabortion movement.

But these laws are well outside the mainstream of America. In fact, they are some of the most extreme abortion laws put in place in about 70 years, well before the Supreme Court put in nationwide abortion protections in Roe v. Wade, say abortion rights supporters.

Somehow, the "purists of the pro-abortion movement" aren't an issue. Phillips didn't report on Colorado Gov. Jared Polis signing an extreme pro-abortion law on April 4. The search engine suggests none of the Post political reporters covered it. The Post did publish an AP article under the bland headline "Colorado governor signs law to protect abortion rights." How extreme is this law?

The law guarantees access to reproductive care before and after pregnancy and bans local governments from imposing their own restrictions.

It also declares that fertilized eggs, embryos and fetuses have no independent rights.

That's a "purist" position! Liberal journalists don't see this an extreme stand, because they agree with it whole-heartedly. As on many issues, liberal journalists have a staunch ideological belief and then call themselves "mainstream" and their opponents "extreme."

AP reporter Jim Anderson noted Colorado is not alone in allowing no restrictions or time limits on abortions:

Colorado was the first state to decriminalize abortion in most cases in 1967, and it allows access to abortion but had nothing in state law guaranteeing it. New Jersey, Oregon and Vermont had previously codified the right to abortion throughout pregnancy, according to the Guttmacher Institute, a research organization that supports abortion rights.

AP follows the usual tilted approach -- the words "liberal" or "left-wing" or "radical" or even "progressive" are not employed. There's just "supports abortion rights."