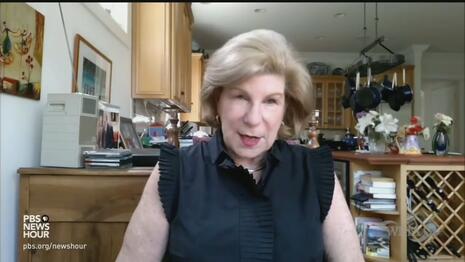 Fox News reporter Shannon Bream, using a different source, appeared on Special Report with Bret Baier and announced it was not true that Roberts made any such request, or that Sotomayor expressed anything to Gorsuch on this matter.

Sadly for NPR and CNN, statements came out from the court that exposed this story as Fake News. First, Gorsuch and Sotomayor issued a statement saying “Reporting that Justice Sotomayor asked Justice Gorsuch to wear a mask surprised us. It is false.”  NPR and Totenberg legalistically insisted they never reported an argument between these justices. Then Roberts added his denial that directly contradicted NPR’s story: “I did not request Justice Gorsuch or any other Justice to wear a mask on the bench.”

NPR’s anonymously-sourced information had devolved into misinformation, and Fox News had reported the truth. But NPR’s David Gura (a former MSNBC weekend host) doubled down, tweeting he was “surprised at how many Supreme Court correspondents I admire are passing along a statement from two justices that is at best false without any context whatsoever.”

NPR lamely defended itself by claiming “The NPR report said the chief justice's ask to the justices had come ‘in some form.’ NPR stands by its reporting.” So they’re suggesting Roberts is dishonestly denying whatever “form” they nebulously claim.

But if CNN wants to debate who has engaged in a “tsunami of disinformation,” they could always look at all the liberal media outlets and leftist Twitterati who piled on Totenberg’s discredited reporting. Drew Holden assembled one of his typically long Twitter threads of all of the aggressive media pickups of the NPR report.

On MSNBC, Democrat hack Brian Fallon said that based on Totenberg’s “terrific reporting,” he thought “what a mean-spirited, almost ghoulish person Gorsuch is.” Joy Reid fussed Gorsuch “could not be bothered to extend a lifesaving courtesy to his co-worker.” Eddie Glaude tweeted “These people are monsters.”

After her story crashed and burned, Totenberg came back to NPR and noted “Sotomayor and Gorsuch issued a statement saying that she did not ask him to wear a mask. NPR's report did not say that she did. And the chief justice issued a statement saying that he, quote, ‘did not request Justice Gorsuch or any other justice to wear a mask on the bench.’” She didn’t note to NPR listeners that Roberts directly denied what NPR claimed.

For conservatives, this fiasco underlines that Totenberg’s long taxpayer-funded career has been a partisan exercise in kissing liberal rings (especially her very public friendship with Ruth Bader Ginsburg) and raining fire on conservative judges with investigative attacks. You had to guess that Clarence Thomas was laughing heartily behind his mask.