Like many corporations in the United States in 2020, Reuters went through a quiet revolution in human resources and “diversity and inclusion.” The company launched a series of lectures and training programs, ranging from a study of Kimberlé Crenshaw’s intersectionality theory to an interactive panel called “Let’s Talk About Race” to a keynote presentation on “unlocking the power of diversity.” In honor of Floyd, the company asked employees to participate in a “21-Day Racial Equity Habit-Building Challenge,” which promoted race-based reparations payments, academic articles on critical race theory, and instructions on “how to be a better white person.” 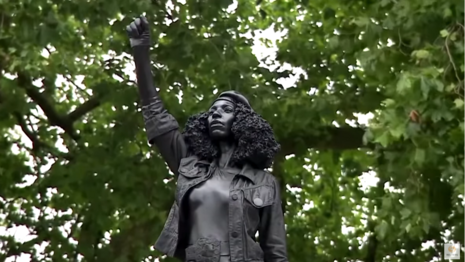 After being disturbed by the pro-Black Lives Matter tilt of Reuters reporting and how it didn’t match the data on police shootings, Kriegman took a leave and then came back to the office with a 12,000-word essay on its internal website “The Hub” titled “BLM is Anti-Black Systemic Racism.” Uh oh! He called into question the entire sequence of claims by BLM and its backers on the Reuters “news” team.

Kriegman began by stating his belief that BLM had passionate desires to protect black people from racism, but that instead, BLM’s protests were hurting low-income blacks. “I have avidly followed the research on the movement and its impacts, which has led me, inexorably, to the conclusion that the claim at the heart of the movement, that police more readily shoot black people, is false and likely responsible for thousands of black people being murdered in the most disadvantaged communities in the country.”

In short, attempts to demonize and defund the police lead to police evading confrontations that could be characterized as racist, which leads to more violent crime.

The essay dropped like a bomb on Reuters’s internal discussion forum, called The Hub. According to Kriegman, content moderators immediately took down the post and called in a “team of HR and communications professionals” to manage the situation. They told Kriegman that they were “reviewing” the document but, according to Kriegman, failed to provide specific objections to what he wrote. The essay, while challenging the dominant left-wing culture at Thomson Reuters, made a reasoned, dispassionate case based on rigorous evidence—precisely what a hard news organization should prioritize internally.

Finally, after Kriegman inquired multiple times about the company’s decision to remove the post, senior human resources director Melissa Budde told him that the post was too “antagonistic” and “provocative” and that he needed to work with Cristina Juvier, head of diversity and inclusion, if he wanted to pursue the matter further...

On May 28, after incorporating some of the feedback on tone from human resources, Kriegman reposted his essay under a new title: “BLM Spreads Falsehoods That Have Led to the Murders of Thousands of Black People in the Most Disadvantaged Communities.” This time, the moderators at The Hub let it stay up. Reuters employees savagely attacked the arguments as “whitesplaining” and worse. "Five days later, Thomson Reuters made the decision permanently to remove the post from the company’s internal servers." When Kriegman complained in emails to senior executives, he was fired.

The obvious conclusion is that the "news" media has an orthodoxy on "equity" that ironically requires very unequal coverage of race issues. It's like a slow-rolling seminar on "how to be a better white person" -- that is, to be more in tune with the radical left critique of systemic racism in America.