Can't Say That? NPR Morning Host Triggered by Utterance of the Word 'Abortionist' 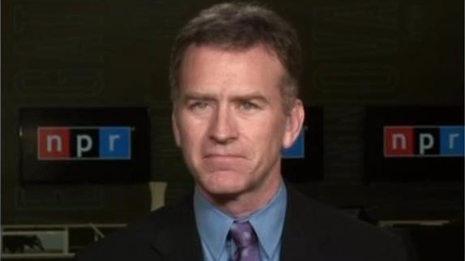 Something shocking happened on NPR on Friday. NPR Morning Edition host Steve Inskeep interviewed a pro-life activist in Texas, Rebecca Parma of Texas Right to Life. It was less shocking that it was hostile throughout. He tossed questions like "Wasn't your strategy actually to stop abortions in a way that is unconstitutional at the moment?"

And: "There's a supremacy clause in the Constitution. Federal law applies to the state of Texas. Texas lost the civil war. I mean, this is - it's very clearly in contravention of federal law."

But where it obviously broke for the NPR host is when Parma used the word "abortionist," which spurred a lecture about using terms that are not "universally accepted." Break out the laugh track:

INSKEEP: People appear to be in some clinics performing abortions now. Do you have people gathering information for lawsuits?

PARMA: I mean, they're - some of these clinics are being pretty obvious about the fact that they're resuming abortions. And so - you know, when this case is settled, the pro-life movement in Texas is fully planning to hold the abortion industry accountable to the fullest extent possible. And there is that provision, like you said, that retroactively can hold abortionists accountable if they violate the law. And there's a four-year statute of limitation with that. So there's time even as we watch what happens on the legal front and the injunction being dissolved eventually.

INSKEEP: I should just note - I mean, you're using terminology that's not universally accepted. And I feel I need to make a note of it when you say things like 'pre-born' and 'abortionist.' I understand that's your language. But we're talking about doctors performing medical procedures that are legal under federal law, correct?

What makes this laughable is that NPR routinely dabbles in all the pro-abortion terminology that is not "universally accepted."

A week before on All Things Considered, NPR reporter Danielle Kurtzleben promoted nationwide pro-abortion marches with all their preferred lingo employed: "abortion rights," "abortion access," "abortion justice," "abortion protections," and "abortion care." In September, they touted "abortion providers and seekers" in Texas. Neutrality on abortion has never been their method at NPR. 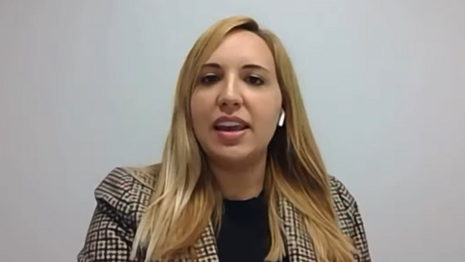 PARMA: Well, just because they're legal doesn't mean they're right, you know? An abortion is - it is a violent procedure that results in the death of one of the patients, and that's the child in the mother's womb. And that's the reality of it. And so that's what we're trying to highlight, too, is this isn't a normal procedure. You don't go for medicine, usually, to end up in death. You go for life. And that's not what happening. And it's unfortunate.

What? NPR, the network that "follows the science," insists that abortions don't end up in death?

NPR is brought to you in part by....you. And lots of "abortion opponents." Taxpayer funding supports the national operation in DC, and hundreds of public-radio stations across America. Contact Public Editor Kelly McBride here.