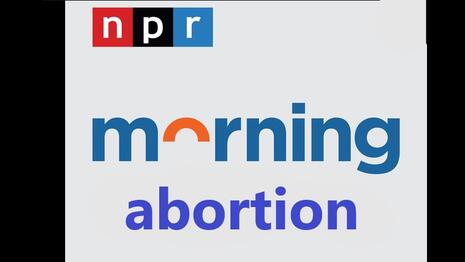 WADE GOODWYN: Last month, 23-year-old K.T., who lives in the San Antonio area, discovered they'd accidentally gotten pregnant. NPR is not using K.T.'s full name to protect medical and legal privacy. A single nurse with a full-time job who's also still in school, K.T. was not ready to have a child. But the timing couldn't have been worse because Texas' new abortion bill, known as SB8, was about to become law.

K T: I needed to have an abortion, and unfortunately, all the clinics were completely booked because, like, other people knew that, like, SB8 was coming. And I did the math, and I definitely was, like, on that cusp of, like, five to six weeks. It was just a very nerve-wracking experience, knowing that, like, literally days before something went into effect, like, my access was already taken away from me.

So much for transparency. Do we really know "they" got a chemical abortion, as we're told?

Then, painting by numbers, Goodwyn turned to a local affiliate of the Planned Parenthood conglomerate (annual death toll, 350-000-plus). They tweeted it out, because let's face it, NPR makes a good Planned Parenthood advertisement -- in part with the tax dollars of pro-life Americans.

🎧 : Listen to the story of a Texan pregnant woman seeking an abortion, and hear our own Regional Medical Director Dr. Amna Dermish, "People are losing access to abortion care *and* this is happening in the middle of a raging pandemic." https://t.co/irlxiOWM4w

GOODWYN: ...the law already generated a wave of fear and anxiety that's flowed through abortion providers and seekers. Women's health clinics saw a drop in their number of patients. Dr. Dermish says it's just over two weeks in, and she already has a bevy of stories of women wiping away tears, and teens curling up in her office chair. 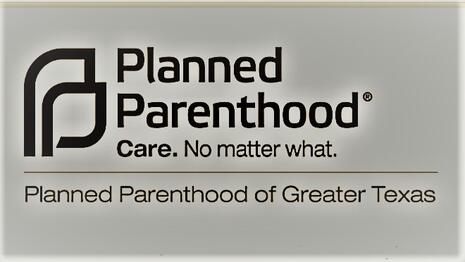 DERMISH: I would invite any of these legislators to come and sit in the clinic with me and listen to my patients' stories. And why don't you be the one to tell them that they can't have an abortion? Because it feels supremely unfair that it has to be, you know, me and my clinic's staff. It's cruel. It is cruel for all of us involved.

GOODWYN: Texas is so geographically large, just getting abortion-seekers to Oklahoma, New Mexico, Colorado, even Louisiana, can be no small feat.

NPR kept hammering this term "abortion seekers." Anchor Rachel Martin's first sentence was "The new anti-abortion law in Texas has generated an unprecedented level of fear and anxiety for both providers and abortion-seekers in the state." Goodwyn concluded "some abortion-seekers cannot travel out of state".