NEW NewsBusters Podcast: How Much Has the Media Changed? with Rich Noyes 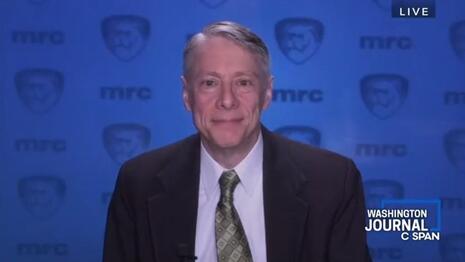 It's an "exit interview" of sorts on today's NewsBusters Podcast: Our research director Rich Noyes is retiring, so we talked about everything that's happened in the media and their coverage of politics from the Reagan years to today.

Rich joined MRC in October of 1999, and has been putting the "Research" into our middle name ever since. From his college days at George Washington University until then he worked for Dr. Robert Lichter at the Center for Media and Public Affairs. We discuss his 1986 book The Media Elite: America's New Powerbrokers (with Stanley Rothman and Linda Lichter) as an early example of how media analysis was developing.

We kept finding the media getting more and more enthusiastic about the politicians they loved. The media seemed unanimously adoring of Bill Clinton and his baby-boomer promise in 1992. Then half-way through his presidency, Fox News Channel began, and the contrast between Fox and the liberal networks became noticeable to everyone. Suddenly, stories the liberals wanted to ignore couldn't be ignored.

The media quickly fell in love with Barack Obama in the 2008 campaign, the superlatives were never enough. Then when his time was up, they were flabbergasted by the rise of Donald Trump. By this point, no one who is reading political news thinks our "mainstream media" attempts to be objective, fair, or balanced. Opinions now are offered in what Rich calls "flamboyantly aggressive" fashion.

Rich's departure means we have promoted our other veteran media analysts at NewsBusters. As of Monday, the editor lineup will look different this way:

Rich and I are both confident these promotions will keep NewsBusters humming for years to come. Enjoy our walk through the decades below, or wherever you listen to podcasts.