On Saturday morning NPR’s Weekend Edition aired a somber story about how the Catholic Cathedral of the Blessed Sacrament in Sacramento is celebrating Mass in a concrete alley, with the priest celebrating from a fire escape.

But there was something missing -- anyone who objected to these restrictions. Instead, reporter Pauline Bartolone made an argument for extending the new outdoor-worship regime: 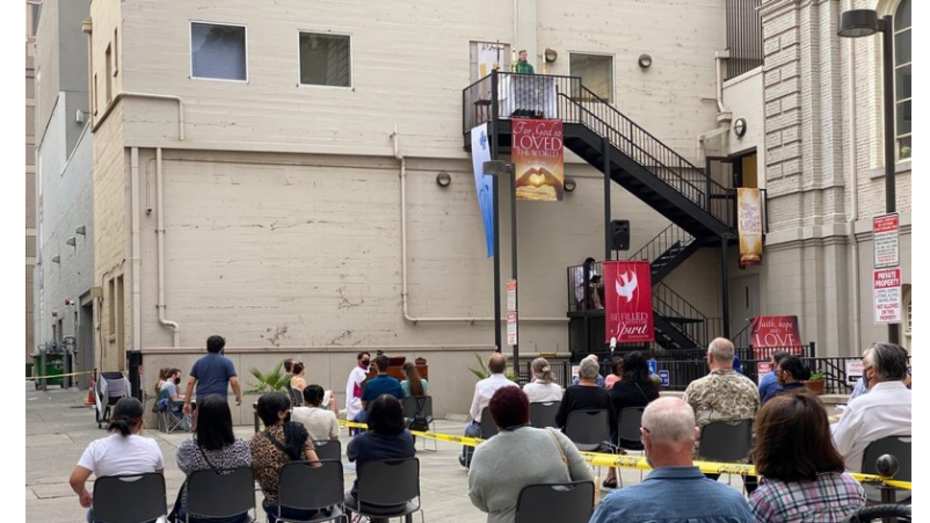 PAULINE BARTOLONE: Susan Abraham is dean of the Pacific School of Religion in the Bay Area. She's Catholic herself and says the pandemic is a good time to rethink all sorts of spiritual practices.

SUSAN ABRAHAM: I'm not a fan of fetishizing any particular holy shrine or space as the only kind of - or the purest kind of holiness. I'm willing to say, as a Catholic with an expansive and capacious imagination, that there is more to holiness than what human beings may want to grasp at.

BARTOLONE: During the Mass behind Sacramento's cathedral, some parishioners kneeled on the cement as they worshipped. Maria Balakshin said, in some ways, it's even more spiritual to attend Mass outdoors.

MARIA BALAKSHIN: To me personally, it is more intimate. I feel like the people who are here are really true Christians that want to practice their faith.

There was something else missing from the NPR story.

Why are churches less important than businesses? It’s not like you’re more likely to be infected inside during a religious service than shopping for shoes. No one at NPR was asking.

NPR also ignored a large evangelical Christian protest of the religion restrictions last Sunday at the state capital building in Sacramento. Christian activist Sean Feucht keeps demonstrating how the media has a double standard favoring the left on the coronavirus.