Republicans are pulling out their hair again as PolitiFact uncorked another one of those strange rulings on Monday where they say the facts are "accurate" but it's still "Mostly False." Because they are not "fact checkers" as much as "context checkers," and they don't like Democrats being taken out of context. The Republican in this case is John James of Michigan, running against incumbent Democrat Sen. Gary Peters. Louis Jacobson summarized: 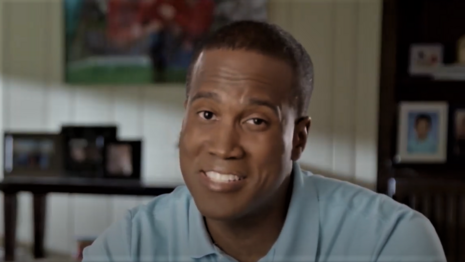 James said that Peters is "known for doing nothing. … (Peters) skipped 84% of small business hearings (and) skipped 89% of hearings on China."

The percentages are accurate, but they are cherry-picked because they ignore multiple other measurements that indicate a high level of engagement by Peters in Washington, including recent influential committee assignments, a perfect record on floor votes, and high scores on effectiveness from independent academic analyses.

We rate the statement Mostly False.

This analysis demeaning the Republican as a fact-mangler who was still accurate was also published locally by the Detroit Free Press. 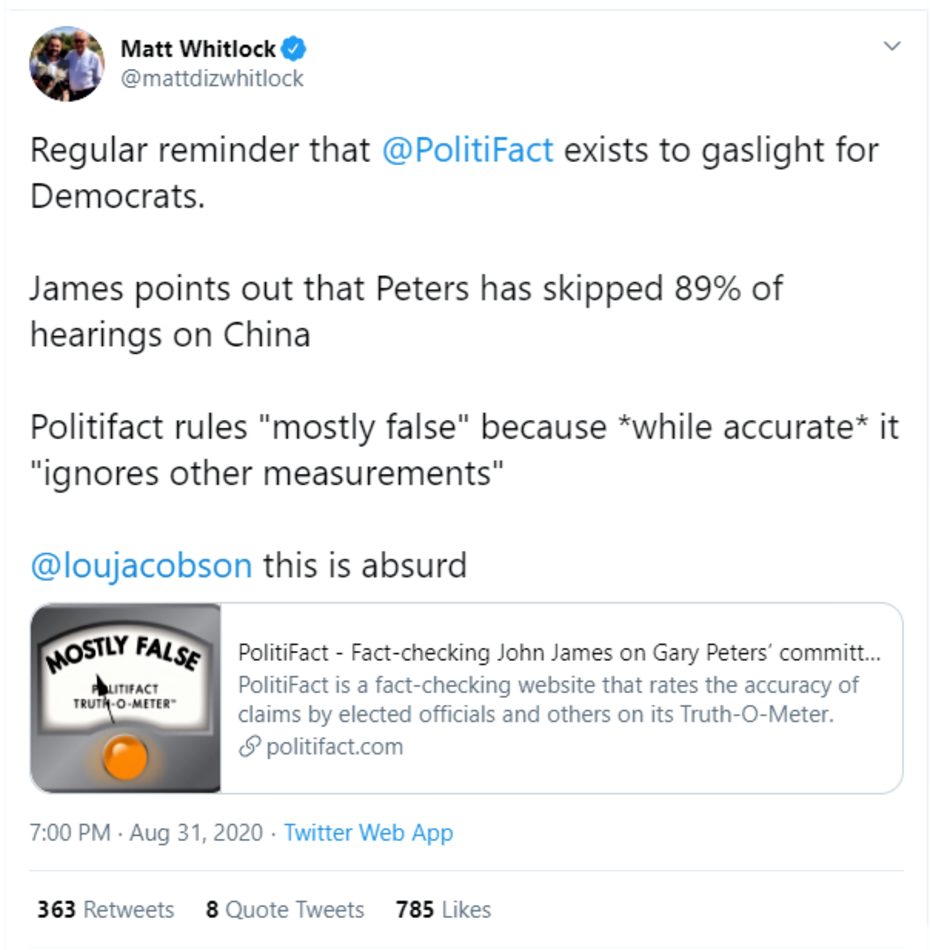 For the exact opposite of this genre, see black Congresswoman Gwen Moore of Milwaukee, who in 2017 was given a "Mostly True," but not "literally speaking." Moore claimed a man was shot 14 times by police for "resting on a park bench," when PolitiFact explained that in reality, he was shot after  beating the policeman with his own club.

On Tuesday, PolitiFact rated Moore as "Half True" for her smear of 17-year-old Kyle Rittenhouse. She said Kenosha police officers "let an armed white supremacist walk right past them after shooting people." They said there was no proof Rittenhouse was a racist.

PS: Matt Whitlock also slammed PolitiFact for coming to the defense of Joe Biden when he said he would raise your taxes. Well, that's "out of context" because the tax hike will be small if you're not very rich. (Donald Trump Jr. picked this one up.)

Another incredible @PolitiFact gaslight— they rated an ad “mostly false” for saying Biden told people he was going to raise their taxes.

But the ad used the uncut video.. of Biden telling a man “your taxes are going to be raised.”