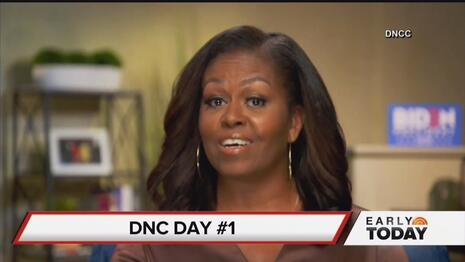 Calvin Woodward and Hope Yen began: “Michelle Obama assailed President Donald Trump on Monday for ripping migrant children from their parents and throwing them into cages, picking up on a frequent and distorted point made widely by Democrats.”

MICHELLE OBAMA, on Americans: “They watch in horror as children are torn from their families and thrown into cages.”

THE FACTS: The reference to cages is misleading and a matter that Democrats have persistently distorted.

Trump used facilities that were built during the Obama-Biden administration to house children at the border. They are chain-link enclosures inside border facilities where migrants were temporarily housed, separated by sex and age.

At the height of the controversy over Trump’s zero-tolerance policy at the border, photos that circulated online of children in the enclosures generated great anger. But those photos — by The Associated Press — were taken in 2014 and depicted some of the thousands of unaccompanied children held by President Barack Obama.

When that fact came to light, some Democrats and activists who had tweeted the photos deleted their tweets. But prominent Democrats have continued to cite cages for children as a distinctive cruelty of Trump.

You have to guess they picked this up because of the misleading use of AP photos.

They finished by attempting to grant a point that "the First Lady was correct" on Trump separating children from the parents as part of a "zero tolerance" policy, noting Obama-era policies only separated children from parents if the parent had a serious criminal history or seemed to pose a threat to the child's safety.

PolitiFact could only find "True" stuff in Mrs. Obama's speech, lauding that "Michelle Obama was right that 2 votes per precinct enabled Trump win in Michigan in 2016." Louis Jacobson proclaimed "Her math is accurate." 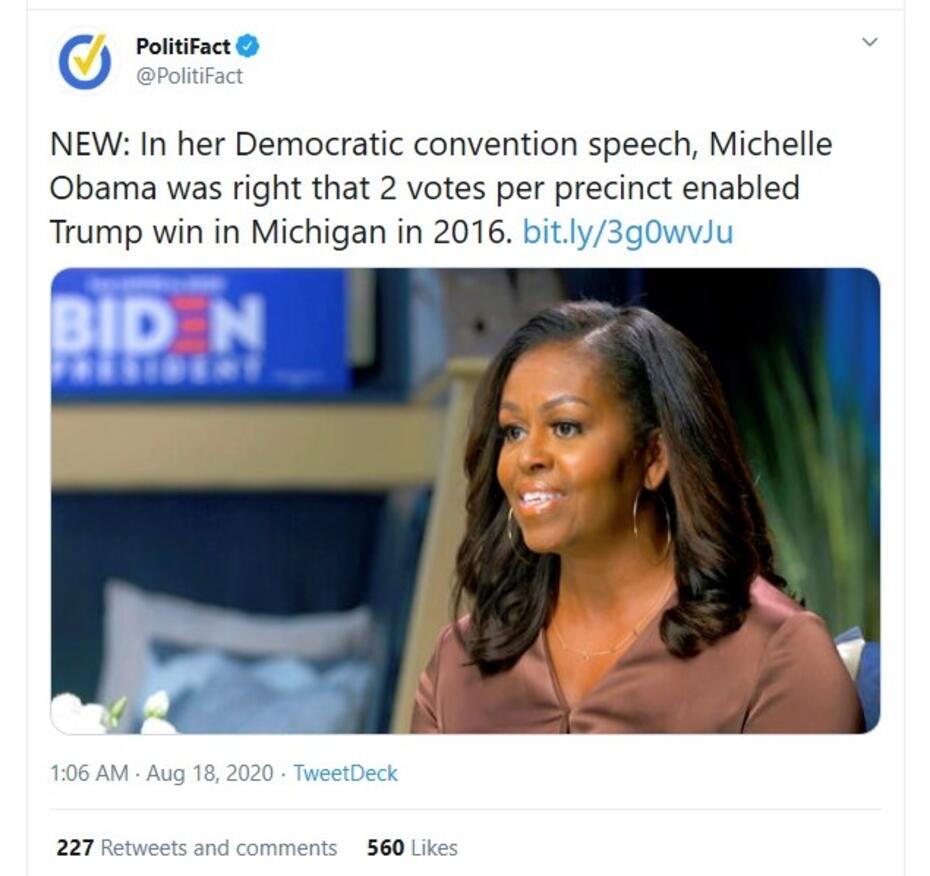 PolitiFact has only 11 fact checks on Michelle Obama for the last twelve years, and eight of them are Mostly True or better.