The Washington Post Hate-Pukes on America -- In The Weirdest Places! 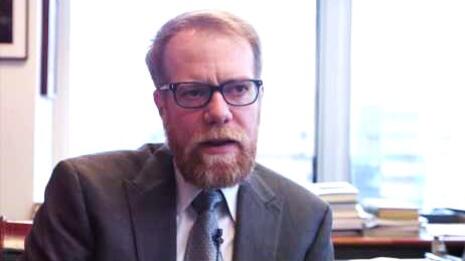 The Washington Post is so relentlessly liberal you can’t even read an architecture review without being lectured that America and its founding stinks.

The critic is Philip Kennicott, who also recently wrote a rant on how “Mount Rushmore is colossal kitsch, perfect for a populist spectacle.” He meant Trump's July 3 speech in front of the so-called "giant myths." This memorial “effectively dramatizes the idea that national myths are not to be looked at too closely."

If you want to understand the abject failure of America, look to its libraries.

All across the country, it is libraries that have become a haven for the homeless when it is too hot or too cold to live outdoors. They offer free Internet service for families who can’t afford the vital connection, and they’re an essential educational resource for parents who can’t pay for preschool. In some cities, libraries have evolved into social service hubs, for the mentally ill, the jobless and the victims of domestic abuse.

Libraries do all of these things because our society has failed to meet the basic needs of its people.

Then Kennicott reviews the new library design. It sounds like they get an A. Because it's automatically assumed that Democrat rulers in D.C. make good choices. When the Post discusses how terrible it is for the poor and homeless in our cities, they never mention which party those big-city mayors belong to...

Meanwhile, America is getting an F!

In the past four months, I have lost much of the dwindling love I had for both modernism and the great Anglo-American fantasy of functioning democracy. We are governed by crooks and charlatans, whose rise seems not an aberration of the lingering legacy of the 18th and 19th centuries, but a direct result of Enlightenment fantasies of communication and circulation fused to capitalist greed and intellectual cynicism.

Libraries sprung up in America more than a century ago, purposed by the winners of the capitalist rat race to fit us ordinary mortals to better service of the nation-state, though they evolved into some of the most welcoming institutions of contemporary civic life. And now democratically governed nation-states like the United States are failing in the most basic ways. We cannot keep our people safe, and we have failed to educate them sufficiently to recognize their peril.

Even as this failure was creeping up on us over the past 40 years — as we abandoned the poor and the homeless, as we dissolved the last duties of corporate America to the well-being of the people from whom it derives its existence, its labor and its profits — libraries were stepping into the yawning social void. Now the failure rushes to its dismal conclusion, and still they serve.

That's some interesting medicine that's going up Kennicott's nose. When did we "abandon the poor"? When we waged "war on poverty" for 50 years? And why does the art/architecture critic have free rein to go off the deep end about "the great Anglo-American fantasy of functioning democracy"?

If we decried "the great fantasy of functioning journalism," we'd be painted as Haters of Democracy.