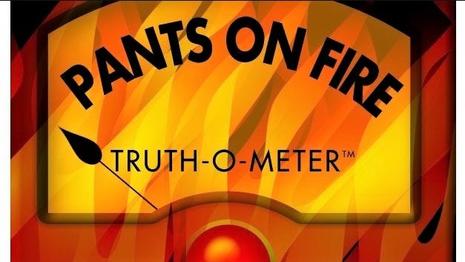 Public opinion polls show a dramatic difference of opinion on the reliability of so-called "fact checking" groups. A 2019 Pew Research Center poll found 70 percent of Republicans believe these groups favor one side, while only 29 percent of Democrats agreed.

The Republicans aren't wrong. A review of fact-checking patterns shows a dramatic difference in "fact-checking" aggression.

Take PolitiFact. In 2017 and 2018, the Media Research Center found PolitiFact's dominant target was President Trump, with 297 evaluations -- and of those, 209 (69 percent) were rated on their "Truth-O-Meter" as "Mostly False" or "False" or "Pants on Fire."

Since then, the tilt has only gotten more negative! 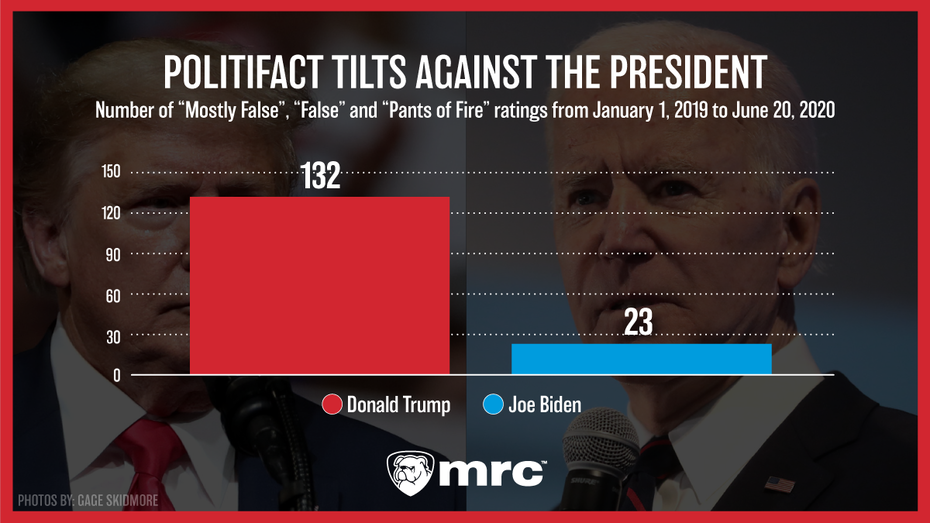 An even more obvious measure of tilt comes in the number of "Pants On Fire" ratings each candidate has received: Trump has 37, and Biden has one -- when he lied about getting arrested in South Africa in 1977 while trying to see Nelson Mandela.

Some "Pants on Fire" ratings are obvious -- such as Trump suggesting windmills cause cancer.

Others seem much more political, like saying it's a LIE for Trump to call the attempt at impeachment and removal a "coup," since technically, he'd be succeeded by the Vice President. When Trump aides noted that many Democrats used the word "coup" to describe the impeachment of President Clinton in 1998, PolitiFact lamely shot back: "Experts largely acknowledged that the word has more informal uses, and they retroactively admonished Democrats for using such language during Clinton’s impeachment."

PolitiFact was founded in 2007, so it wasn't there to tilt the "fact" field. But Trump was tagged twice as "Pants on Fire" for using the C-word.

Pew suggested partisan biases of voters inhibit the effects of fact-checking: “People’s beliefs are often powerful enough that fact checks aren’t effective in correcting them.” They don't mean the partisan biases displayed by the fact-checkers. One should suspect they want a political outcome. As one fan asked them. "How do you measure 'success' of fact checking when purveyors of misinformation continue to win elections?"

In the fall campaign of 2016, we found conservatives and Republicans were singled out as "Pants on Fire" 28 times, while liberals and Democrats drew only four. Of those, there were 14 "Pants on Fire" ratings for Trump, and only one for Hillary Clinton. In 2017, PolitiFact claimed they couldn't find a single error in Hillary's sad book What Happened? Not a single error! PolitiFact's Jon Greenberg was delighted that Hillary quoted former New York Times executive editor Jill Abramson called her "fundamentally honest" by citing their "Truth-O-Meter" ratings.

To take action and let PolitiFact know they should be trying much harder to live up to their own declarations they're "nonpartisan" in their daily work, tweet them at www.twitter.com/politifact or go their Facebook page at www.facebook.com/politifact.