Florida-based Politico reporter Marc Caputo was attacked for writing "snarky nonsense" when he suggested the national media have been much rougher on Florida Gov. Ron DeSantis than New York Gov. Andrew Cuomo -- you know, the media darling whose press conferences are broadcast nationwide and who gets puffball interviews from his brother on CNN.

A month ago, Politico was one of those harsh critics. On Thursday night, Caputo and his colleague Renuka Rayasam summarized Florida was not a "post-apocalyptic hellscape": 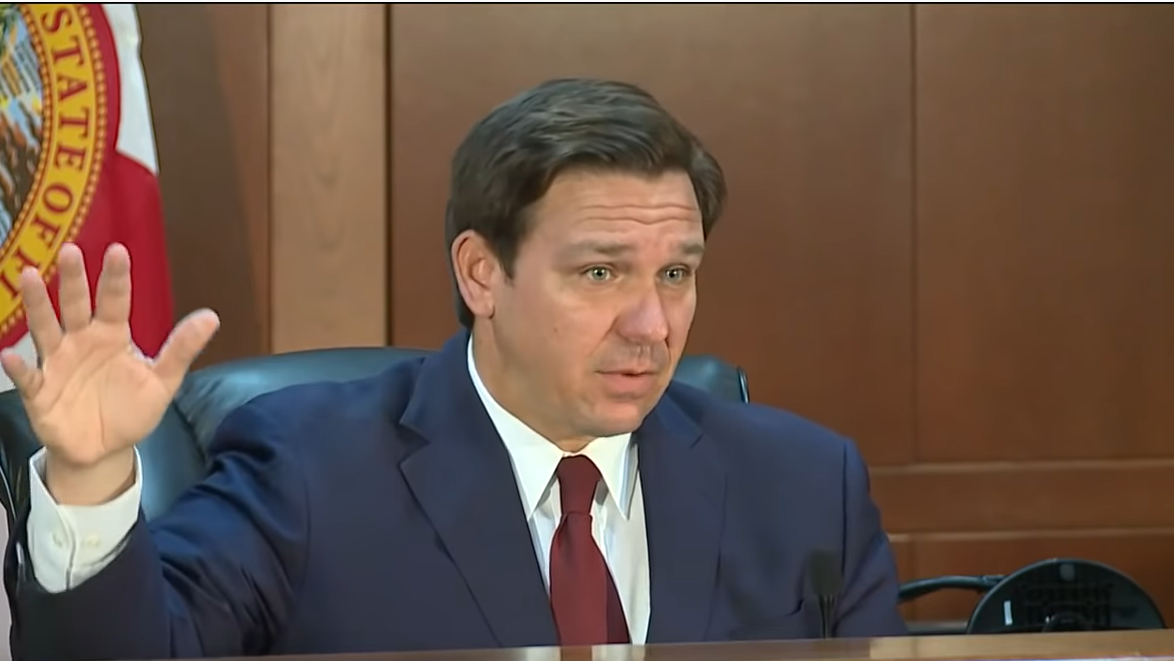 First, let’s just come out and say it: DeSantis looks more right than those who criticized the Sunshine State’s coronavirus response. According to the latest Florida figures, fewer than 2,000 have died, and around 43,000 have been infected. That’s a fraction of the dire predictions made for Florida when spring breakers swarmed the beaches, and those numbers are dwarfed by similarly sized New York, which has seen 12 times more deaths and nearly eight times more infections. (Check out POLITICO’s coronavirus tracker for more.) More people reportedly died in New York nursing homes than in all of Florida.

The polling disparity: DeSantis is actually polling worse than Cuomo in their respective states, and the Florida press is wondering why. Part of that is style. Cuomo has a smooth delivery, a deep and calming voice and an attitude that projects he can answer any question. DeSantis sometimes comes across as peevish and defensive, has made a misstatement or two and was mocked for struggling to put on a mask. But most of the difference between DeSantis and Cuomo is due to politics. DeSantis governs a politically divided state. Cuomo is a scion of Democratic royalty in a deeply Democratic state.

Yes, there’s media bias, too. Cuomo also has something else DeSantis doesn’t: a press that defers to him, one that preferred to cover “Florida Morons” at the beach (where it’s relatively hard to get infected) over New Yorkers riding cramped subway cars (where it’s easy to get infected). In fact, people can still ride the subways for most hours of the day in New York, but Miami Beach’s sands remain closed. Maybe things would be different if DeSantis had a brother who worked in cable news and interviewed him for a “sweet moment” in primetime.

Jackie Cucinich, daughter of socialist politician Dennis Kucinich and the Washington bureau chief of the Daily Beast -- one of the snarkiest "news" sites you can find -- was the one scolding Caputo: 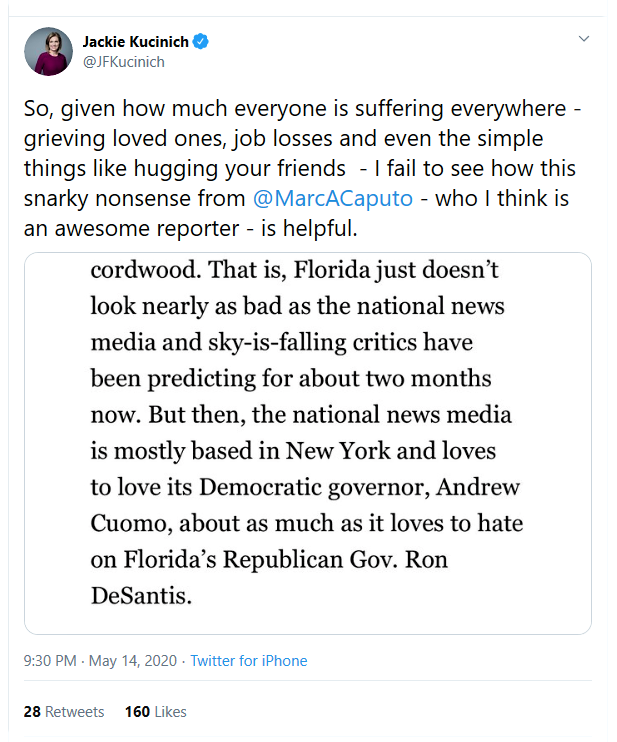