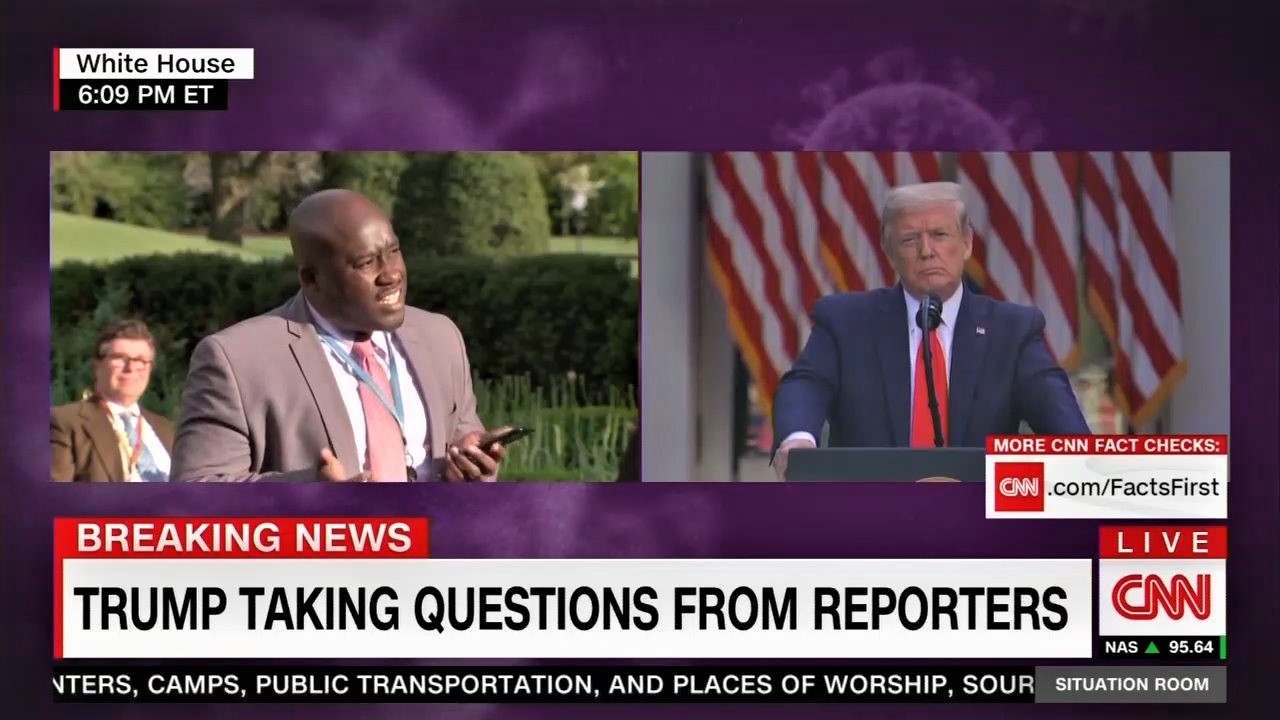 Throughout the Trump era, the media have hated the president, both coming and going. They condemned him for not having “formal” press briefings. Now they condemn him for having them.

The Washington Post and The New York Times augmented their aggression on the briefings by doing content analysis of the transcripts. Research by reporters Philip Bump and Ashley Parker of the Post was published Monday under the headline “Trump briefings full of attacks, boasts but little empathy: Analysis shows how much politics dominates daily news conferences.”

They analyzed the transcripts of 35 press briefings since March 16. They complained there was too much presidential podium time: 13 hours of Trump, for 60 percent of the minutes, more than the vice president or the scientists. Within that, they counted two hours spent on attacks and 45 minutes of Trump praising himself and his administration, but just 4½ minutes of Trump expressing condolences for coronavirus victims.

This would sound bizarre for any other president. Is it odd that the president speaks 60 percent of the time at his press conferences – especially since reporters want to press him the hardest? Would it be unusual that the president defended himself, or odd that a president would criticize the Other Party?

No one could claim Barack Obama didn’t boast about himself and his team. Critics used to do a count of how many times he said the word “I” in his speeches. No one would be shocked Obama used press conferences to attack Republicans or Fox News.

What’s strange about this project is it doesn’t acknowledge how the press drives the briefings. The Post expressing alarm about those “Trump briefings full of attacks” doesn’t acknowledge that a large chunk of those attacks are returning fire from the press! In their story, Bump and Parker presented Post White House reporter Philip Rucker – well, they failed to use his name – merely as an attack victim, not as an attacker.

When the Post says “politics dominates” these events, they don’t admit that politics dominates the questions from “objective” reporters. They complain that these briefings are substitutes for Trump’s stadium rallies – as if he gets accused of killing thousands of coronavirus victims at his rallies. Their aggression is intensified by their partisan desire to deny Trump the advantage of this TV time.

The New York Times released a report online on Sunday that reviewed more than 260,000 words spoken by Trump during the pandemic since March 9. They also found that self-congratulations were common (counting around 600 examples), while Trump displayed empathy or appealed to national unity 160 times, or only about a quarter of the amount that he praised himself or a member of his team. That doesn’t match the Post’s empathy count at all, but they’re making the same negative point.

The Times brought in a professor named Jennifer Mercieca to complain Trump’s not speaking “the language of transcendence, what we have in common,” just touting the “good news” that his presidency is great. “It’s not the right time or place to do that.” (She has a new Trump book coming out, titled Demagogue for President.)

This is just pitch-perfect. These newspapers really believe the president should never speak positively about his presidency. It’s not the right occasion. Can anyone imagine these papers and their chosen experts telling Jimmy Carter he couldn’t defend himself on the hostage crisis with Iran during the 1980 campaign? They hate Trump so much, they just want him to stop defending himself and lose miserably in November. Fighting back is impolite.