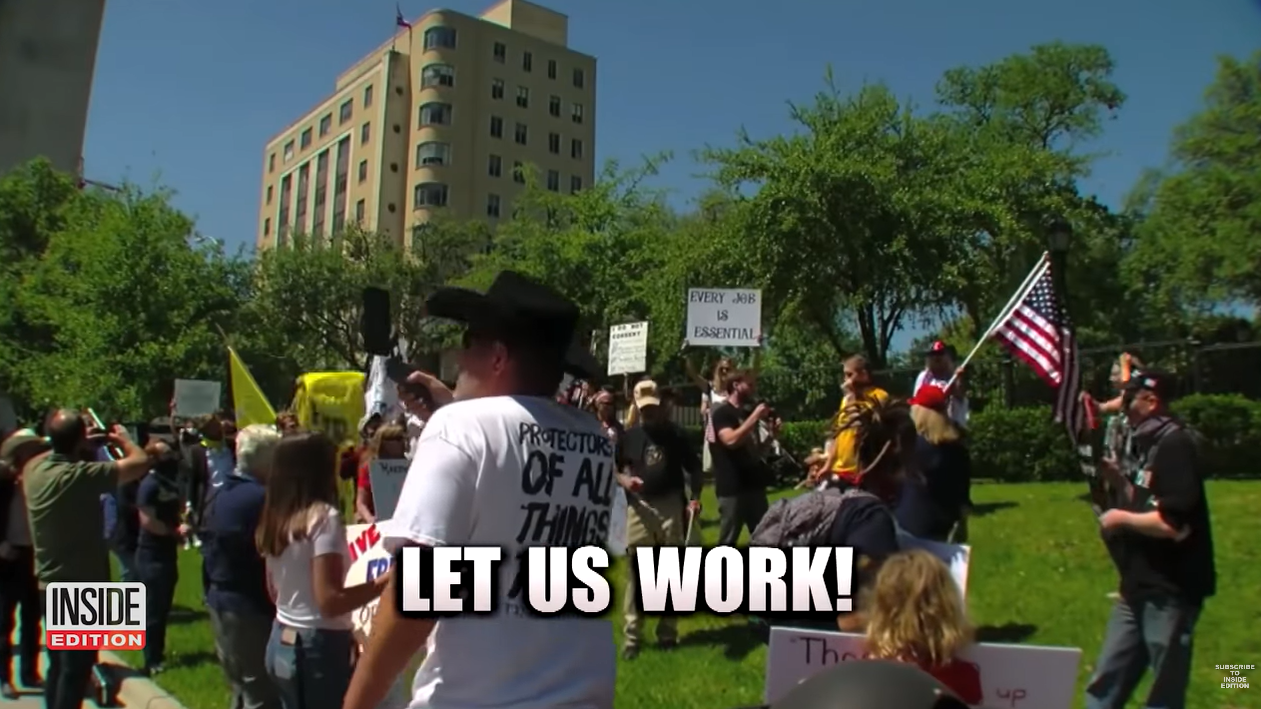 When leftist protesters are a tiny minority -- take, for example, opposing war in Afghanistan right after 9/11 -- you wouldn't find the national media underlining they were a tiny minority, an outlier. They pretended without shame that "Occupy Wall Street" wasn't a fringy socialist movement, but a representative of "the 99 percent."

A friend of ours sent this observation from Politico's Matt Friedman after he touted the high approval ratings of liberal Gov. Phil Murphy. Friedman thinks coronavirus protesters need to be put "in context" -- as a tiny minority that shouldn't get the usual promotion that Politico gives to left-wing protesters:

It's important for those of us in the media to take note, as we inevitably see more people taking to Trenton to protest the state's anti-coronavirus measures, that the public at this point is overwhelmingly in favor of these measures. Sixty four percent of New Jerseyans say the measures taken so far have been appropriate, while just 11 percent say they go too far. Doesn't sound strong enough? Well, 23 percent say they don't go far enough. I'm not saying we shouldn't give the protests any attention. But we need to put them in context: This is not a popular groundswell but, at least as of this moment, a vocal small minority.

In another piece, Friedman let the Monmouth University pollster Patrick Murray lay it on thick, that the protesters were against public health:

“The nation has seen sporadic protests against these restrictions, including one in Trenton on Friday. The poll shows, though, that these protesters represent an incredibly small sliver of all state residents,” Murray said. “The vast majority are united in their support for social distancing measures to protect the health of their fellow New Jerseyans.”

Earlier we found Jeremy Peters at The New York Times busting the protesters as a tidal wave of whiteness:

The people at these protests have been overwhelmingly white. And while the coronavirus can strike people of any race, nationality, religion or political persuasion, data shows it is infecting and killing black people in the United States at disproportionately high rates.

In another story, the Times highlighted the fringe angle:

The protests at state capitals in recent days had the feel of early Tea Party rallies in 2009, with far-right conservatives taking a lead role....the images of nearly all-white protesters demanding the governor relax restrictions while hoisting Trump signs and Confederate battle flags, as the virus disproportionately impacts Michigan’s black residents, will only further cleave the state.

These protesters are somehow unpopular, unpatriotic, and deeply misinforming the American people. Dissent shouldn't flow, it should be stopped! ABC morning host George Stephanopoulos urged Facebook to take down posts promoting lockdown protest events. It seems very obvious that protesters should only speak if they're on the Left. They are obviously only celebrated by the press when they're on the Left.