'Every American Should Be Outraged' Says Pandemic Expert About Government Response 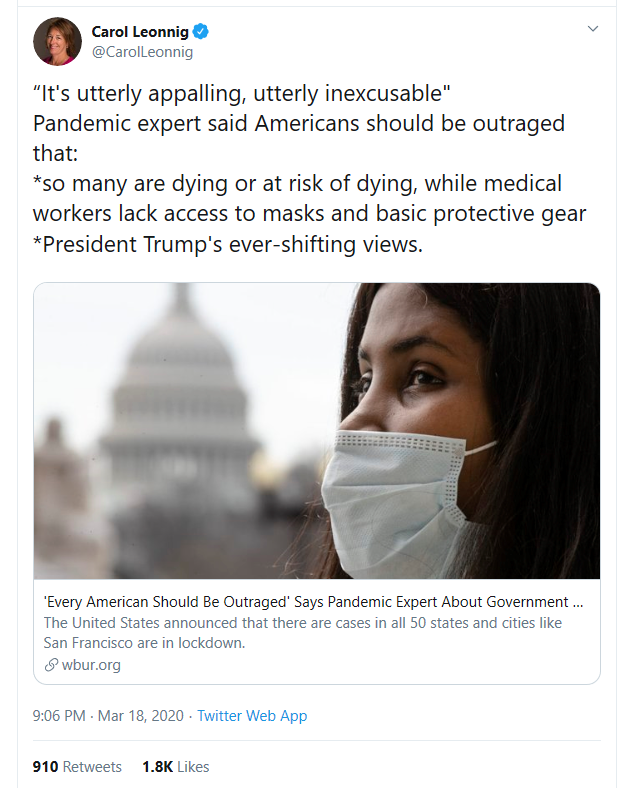 Sounds nonpartisan, perhaps? No. Garrett was so outraged that she was fulminating to host Robin Young about we might all end up dead:

GARRETT: My goodness, if people still don’t understand they need to have social distancing, then I don’t think we have any hope at all, I think we’re all gonna drop dead. I mean this is ridiculous. What we need to be talking about is not what burden is on the individual, but what burden is on our government, and what we expect from our government, and aren’t getting…

It's utterly appalling, utterly inexcusable that we're this far into this epidemic with this many people at risk of dying or actually dying with so many health care workers not even having access to masks and basic protective gear. We’re this far into it, and our government is still trying to decide what its strategy is, and every American should be absolutely outraged.

Garrett surely pleased NPR's left-wing base by saying the Trump approach is a mess, that the federal government is "not doing almost anything they should be doing."

GARRETT: All should be coming with wise science-based leadership from the top. And we don't have that on any single factor. Every day that we think it looks like suddenly something has emerged of a positive sunray of light out of the federal government, it gets reversed hours later. The president himself seems to change his entire attitude about this epidemic with every single press conference he does.

NPR wasn’t going to explain exactly where Ms. Garrett lies on the political spectrum, if anyone needed to guess. A quick look at Garrett’s Twitter account shows she’s retweeting Biden tweets, such as:

A search at Open Secrets finds donations from a Laurie Garrett with the Council on Foreign Relations (where she has worked). We see: 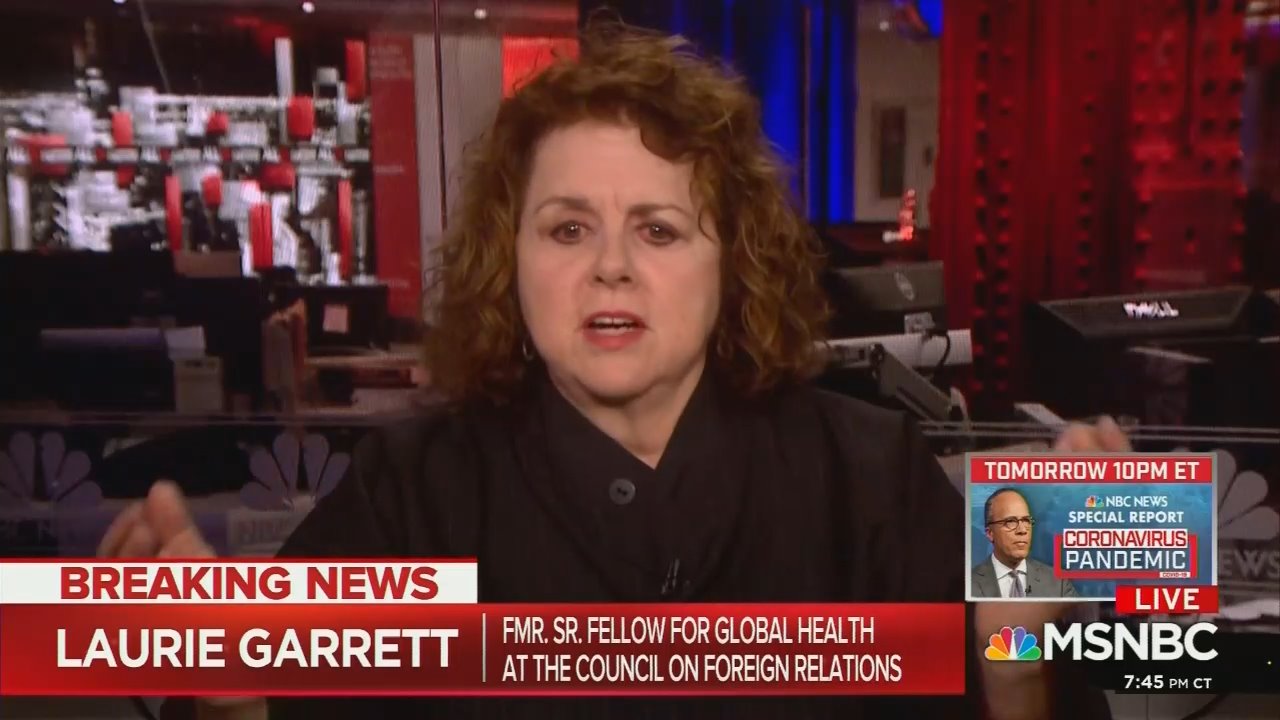 And unsurprisingly for a Hillary-backing medical expert, there are a series of donations to the political action committee EMILY's List, which only supports Democratic women who strongly back abortion on demand. She has donations adding up to $2,500 from 2013 through 2020 -- the last one being $500 in January.