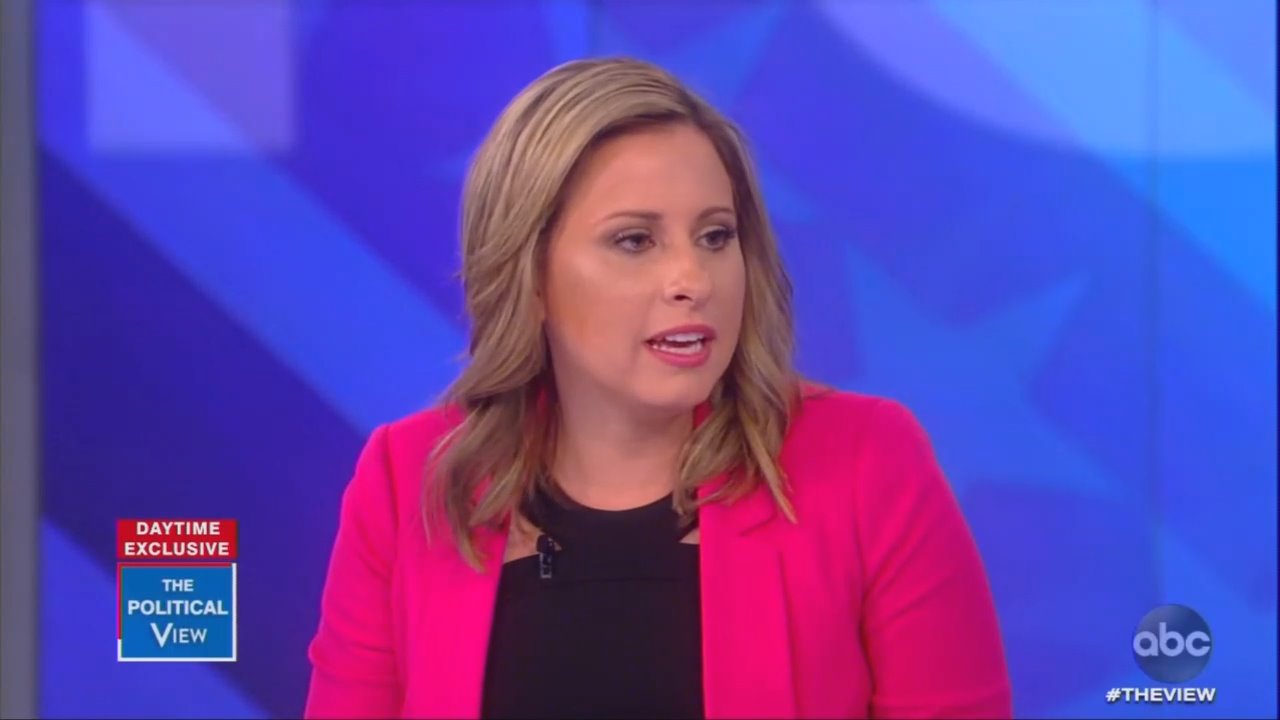 A bisexual woman having sexual liaisons with an employee tends to draw out the "LGBTQ ally" sympathy in a way that a heterosexual male congressman might not receive -- especially if the party affiliation was different.

"In the 122 days since she left office, Hill has been one of the media's favorite interview subjects, appearing on television or in print at least 19 times, or on average, once every 6.4 days," Griswold wrote. Among them:

December 6—Interview with MSNBC's All In with Chris Hayes.

December 7—Hill op-ed for the New York Times, "It’s Not Over After All"

December 10—Interview with Daily Beast, "Katie Hill Wanted Out of Her Marriage. It Ruined Her Life."

February 5—Interview with MSNBC's All In with Chris Hayes

February 11—Interview with HuffPost editor in chief Lydia Polgreen at the 2020 MAKERS Conference.

February 21—Interview with ABC's The View.

March 2—Interview with Yahoo Finance and New York magazine profile, "After the Scandal"

On CNN's Reliable Sources, host Brian Stelter's segment even oozed sympathy on screen, with the words "Katie Hill's Experience with Right-Wing Media Smears." Stelter declared that Hill admitted a "breach of responsibility" in having sex with an employee, but "you say that you're the victim essentially of this smear campaign. Am I getting it right? Is that correct?” She was victimized by Tucker Carlson and Sean Hannity.

On Good Morning America, George Stephanopoulos same deflecting spin he used to offer for Bill Clinton: "Boy, it's amazing what she’s been through in the last few years. That rise and fall in Congress. In January her brother, 20-year-old brother died. Her mom had brain surgery. Now she's fighting back, but one thing you have to say for her, she is an incredibly resilient woman."

The novelty of her numerous appearances and profiles has yet to lose its luster. ABC News declared Hill was "breaking her silence" in a February interview, the 14th time she has broken her silence to a media outlet, according to a Washington Free Beacon analysis.