Oprah Winfrey Gushes Over Trevor Noah As Objective...and 'Cute As a Golden Pup' 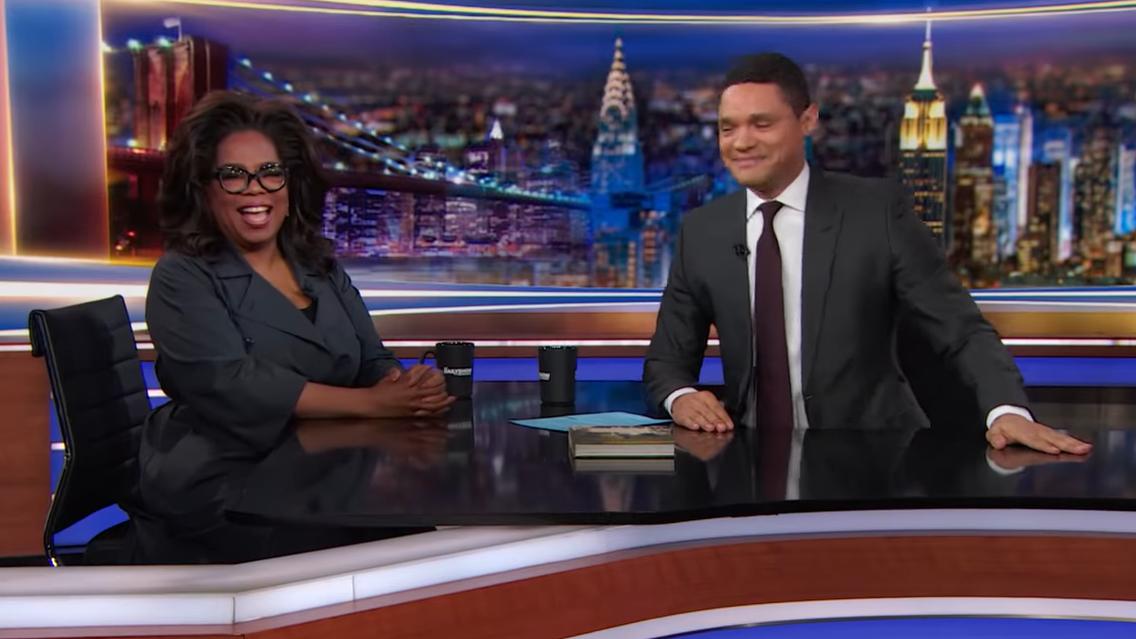 The Washington Post presented a sticky pot of treacle from Jessica Goldstein in Sunday's Arts & Style section on Trevor Noah, host of The Daily Show on Comedy Central. The headline was "The Calm In The Storm."

That doesn't sound funny at all. But late-night comedy hosts sound more like philosophers now. Noah explained "We're using comedy to help process everything that is happening in the world."

But the star expert in this sugar puff was none other than Oprah Winfrey, who came in on page E-10, but she made up for the late start. Oprah claimed Noah somehow offered "objectivity" to our politics!

You know who else thinks Trevor Noah is unique? Oprah Winfrey. Asked what makes Noah so well equipped for this role, she says: “I think part of it is being an outsider. Not actually being from this country, and everything that shaped who he is … allows him to see things with a greater, open mind. He has an ability to not be so subjective, but to have some objectivity to it all.”

This would be less preposterous if the Post didn't tout the example of Noah bringing his African perspective to mocking Trump in 2015 as a murderous despot like Idi Amin of Uganda. That's objective? Open-minded?

Oprah also insisted the Post include her opinion that Noah is as cute as a puppy!

Does that sound....dehumanizing? A few paragraphs later, Oprah returned to praising Noah the Philosopher:

“His best quality, as I see it, is his discernment,” Oprah says. “He doesn’t just see things. He sees the surface, beneath the surface, around the surface, and the wholeness of things. And that is an incredible quality to have: in life, in people, with relationships, in business, [and] it allows him, in my opinion, to create insight through humor.”

“That word discernment is big. It’s big,” she continues. “It’s what most people lack, is the ability to see beneath the surface of things. And he’s able to do that, to connect a country that is basically enraged and outraged by everything, by using humor to find the common thread for us all.”

This whole article is infected with the liberal assumption that everyone is enraged under Trump, we're all too angry for laughter. Everyone is apparently a liberal. When Trump won, "audiences lost their taste" for nonpartisan humor.

This obviously isn't the first time Oprah's endorsed a biracial "uniter" -- and Noah couldn't help but bow and scrape before the Almighty Obama. "My brain froze," he confessed.