Pelosi Gets Standing O at HBO, Tells Fanboy Bill Maher She Throws a Punch 'For the Children' 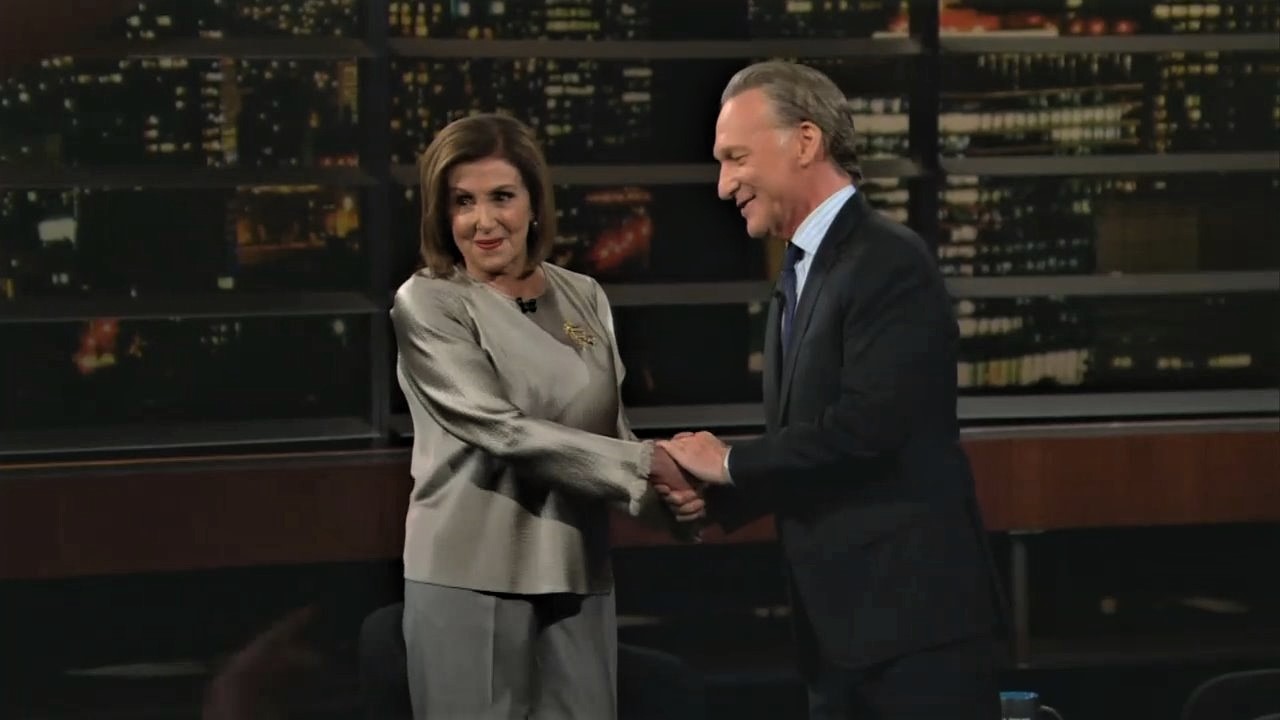 House Speaker Nancy Pelosi made an appearance on the new season of HBO's Real Time with Bill Maher on Friday night, and was greeted by a raucous 35-second standing ovation for impeaching Donald Trump.

The reaction is natural coming from fans of Maher, who donated a million dollars to Obama's re-election in 2012. It's a little less natural if you buy all that stuff about the "devout Catholic" Pelosi, constantly beseeching God to take care of America and Donald Trump, being honored by one of Hollywood's nastiest atheists.

The studio was giddy -- not "somber" and "mournful" over impeachment. When Maher joked he was glad she held the articles of impeachment until he was back "on the air" at HBO, they shared a fist bump.

Maher touted the Speaker as a socialist Margaret Thatcher -- "our Iron Lady" of the Left -- and worried Pelosi wasn't appreciated enough by the extreme-left purity police of the Democrats:

MAHER: Don't you think it says something about the Democratic party and their inability to do win key elections lately that a lot of your accomplishments, instead of standing shoulder to shoulder with you and saying this is the person who saved the country, helped Obama, from going into a depression by passing the stimulus, saved the automobile industry, got Dodd-Frank passed, and got health care, got Obamacare passed, you're kind of our Iron Lady here on the left. [Pelosi giggles, applause] I feel like the Democratic Party very often is the victim of their own purity tests.

PELOSI: What I am concerned about -- for the children -- is the future of this country and we have to have our common ground, a mainstream message. Now in the [most] recent election, we won, we showed in the House we know how to win -- disciplined, focused, cold-blooded in terms of just winning, and --

MAHER: It's good to have your cold-blooded self on our side. Nancy Pelosi, everybody!

On impeachment, Maher noted Pelosi was initially "rather reluctant" to move forward with impeachment and waited until "it was inevitable," Pelosi quipped "He gave us no choice. The president was self-impeaching almost every single day." When Maher suggested she's been very critical of Senate majority leader Mitch McConnell -- "You've tiptoed right up to the line of basically calling him un-American -- she added "Moscow Mitch!"