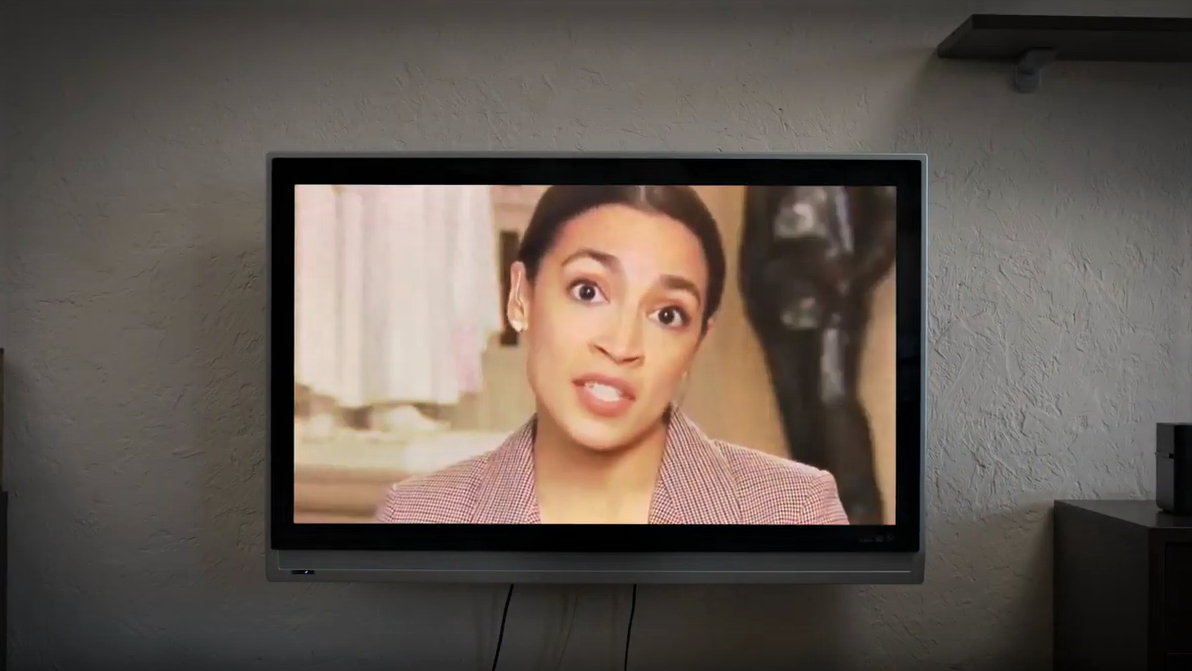 The conservative American Action Network begins with a clip of AOC saying on CNN "This is about preventing a potentially disastrous outcome from occurring next year." Then a female announcer adds: "Now, it’s crystal clear their partisan impeachment is a politically motivated charade.”

Kelly warned: "It turns out this is a classic example of what the Fact Checker’s guide to manipulated video calls isolation — sharing a brief clip from a longer video to create a false narrative that does not reflect the event as it occurred." [Italics hers.]

From the context of the interview, it’s clear she is not referring to Trump’s reelection, as the ad suggests. Instead, it seems she is arguing that the inquiry needs to move quickly to prevent foreign interference in the upcoming 2020 election.

Any ambiguity left by the interview is irrelevant.

That last sentence underlines our usual point: liberal-media "fact checking" tends to stink at ambiguity. It tends to see conservative claims as easily ruled false, and rules out all conservative interpretations as "irrelevant."

As Kelly noted, Ocasio-Cortez supports passing articles of impeachment out for "profiting off the presidency," but she ends up talking very clearly to Wolf Blitzer about uniting Democrats around articles their whole caucus can support:

AOC: I personally do believe that the president has engaged in flagrant violations of the emoluments clause. I'm concerned that we would allow this corruption to continue. But at the end of the day, we have to be able to come together as a caucus. And if it is this Ukrainian allegation that is what brings the caucus together, then I think we have to run with however we unify the House.

In other words, this is, as the ad states, a "politically motivated...partisan impeachment." Democrats want it. Republicans think it's a charade. But to Meg Kelly and the Post, this is a "Four Pinocchios" lie.

AOC: : And so while I believe personally that we should be pursuing and investigating quite flagrant abuses of the emoluments clause, even reporting as recently as the suspicious stops at Trump properties even in congressional delegations or rather in foreign trips, I think that all of this is game for investigation. But we also need to move quite quickly because we're talking about the potential compromise of the 2020 elections.

And so this is not just about something that has occurred, this is about preventing a potentially disastrous outcome from occurring next year.

What the "fact check" misses here is that if a Democrat wins, we all know they won't consider that a "disastrous outcome," just as we know that if Hillary Clinton had won in 2016, Team Obama's suppression of concern about Russian interference would have continued. "Disastrous outcomes" and "compromises" of the election are all about Democrats losing.

Note that Meg Kelly didn't take apart what conservatives consider cockeyed interpretations of the emoluments clause. The "fact checkers" often appear to be running a defense squad for the Left....on brand for The Washington Post.

We have ruled this Washington Post fact check is Deeply Distorted. For more, see our Fact-Checking the Fact Checkers site.