At the Daily Signal, John Cooper of the Heritage Foundation warned he had an unhappy experience with the "fact checking" unit at CNN. They reached out to Heritage for analysis of President Trump's recent comments about the American military's munitions stockpile when he took office. What Trump said was characteristically loose and non-specific: "I was told by a top general -- maybe the top of them all -- 'Sir, I'm sorry. Sir, we don't have ammunition.'"

Some 24 hours and multiple emails after the initial request, CNN published its “fact check,” claiming Trump severely exaggerated the sad state of the munitions stockpile when he became president, and also his impact on the rebuild since.

Just one problem: CNN completely omitted the wealth of data provided by a Heritage Foundation defense analyst demonstrating exactly the opposite to be true.... 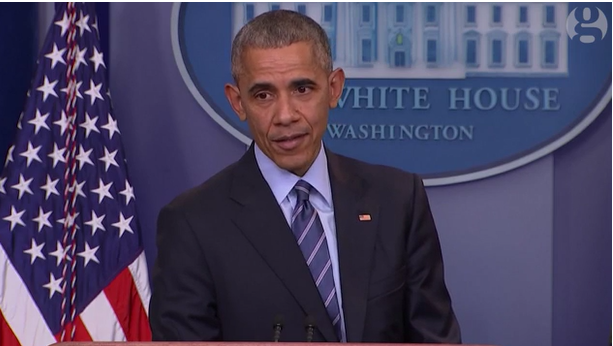 Using publicly available data from U.S. Central Command and the secretary of the Air Force’s Financial Management website, Venable showed that the joint force dropped more than twice as many precision-guided munitions (PGMs)—think “smart bombs,” like the JDAM (Joint Direct Attack Munition)—in just the last three years of the Obama administration than the Air Force could purchase during the full eight years of President Barack Obama’s tenure.

While Navy numbers were not included in the analysis to CNN, Venable did note that Air Force acquisition of precision-guided munitions dwarfs that of the Navy—analysis the numbers also showed to be true.

According to a 2018 Defense Department Selective Acquisition Report, the service purchased a total of 4,485 JDAM guidance kits during the eight years of the Obama presidency. When added to the 45,198 the Air Force purchased during the same years, the joint force collectively acquired 49,963 precision munitions, while it dropped around 96,000 in just the three years preceding Trump’s inauguration.

Dale acknowledged "According to military leaders, there was a shortfall in certain kinds of munitions, particularly precision-guided bombs, late in the Obama presidency and early in the Trump presidency." But somehow, Dale claimed you can't know exactly:

Critics of US military intervention abroad might note that one way the US could address a bomb shortage is by doing less bombing. Regardless, Trump wasn't making the whole thing up: Military leaders did make clear that they thought that the US was lower on certain munitions than it should be, though none of them publicly said anything like "we don't have ammunition."

It has never been clear how dire or how unusual the perceived shortage was, since the military does not release comprehensive data about ammunition levels. Michael O'Hanlon, a Brookings Institution senior fellow who specializes in defense strategy, said "no claims like Trump's should be taken at face value," but that we don't have the information to assess his claims in depth.

Cooper disagreed strongly that there was no information:

The evidence is overwhelming: The U.S. military was facing a dwindling precision munitions stockpile as Obama left the White House, and, all bluster aside, Trump has begun to erase it.

Unfortunately, CNN’s piece, which should have evaluated those very numbers, included none of them. Instead, the piece (“Fact check: Trump exaggerates on munitions shortage”) found Trump’s claim to be “a severe exaggeration.”

Despite having Venable’s analysis in hand, the author, Daniel Dale, wrote: “It has never been clear how dire or how unusual the perceived shortage was, since the military does not release comprehensive data about ammunition levels.”

When asked why such important details, which should have markedly changed the outcome of the fact check itself, were omitted, the fact-checker replied: “I very much do not think that JV’s data … was itself even remotely close to assess the extent of the shortage.”

We have rated CNN's fact check "Half Baked," since it chose to ignore specific facts about the subject of their Trump fact check. For more, see our Fact-Checking the Fact-Checkers site.