The Washington Free Beacon has unearthed a fascinating scoop about talk radio in the Clinton years using documents from the Clinton Presidential Library in Little Rock. The Democratic party developed an "elaborate, multi-year operation" in the mid-1990s that "deployed thousands of activists" to compete in the talk-radio wars after Republicans took the House in 1994. Yuichiro Kakatani reports: 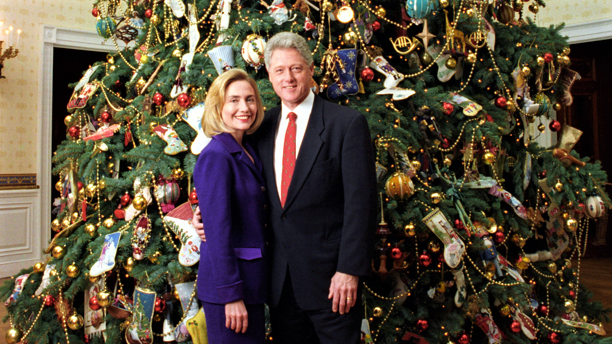 The Democratic National Committee (DNC), with the blessing of the Clinton White House, launched the Talk Radio Initiative (TRI) ahead of the 1996 campaign. The program trained thousands of operatives to call in to radio shows, conduct surveillance of their contents, and secretly disseminate Democratic talking points while posing as ordinary listeners.

"Volunteers must be able to keep the project confidential so as not to create the image of a ‘Democratic conspiracy' to infiltrate Detroit area talk radio shows," a 1995 TRI guide prepared by Michigan Democrats said. "Democratic performance in the 1996 elections will no doubt be affected by the success or failure of this initiative."

Rush Limbaugh and other talk-radio stars have long talked about "seminar callers" who called in to dish Democrat Party talking points. It turned out that "conspriracy theory" was spot-on accurate. Syndicated radio host Lars Larson told the Free Beacon "They seemed to come in waves...You would start getting seminar calls on Monday and Tuesday and you say ‘we are going to start getting these all week long,' as though someone has just put out the word that this is a point that needs to be pushed."

Documents showed this was overseen at the highest levels of the Clinton White House:

Democrats systematically trained more than 4,000 operatives in at least 23 states to lie about their identities, deflect difficult questions from hosts, and plant pro-Democrat messages on the radio waves.

"If you are afraid that producers are beginning to recognize your name and are weary of allowing you on the air, use an alias," the Michigan Democrats' TRI guide read. "For example, be Carol today, Sue tomorrow, and Debbie on Friday!"

The records also revealed that the Clinton administration consistently kept tabs on and coordinated with TRI, considering it a crucial pillar of the administration's plan to neutralize conservative radio in preparation for the 1996 election.

"My office is now coordinating closely with talk radio shops in the White House, Federal Departments and Agencies, the House, the Senate, and [the] ones I have helped set up in the State Parties," TRI Director Jon-Christopher Bua, an acting-coach-turned-DNC staffer, wrote in an April 1996 memo to the White House Deputy Chief of Staff Harold Ickes.

This tidbit is priceless: Bua "credited then-first lady Hillary Clinton with coming up with the initiative, while he was hosting a TRI seminar for feminists at the 1996 convention, according to a National Review dispatch."

It turns out there was a Vast Left-Wing Conspiracy, and Hillary was bringing it to fruition. Read the whole thing.