New York Times columnist Bret Stephens is doubling down on his fury at being described as a "bedbug" on Twitter by college professor David Karpf. He's still comparing this little Twitter insult to Hitler. His latest Times column was headlined "World War II and the Ingredients of Slaughter: The spirit of certitude that dominated the politics of the 1930s is not so distant from us today." 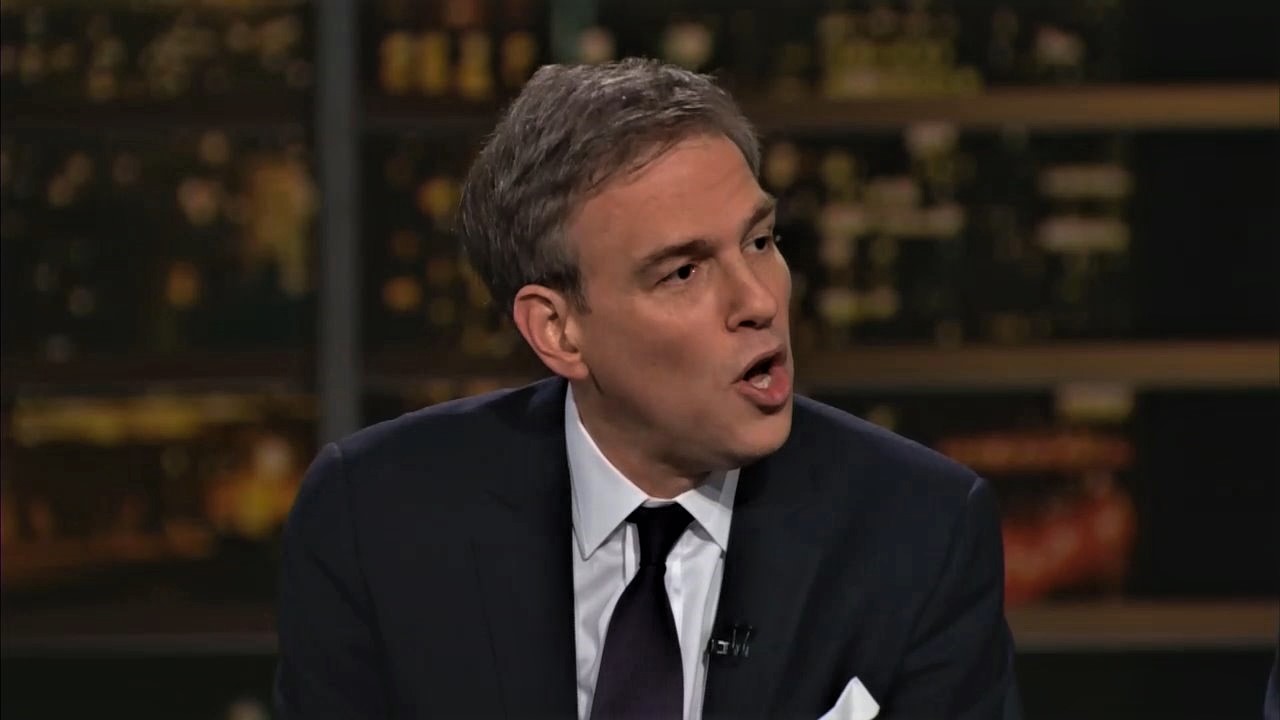 Radio then, like Twitter today, was the technology of the id; a channel that could concentrate political fury at a time when there was plenty to go around....

The political mind-set that turned human beings into categories, classes and races also turned them into rodents, insects and garbage. “Anti-Semitism is exactly the same as delousing,” Heinrich Himmler would claim in 1943. “Getting rid of lice is not a matter of ideology. It is a matter of cleanliness.” Watching Warsaw’s Jewish ghetto burn that year, a Polish anti-Semite was overheard saying: “The bedbugs are on fire. The Germans are doing a great job.”

The Washington Post reported on Saturday the column "to many, seemed to compare Karpf’s bedbug comment to Nazis’ persecution of Jews during the Holocaust — sparking a new round of ridicule and prompting commenters to marvel at Stephens’s ability to keep his name in the headlines." Like....the president he can't stand?

“So the Internet has been spending the entire week having good fun at [Stephens’s] expense, because he was taking himself way too seriously,” Karpf told The Washington Post on Saturday. “And then he had to find a way to take himself that much more seriously, by using his column space in the New York Times to call me, a Jew, a Nazi.”

...Karpf said the implication that his tweet is comparable to anti-Semitic denigration of Jews “doesn’t seem like a proportionate response.”

A link embedded in his piece connected to his own Google search for the phrase: “Jews as bedbugs.” (He has since cleared the phrase.) Left-wing critics were hottest in attacking Stephens, and that became a "Twitter Moment." Eoin Higgins of the site Common Dreams complained: 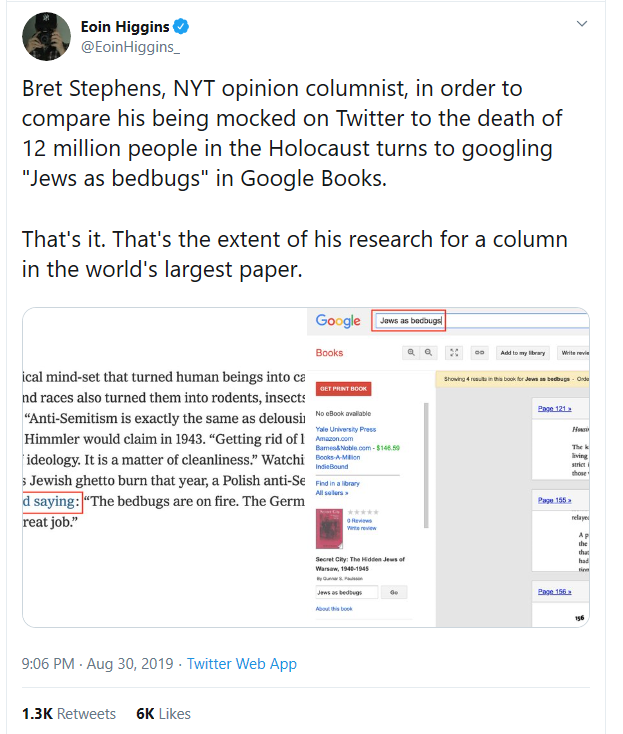 The @NYTOpinion Twitter account responded to the leftist @NYCSouthpaw: "The link was added by editors before publication to give readers a reference."

@NYCSouthpaw responded: "Among other questions, since they reviewed the source prepublication, I’d be curious to know what the editors make of its parenthetical that says the reference to bedbugs ought to be treated as literal. Why was that complication omitted for the column?"

The bedbug quote may not actually be in reference to Jews. “Professor Jerzy Tomaszewski” – a historian who taught at the University of Warsaw – “believes that ‘the bedbugs are burning’ should be taken literally: there was an infestation of bedbugs in Warsaw at the time which was generally believed to have originated in the ghetto,” the book reads.

Another tweeter noted Stephens compared Palestinians to mosquitoes in a 2013 Wall Street Journal column: "Only the Palestinians remain trapped in ideological amber. How long can the world be expected to keep staring at this four-million-year-old mosquito?" 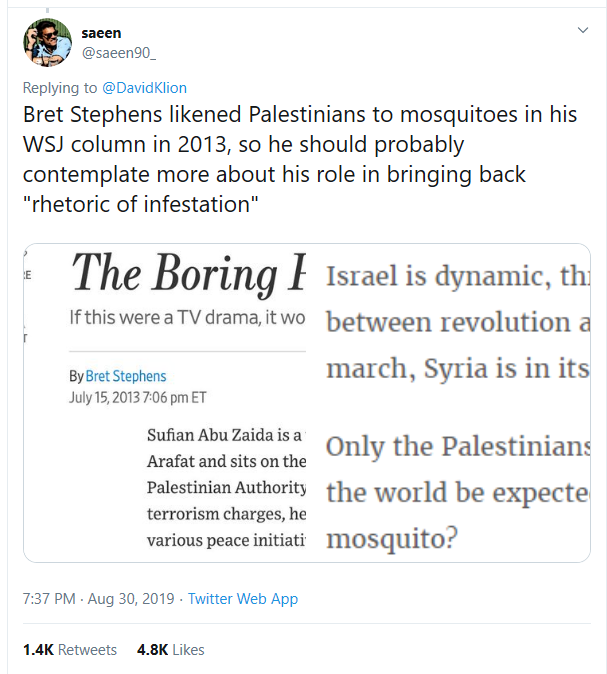 NB's Scott Whitlock noted earlier that Stephens also described Ted Cruz as a "serpent covered in Vaseline" who would sell his family into slavery. So he really doesn't stand on a moral high ground at all.