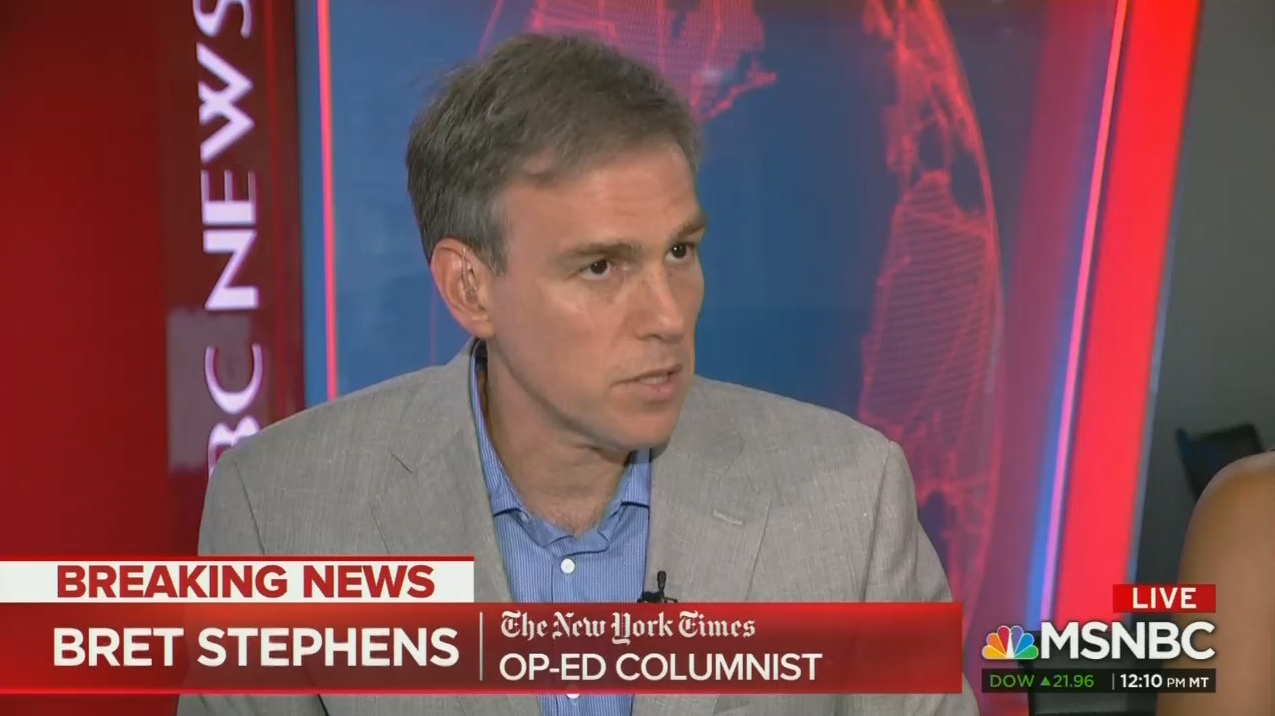 Don’t be cruel to Bret Stephens. The New York Times columnist, who compared Republicans to murderous dictators and said the “serpent” Ted Cruz would sell his family into slavery, doesn’t like being called a “bedbug.” Not only that, he’ll complain to your boss if you do such a thing.

It all started when word came out on Monday that there was an outbreak of bedbugs in the NYT newsroom. George Washington University professor David Karpf made a joke comparing Stephens to the annoying pests.

Karpf tweeted out the e-mail sent to him from Stephens. (It was also CC’d to the provost at GW.) Here is the e-mail in full: 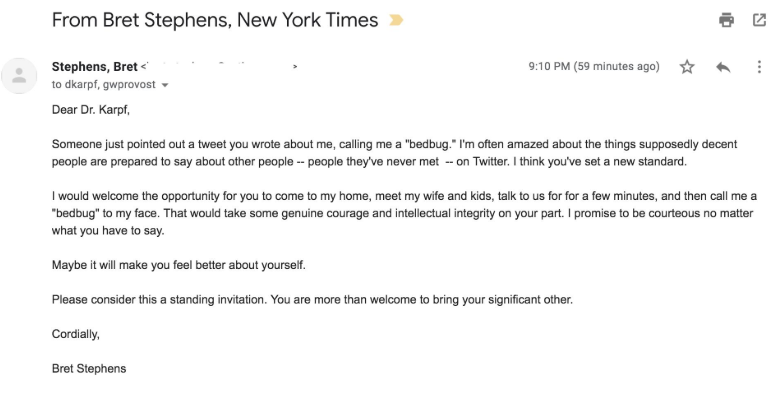 One might say that Stephens is a tad oversensitive. But hypocritical is another description. Appearing on MSNBC, Tuesday, to defend his actions, Stephens huffed, “Using dehumanizing rhetoric like bedbugs or analogizing people to insects is always wrong.... We can do better. We should be the people on social media that we are in real life.”

What type of person is Stephens in real life? Let's find out.

In August of 2017, he compared then-Secretary of State Rex Tillerson to a genocidal murderer: “Tillerson seems to be of a kind of Maoist school, maybe it’s like Pol Pot.” He later apologized.

In January of 2018, Stephens linked Trump to Venezuelan strongman Hugo Chavez: “It's ironic that a president who wants to build a wall with Latin America is actually importing a style of cult of personality politics that is reminiscent of Juan Peron, or actually of Hugo Chavez.”

When Trump isn’t Pol Pot or Chavez, he’s another dictator. In June of 2016, the writer sneered, “This reminds me of certain regimes around the world. The Maduro regime in Venezuela.”

In September of 2018, the MSNBC analyst was thrilled over his paper’s decision to publish an anonymous op-ed from a supposed “senior” Trump administration official. Stephens compared Trump to a drug addict:

What this sort of reminds me of are households in which a father or a mother have substance abuse issues and everyone in the family decides that instead of simply addressing that issue dead on, they’re going to cover for the person who is suffering from substance abuse.

Stephens isn’t a fan of Cruz either. In September of 2018, he slimed the senator as someone who would sell his family into slavery, ranting, “He's like a serpent covered in Vaseline.” At least he didn’t call Cruz a “bedbug” though.

In September of 2017, the NYT journalist attacked those who would dare criticize Colin Kaepernick, calling it “quasi-fascism.”

These examples all seem slightly worse than “bedbugs.” Proving that he can dish it out, but can’t take it, Stephens on Tuesday quit Twitter. George Washington University publicly responded to Stephens, defending its professor: 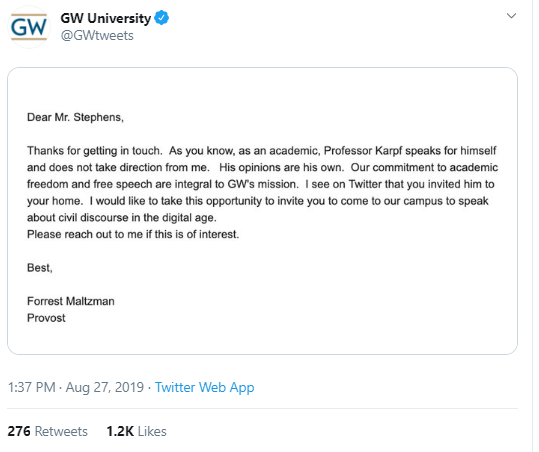