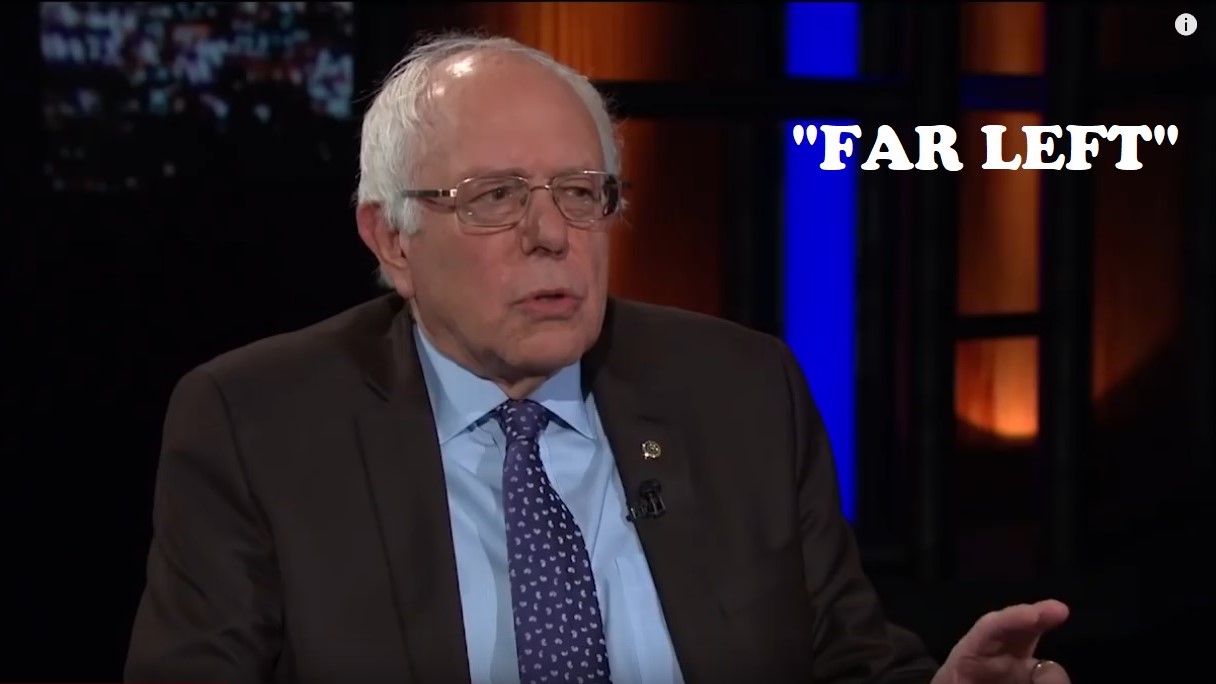 One of the ways that "objective" reporters betray a liberal bias is in the use of ideological labels. Journalists warn people about "conservative" groups, while the liberal groups they favor aren't described as liberal, but with ameliorative PR terms like "civil rights groups," "environmental advocates," and "women's groups."

My little media-bias maxim is "The epic political battles of our time are fought between the staunch conservatives and the nonpartisans." This is especially true of politicians: socialists like Bernie Sanders aren't "far left," but everyone supporting President Trump is easily on the "far right."

David Rutz at the Washington Free Beacon offered new evidence by studying a New York Times blog called "The Interpreter," authored by Max Fisher and Amanda Taub, both formerly at the liberal blog Vox. Their stories can end up on the front page of the paper. The tilt was dramatic:

The Washington Free Beacon analyzed more than 50 stories that mentioned the political "right" or "left" around the globe written by Fisher and Taub for the blog, which began in 2016. The emphasis on coverage of the political right in comparison to the left was stark.

There's not just that tilt. Then there's how often the labels are thrown within each story:

In a lengthy article headlined "How YouTube Radicalized Brazil," which appeared on Tuesday's front page, Fisher and Taub used the phrases "far right" and "right-wing" 15 times. It described President Jair Bolsonaro as a "star in YouTube's far-right community" before becoming president last year.

A piece by Taub headlined "Why Democracy Feels Like a Dangerous Game" on Dec. 1, 2017, mentioned the "far right" 12 times alone.

It isn't always consistent in its political labeling. A report on corruption scandals embroiling former left-wing presidents Dilma Rousseff of Brazil and Cristina Fernández de Kirchner of Argentina didn't provide a label for either of them, while this 2017 Interpreter story mentioned Rousseff's "left-wing party."

Furthermore, stories about Venezuela omitted the "far left" label to describe the failed socialist government there under Nicolas Maduro.

As we've noted repeatedly at NewsBusters, the Times is allergic to describing Venezuela's government as "socialist," especially when described its basket case of an economy. Rutz noted the same pattern overall at the nation's most "prestigious" newspaper:

The New York Times overall is far more likely to use the labels "far-right" and "right-wing" than "far-left" and "left-wing" in its reporting, a search shows.

Geezer Alert: I did this kind of a study for our old monthly newsletter MediaWatch back in 1991 with The Washington Post:

Post reporters used "right-wing" 394 times, but "left-wing" only 87 times, a ratio of about 9 to 2. When analysts studied "extreme" variants of these terms (such as "far right" and "extreme left"), Post reporters referred to the right 106 times, the left only 24.