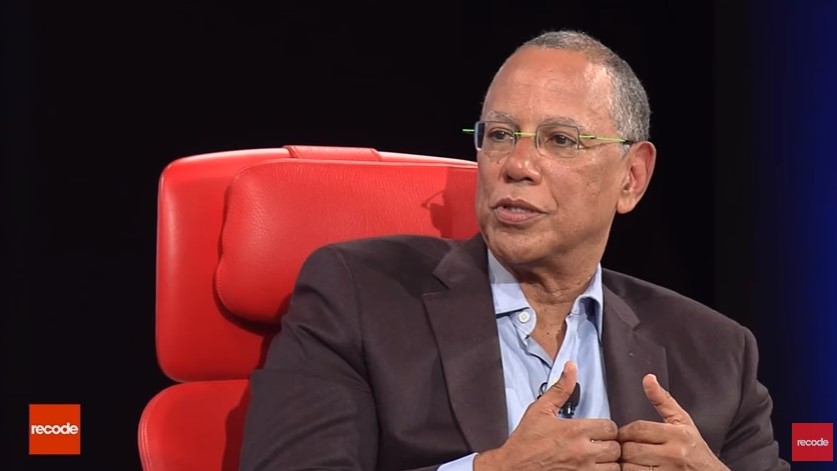 One of the most interesting stories at The New York Times is the fierce battle within the newspaper to drag it further to the left than it already is. The internal fury over the Times recently printing a blandly objective headline about Trump -- "TRUMP URGES UNITY VS. RACISM" -- resulted in an internal "town hall" meeting, and it appears the leftists leaked the transcript to the liberal website Slate. Executive Editor Dean Baquet began his remarks by boasting about coverage of Russian collusion conspiracy theories.

"We built our newsroom to cover one story, and we did it truly well," Baquet said. "Now we have to regroup, and shift resources and emphasis to take on a different story." In other words, stick a fork in collusion. We need a new approach to taking down Trump, "to write about race and class in a deeper way than we have in years."

Baquet declared "Chapter 1 of the story of Donald Trump, not only for our newsroom but, frankly, for our readers, was: Did Donald Trump have untoward relationships with the Russians, and was there obstruction of justice? That was a really hard story, by the way, let's not forget that. We set ourselves up to cover that story. I'm going to say it. We won two Pulitzer Prizes covering that story. And I think we covered that story better than anybody else."

Then the Mueller report came up empty on any collusion, which raises questions about the news judgment of the Times -- and the Pulitzer Prize juries, which have a very similar axe to grind.

"The day Bob Mueller walked off that witness stand, two things happened," Baquet continued. "Our readers who want Donald Trump to go away suddenly thought, 'Holy shit, Bob Mueller is not going to do it.' And Donald Trump got a little emboldened politically, I think. Because, you know, for obvious reasons. And I think that the story changed. A lot of the stuff we're talking about started to emerge like six or seven weeks ago. We're a little tiny bit flat-footed. I mean, that's what happens when a story looks a certain way for two years. Right?"

That's how you describe it when your conspiracy theory crashes and burns like the Hindenburg. "We're a little tiny bit flat-footed."

Baquet knows that the Times readers wanted Trump removed from office, ASAP. They're hardcore Democrats and socialists. He said "our readers and some of our staff cheer us when we take on Donald Trump, but they jeer at us when we take on Joe Biden. They sometimes want us to pretend that he was not elected president, but he was elected president. And our job is to figure out why, and how, and to hold the administration to account. If you’re independent, that’s what you do."

Most of the questions from Times staffers concerned the reluctance of Baquet and other editors to use the word "racist" directly to describe Trump...and the entire history of America, right up to the present day. This staffer question in general caught a lot of attention:

I have another question about racism. I’m wondering to what extent you think that the fact of racism and white supremacy being sort of the foundation of this country should play into our reporting. Just because it feels to me like it should be a starting point, you know? Like these conversations about what is racist, what isn’t racist. I just feel like racism is in everything. It should be considered in our science reporting, in our culture reporting, in our national reporting. And so, to me, it’s less about the individual instances of racism, and sort of how we’re thinking about racism and white supremacy as the foundation of all of the systems in the country.

You can't argue white supremacy is "the foundation" of all America without suggesting most white Americans believe in (or are comfortable with) the notion of white supremacy. That is an interesting way to present yourself as an "independent" newspaper and expect people to see you as objective and focused on facts.