A 'Distraction'? PolitiFact Punts on Reckless Ferguson 'Murder' Talk by Harris and Warren

On Tuesday, we noted PolitiFact linked to The Washington Post and FactCheck.org declaring Senators Kamala Harris and Elizabeth were factually wrong to claim Michael Brown was "murdered" by policeman Darren Wilson in Ferguson, Missouri five years ago. On Wednesday, PolitiFact's Louis Jacobson took on the fact-check....and then proclaimed they would NOT put this lie on their "Truth-O-Meter." 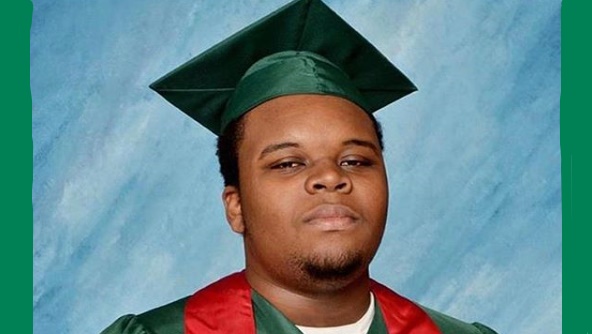 There is no question that Wilson killed Brown, and there’s strong evidence that it was not accidental.

In discussing the case with legal experts, however, we found broad consensus that "murder" was the wrong word to use — a legal point likely familiar to Harris, a longtime prosecutor, and Warren, a law professor.

In fact, two other Democratic senators with law degrees now running for president — Cory Booker and Kirsten Gillibrand — more accurately referred to it as a killing.

That said, experts who have studied police-related deaths and race relations said that focusing too much on the linguistics in controversial cases comes with its own set of problems....

Because the significance of Harris’ and Warrens’ [sic] use of the word is open to some dispute, we won’t be rating their tweets on the Truth-O-Meter.

This decision underscores once again how this completely subjective this "fact checker" racket is! In other words, PolitiFact is saying "the Democrats here are wrong, but academics tell us that pointing this out is a distraction from the real issue of police brutality."

Let's remind everyone that PolitiFact never made a Truth-o-Meter ruling on Elizabeth Warren claiming to have Native American ancestry. From today all the way back to her 2012 Senate campaign, PolitiFact has NEVER rated Warren as less than "Half True."

Harris, by contrast, has seven "False" or "Mostly False" ratings. Maybe she can claim this disparity is racially inspired.

-- Jean Brown, a Texas Christian University professor who "specializes in media representations of African Americans," claimed that disputing highly emotional terms like "murder" is "a distraction that doesn’t help the discussion."

-- Melita M. Garza, author of the book They Came to Toil: Newspaper Representations of Mexicans and Immigrants in the Great Depression, said that it’s common for people to talk past each other on matters of race and ethnicity. "That is doubly so when contemporary events have visceral past parallels whose indelible images are still rooted in our public memory."

How does this not sound like insisting no one should correct people whose "indelible" impression is Brown saying "hands up, don't shoot"?

-- Joy Leopold, an assistant professor at Webster University in Missouri who has studied the Brown case, lamented a focus on "smaller issues of legal terminology" like saying Brown was murdered. "Focusing on the language opens up the opportunity for some to discredit the conversation about police brutality and the criminal justice system in general."

PS: Meanwhile, Snopes.com is still skipping this Brown-murder lie, devoting its meager resources to silly "satire checks" like this one: "Did U.S. Rep. Ilhan Omar Propose Nationwide Ban on 'Unhealthy and Immoral' Bacon?"

The site Daily World Update is mocking the Red States, with the motto "Satire for Flat Earthers, Trumpsters, and Y'All Qaeda." The author "Flagg Eagleton" complained "this is just another case of Musslamic Shakira Law in action."

We have rated this Politifact fact-check as Half Baked. For similar analyses, please visit our Fact-Checking the Fact-Checkers site.