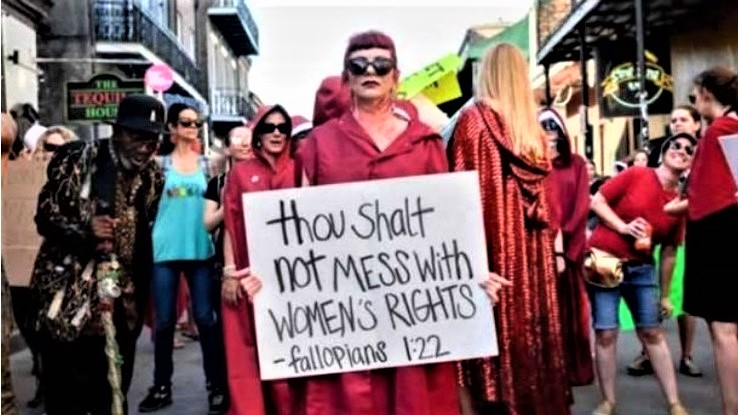 Abortionists like Colleen McNicholas assisted HuffPost into a snarky article headlined "The Lawmakers Behind ‘Fetal Heartbeat’ Abortion Bans Are Lying To You." Dr. McNicholas huffed “To say that a six-week pregnancy has a fetal anything is incorrect,” since it's technically an embryo.

This would explain why a Wednesday story by Times reporter Alan Blinder -- listed by the paper as an "American South Social Justice expert" for students -- is pulling out weasel words instead. It began:

On the heels of a spate of anti-abortion legislation passed in recent months across the South, Louisiana lawmakers voted on Wednesday to ban the procedure after the pulsing of what becomes the fetus’s heart can be detected....

Several other states have passed versions of so-called fetal heartbeat bills this year...

Then Blinder tossed in the term "embryonic pulsing," like it's not quite a human yet. This is more philosophical than medical:

A State House vote on Wednesday moved the abortion measure to the governor’s desk, after lawmakers rejected a series of amendments including an exception for cases of rape or incest. The measure would require an ultrasound test for any woman seeking to terminate a pregnancy, and forbid abortion if the test detects embryonic pulsing — which can occur before many women know they are pregnant.

Wired rounded up a group of ob-gyn/abortion advocates for an article insisting "'Heartbeat' Bills Get the Science of Fetal Heartbeats All Wrong."

[T]here’s a very immature cardiovascular system,” says Jennifer Kerns, an ob-gyn at UC San Francisco...The rhythm specified in the six-week abortion bans, she says, “is a group of cells with electrical activity. That’s what the heartbeat is at that stage of gestation … We are in no way talking about any kind of cardiovascular system.”

“What’s really happening at that point is that our ultrasound technology has gotten good enough to be able to detect electrical activity in a rudimentary group of cells,” [ob-gyn Sarah] Horvath says.

As the ob-gyn Jen Gunter wrote three years ago, this is, more technically, “fetal pole cardiac activity.” It’s a cluster of pulsing cells.

In 2016, researchers at the University of Oxford published an amazing new study about how early a human being’s heartbeat begins. They found that the heartbeat may begin earlier than initially thought, as soon as 21 days of pregnancy.

The language that the world-renowned scientists used did not mention “embryonic pulsing” or “so-called.” They used words like “heartbeat,” “human embryo” and “heart muscle.”

“First of our three billion heartbeats is sooner than we thought,” the university wrote in its news release about the research. Later, it noted, “The heart is the first organ to form during pregnancy and is critical in providing oxygen and nutrients to the developing embryo.”