Sunday's Washington Post pushed the new liberal sensation on Broadway: a play called What The Constitution Means to Me, written by Heidi Schreck. Here's your spoiler on the plot: the Constitution has never been great. In March, NPR's Fresh Air promoted Scheck under the headline "How Women Have Been 'Profoundly' Left Out Of The U.S. Constitution." NPR summarized: "As a teen, Heidi Schreck debated the Constitution in [American Legion] competitions. As an adult, she saw how it shortchanged the women in her family."

Post drama critic Peter Marks marked the play's success by channeling the thrills Harvard professor Laurence Tribe got up his leg over the whole thing. He was "almost embarrassingly ecstatic," he told the playwright: 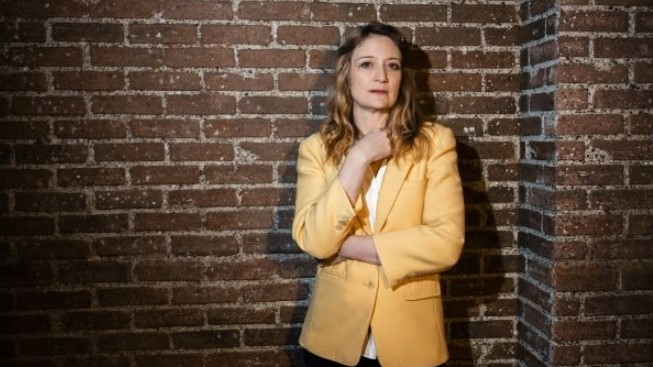 NEW YORK -- Last fall, Laurence Tribe fell headlong into love. Legalistic love, that is. It was a platonic affair of the mind at the New York Theatre Workshop in the East Village, where he had secured a ticket to Heidi Schreck’s whip-smart piece about the framers’ masterpiece: What the Constitution Means to Me.

"I was ecstatic,” the 77-year-old scholar said of the play. Tribe, the author of the seminal legal textbook American Constitutional Law, is such a sought-after authority on democracy-building that he helped write constitutions for the Czech Republic, South Africa and the Marshall Islands.

Marks also touted Tribe's latest book To End a Presidency: The Power of Impeachment, and gushed that "drama" was added this night as he sat next to Tribe, and seated in front of them was Dayna Steele, "a Democrat who just ran unsuccessfully for the House of Representatives in a conservative Texas district."

Schreck told NPR that her great-great-grandmother came to America in 1879 from Germany as a "mail-order bride." Marks  added that Schreck also recounts how her mother, as a teenager, "had to testify about the beatings of Schreck’s grandmother by her second husband." So immigrants and "people of color" are also listed as failed by the Constitution.

As she discussed getting an abortion on NPR, Schreck said she was "very liberal," but the L-word never made it into the Post article. The drama critic concluded with a hat-tip to President Obama as they listed admirers of the Constitution:

Who knows? Maybe the success of What the Constitution Means to Me will spur others to bond over the document’s interpretive mutability. The Constitution’s admirers, of course, are already multitudinous and, as Tribe noted, include the immediate past U.S. president.

Barack Obama was Tribe’s assistant, back when he was a freshman at Harvard Law, and the professor recalled how much the Constitution meant to a law student destined to be a political star. “He loved the part of the preamble that said: ‘To form a more perfect union.’ ”