On Christmas Morning, Lutheran Pastor on ABC Compares Illegal Aliens to Jesus and His Family

To their credit, ABC's Good Morning America marked Christmas morning by having in three Christian pastors to discuss the life of Christ and the Christmas message. The guests were Episcopal bishop Michael Curry (he appeared all over television), Rev. Heidi Neumark of Trinity Lutheran Church in Manhattan, and Catholic Cardinal Timothy Dolan, also based in Manhattan.

ABC host George Stephanopoulos threw immigration into the discussion, and a "global crisis of refugees." Rev. Neumark, who wrote a book on how she learned she had Jewish ancestry after years as a Lutheran pastor, didn't mention President Trump by name, but compared immigrants at our border to Jesus and his family:

GEORGE STEPHANOPOULOS: I also -- Looking at your personal story and talked about welcoming everyone and your father a refugee from Germany. And we all know there's a global crisis of refugees right now.

REV. HEIDI NEUMARK: Yes. Yeah, there is a global crisis of refugees. My own father was a refugee from Nazi Germany from hate and violence there and where my grandfather was murdered, so I wouldn't be here today if he was not welcomed when he came here as a refugee. And we see in the Christmas story where Jesus and his family had to flee the hate of Herod and escape to Egypt. So I think that tells us that when we see refugees at our border, we also see Jesus and his family there among them. Because he said when you welcome -- when you welcome a stranger you welcome me.

Christianity does call on its faithful to see the humanity of every person, as one of God's creatures. It is truly universal and not national in that theme. But that can be taken to an extreme, where somehow insisting on border security is compared to a Satanic agenda. Here's a bit of a sermon posted on the website of Neumark's church: 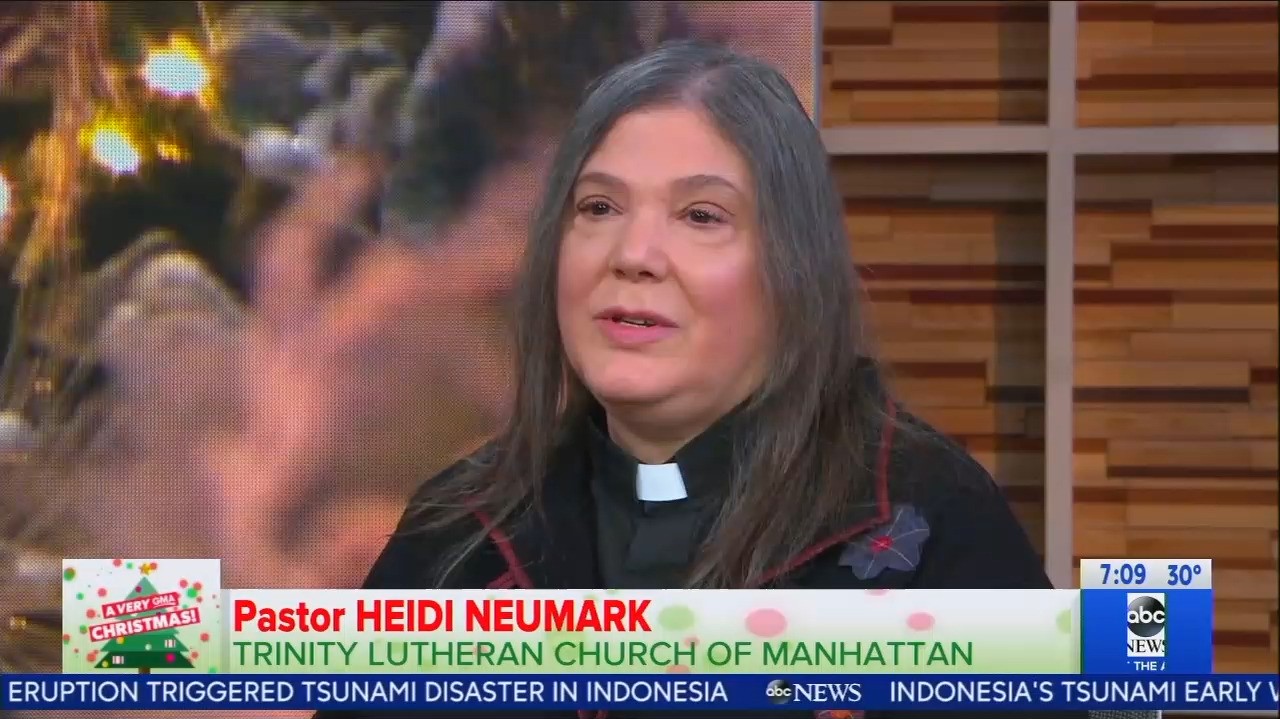 Good fences make good neighbors. The hell they do. Such fences cause Palestinians to die before ambulances can reach them in time.Such fences send families of Mexicans and Central American refugees to freeze or heat to death in the desert. Such fences bring international tensions to the boiling point.

In other words, Neumark seemed to be echoing the "refugee baby Jesus" line of socialist hero Alexandria Ocasio-Cortez.